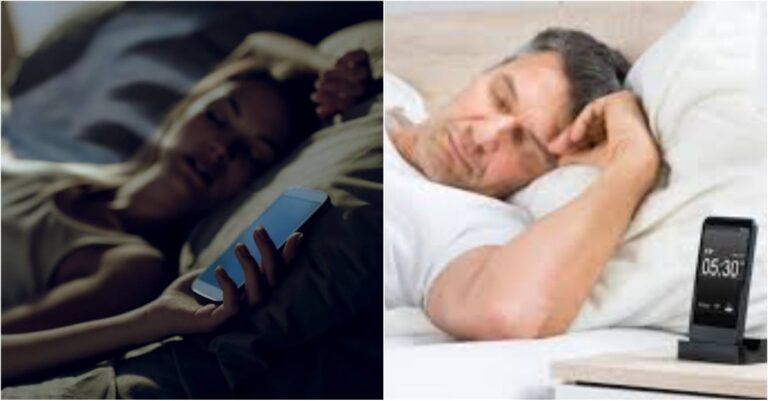 While there is an app for almost everythingthese days, there is one that is used a lot by many people all around the world – a sleep-monitoring application called Sleep As Android. The app is primarily designed to note and record and disruptances observed while the user is asleep.

In one chilling and eerie experience, a user called “Jenny” reported a bizzare incident that took place with her use of the application. Jenny took to Reddit to report of an incident that may appear to have been a drawback of using the app. Going by the handle “Redwantsblue80”, Jenny shared the recording that will probably terrify her from sleeping again.

After one specific night, Jenny replayed the recordings of the application the next morning. She was puzzled to hear a strange clicking noise which started around 2:04 AM. It can be heard getting progressively louder as each hour passed. But that is not the worst of it yet.

Following the clicking sound with a few hours, Jenny can hear her own sleepy voice mumbling “What are you doing?” The following audio excerpt contains her words right after the 8-second mark.

What follows next is a a deep manly voice with responds with “Nothing.” Jenny shares that there was no one else with her in the house, male or female. The same male voice can be heard once more later in the audio but it is hard to distinguish what he says. It sounds either like “That’s them” or “I’m dead.”

In her post, Jenny shares: “I am pretty creeped out by this. I don’t remember being awake that night. The only plausible explanation is that I answered my own [sleep-talking]… but the voice doesn’t even sound like me or something I could emulate.”

A lot of comments on the Reddit thread speculate about what might have occurred. Some people share the view that it might have been a home invasion. But, Jenny reported that there were no signs of a break-in.

It is very clear that the male voice could not have been Jenny’s as they do not share the same frequency. An enhanced version of the audio can be found below: