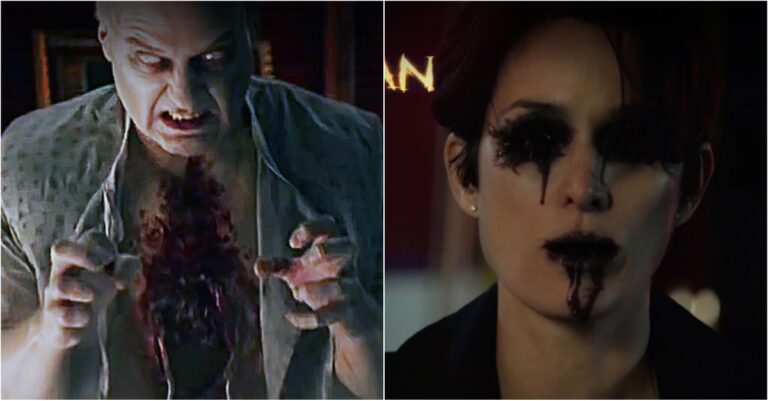 ­With Halloween drawing so close, thousands of horror enthusiasts and fans from all over the world are in search of frightening experiences. One of the best ways to enjoy a great spooky holiday this October is to watch chilling horror movies – especially if you are spending the holidays alone. Once you start watching, you won’t feel so alone anymore.

Out of the countless new released coming forth, the following 7 selections are great and creepy book adaptation that are a must watch.

Scare Factor: Forget sleeping for the next few days.

Three college students mess around with Ouija board and end up getting in contact with a psychic serial killer. What is creepier is the fact the author of the book said that it was based on a true story.

If you thought 50 Shades of Grey was too vanilla, then get ready for the horror version of it. Gerald’s Game is another book adaptation of King’s 1992 novel. It features a couple who indulge in a s** game in order to rekindle their marriage. However, things take a turn when the husband passes away mid s** leaving the wife handcuffed to the bed in a distant and remote lake house. The movie is available on Netflix.

Scare Factor: It will have you jumping out of your seat.
The third film in the Ring franchise, it is based on the 1991 novel by Koji Suzuki. It tells the tale of a man who stumbles upon a cursed videotape. This film is being released 13 years after The Ring. The film can be viewed on Redbox or Amazon.

Scare Factor: A scene involving a young white male who runs down a crowd with his car – something that hits a little close to home.

Yet another book adaptation from a famous King novel, the film is about a creepy serial killer who is on the hunt for a down-and-out detective. He sends him a series of eerie emails and letters. It is a film to scare you out of your wits.

Seeing how there are just about dozens of adaptations of Stephen King books, it is important that we mention It. The film is about a group of young kids who come face to face with an unthinkable horror which transcends into various forms one of which is the infamous Pennywise clown.

This film is based on the 007 Norwegian crime novel written by Jo Nesbø. It is about the tale of an inspector following a serial killer who decapitates his victims and creates snowmen with the heads. The Snowman will be hitting theaters on 20th of October.

Based on the book series by author Charlaine Harris, Midnight, Texas is about a distant town in Texas that teeters on the edge of hell and life. Supernatural beings such as witches, vampires, demons and shapeshifters join forces to combat the outside world.

This list of films ranges from horror to gore to creepy and downright terrifying. You are bound to find a film to suit your needs this holiday season. Are you ready for the creeps to set in?