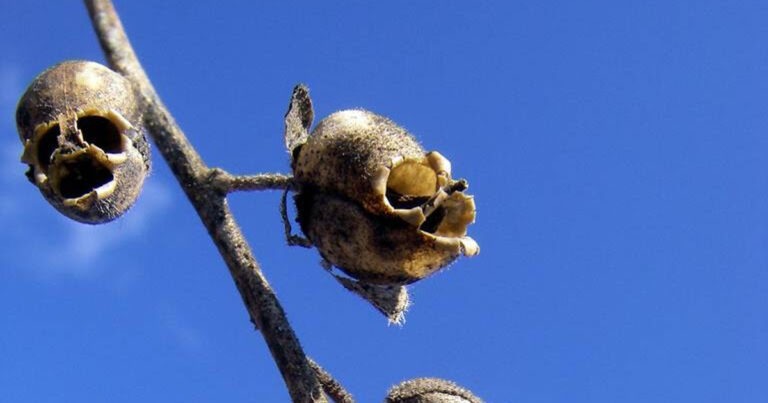 A lot of people may be familiar with the popular Antirrhinum or Snapdragon flower which can be seen in gardens and in the wild across not only the United States but also Europe and North Africa and the snapdragon can typically grow from anywhere between six inches and three feet! They first got their name from the way in which the petals of the flower resemble the face of a dragon when they are squeezed. But it is not until they wither and die that a more macabre side to the flower makes itself known.

The dried seedpods of the flower turn into something resembling tiny freakish skulls, from their domed heads to eye and mouth sockets!

Their freakish appearance has earned them a place in many myths and concoctions throughout history, including the belief that if a person was to eat the raw seedpods then they would gain eternal youth and if you grew them in your garden then you would be protected from deceit, curses, and witchcraft.

Because of the way in which the flowers in bloom are such a contrast to the morbid visage of the dying pods the snapdragon plant has also been seen as a symbol that signifies duplicity and deception. However according to a few sources during the Victorian era if you concealed a snapdragon flower on your person you were considered to be gracious and fascinating.

Even under an electron microscope, the seeds of the snapdragon are somewhat menacing. The way in which the predominant features of the seed pod’s ‘face’ make it seem, if anything, more terrifying.

As far as supernatural flora goes we definitely think the snapdragon is one of the front runners, but do you have any growing in your garden? Let us know your experiences with this peculiar plant in the comments.