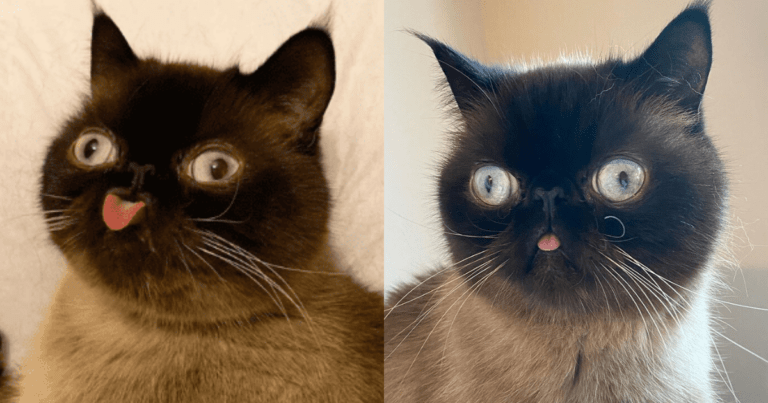 During these challenging times, when nothing but tragic news becomes the major headline day after day, we must acknowledge and pay our respects to the people who are bringing joy amidst the crisis.

In their absurd or just charming kind of ways, they play a crucial part in providing the much-needed balance to our recent condition.

These “heroes” come in different forms. They can be a very cute cat like the one we are featuring today, Ikiru.

Ikiru was labeled by many as the “King of the Bleps” because of how he flaunts his tongue in a proud, but also a very shy, manner. Bleps are the cute term you call when an animal sticks a small part of their tongue. There is no definite reason why they are doing this, but who’s complaining right?

Ikiru is the feline child of Rich and Emma, who lives in Yorkshire, England. When raising this adorable furball, they had to consult an animal expert to talk about his health. They noticed that he doesn’t always hang his tongue out, and a more definite explanation of why they are doing this remains a question. Is it his way of quirk? A part of expressing his feelings? His mannerisms? What if he just does this just because he likes to?

Don’t worry, Ikiru was very healthy and according to the animal expert, he has a very beautiful set of teeth.

Of course, Ikiru’s name came from his human parent’s favorite Akira Kurosawa film, which when translated to Japanese means “living” or “to live.”

According to his human parents, “Ikiru is affectionate, loving, and grumpy in the best way. He is also endlessly amusing and very playful, and one who stares at you upside down from the corner.”

In case, people don’t know it, Ikiru is an Instagram star. His account @neko.ikiru.san currently holds 125k followers. Here are some of his cute pics:

What are your thoughts on Ikiru, the feline “King of Bleps”? Share your reactions in the comments section below.