Freaked DISCOVER THE ART OF PUBLISHING
Home Creepy Do You Have A Case Of Thalassophobia – Fear Of The Sea? 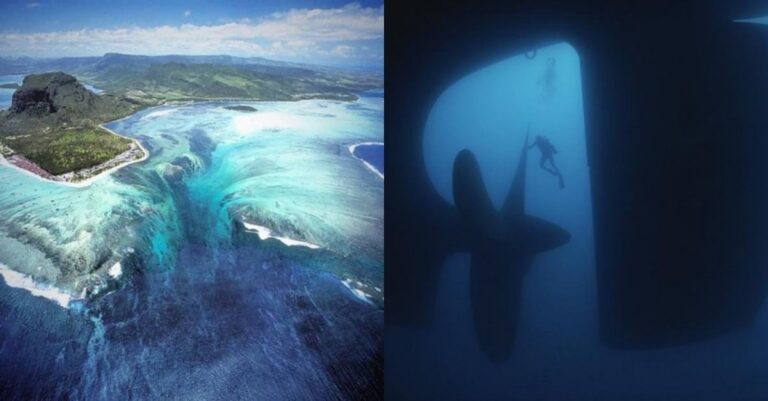 A lot of people are pretty certain about what phobias they have. However, one of the phobias that evade recognition is “thalassophobia”. In fact, most people are unaware of the term or what it even means. Thalassophobia is the fear of the sea or large, deep water bodies. By now you must be scowling and thinking “nah, I don’t think so”. How about we give you a change of mind?

Has it ever occurred to you what it is like to be engulfed by the dark waters, immersed out of sight and out of mind?

As long as you can see the ground, the water is alright. But, what happens once you encounter an ocean’s blackhole?

Seaweed Or Devils Of The Underworld?

Not exactly threatening, seaweed however can resemble your darkest nightmares.

Not many are aware of what a chasm is. Imagine an underwater fissure that drops off into nowhere.

Jellyfish sure look adorable on a screen. But, encountering a giant one on your diving expeditions is horrifying.

As majestic as they may be, there is no denying the knot in our throats just looking at that.

Terror In The Finest Form

There is nothing more terrifying than the calm, slow submerging body down into depths you can only begin to fathom.

There is fairly less known to humans about the oceans and what lies underneath. However, one thing they got straight is the fact that the deepest point below the surface of the water is 11 kilometers down. That is deeper than the highest mountain in the world. Imagine inverting Mount Everest and submerging it into the oceans and the tip would still not touch the bottom. Think you don’t have thalassophobia? Think again.