Freaked DISCOVER THE ART OF PUBLISHING
Home Creepy The Overlook Hotel: The Inspiration Behind One of The Spookiest Settings in Fiction 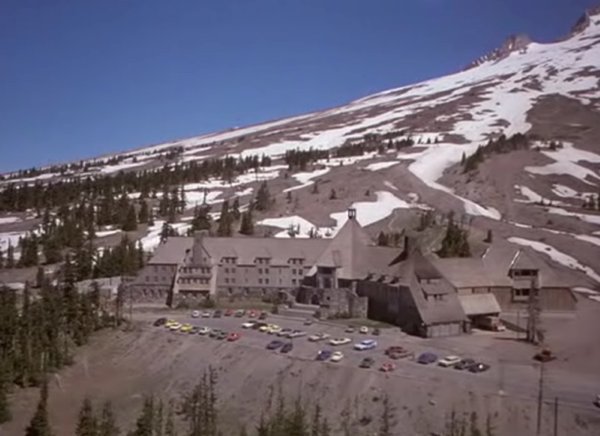 The Shining is one of Stephen King’s most legendary works, and the creepy psychological horror lives long in the memory of those who read it. Despite the author himself saying he wasn’t pleased with Stanley Kubrick’s adaptation, the iconic 1980 movie is also considered among the best horror films ever made. Part of what made The Shining so haunting was the isolated hotel in the middle of nowhere. In the story, this was known as the Overlook Hotel. In fact, King found inspiration from a real-life hotel for this iconic setting.

Some people who read or saw The Shining may not be aware that it was inspired by a real hotel. It is hard to imagine somewhere so eerie actually existing and open for business in the real world. But it was indeed based on an actual location in the United States. King stayed at the massive Stanley Hotel in Colorado, and it was this spot which inspired him to write his 1977 bestseller. The 142-room Colonial Revival hotel was also used in the 1997 TV miniseries adaptation, which was written by King and stayed much closer to its source material. It didn’t appear in Kubrick’s film, however.

Despite inspiring the author decades ago, the Stanley Hotel of today is nothing like the setting used in King’s book. In fact, it is actually quite a luxury location with modern amenities, designed to attract upper-class easterners. The classic furnishings in the rooms and views of the Rocky Mountains could rival some of the most luxurious casino suites in the world, such as the Hotel de Paris & Casino in Monte Carlo or Las Vegas’s own, world-famous Bellagio. So what was it that inspired King to use it?

What Made This Such a Good Horror Setting?

Let’s not forget that although a hotel as the setting of a thriller/horror flick may sound quite common these days, it was quite innovative back in 1977, when the novel was first published. King said that he liked the idea that hotels were superstitious places. The walls of these buildings see so much, and that includes death. The vastness of the Stanley Hotel gave King the idea that anything could happen in the sprawling hallways and various rooms in the darkest corners of the buildings.

In fact, in the real Stanley Hotel, one of the rooms is said to be haunted by the ghost of a past guest. This is reported as King’s inspiration for Room 217 – one of the most disturbing parts of The Shining. In King’s novel, the vast space was only occupied by a few people and there were no guests staying in the building. This gave the feeling that the inhabitants were completely shut off from the rest of the world. For a good horror to work, the reader or viewer needs to have the impression that there is no outside help coming to rescue the people in peril. This worked well with the mountain-based hotel in The Shining.

There is no doubt that the Overlook is one of the most memorable settings ever for a horror story. Fans of The Shining may like the idea to visit the Stanley Hotel, to get a better idea of how the legendary author found his inspiration for the novel.