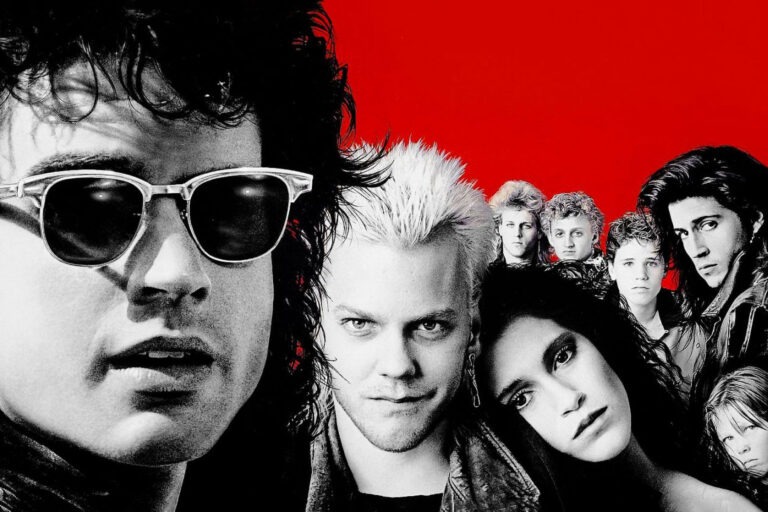 The CW remains to be a breath of fresh air to viewers as it pushes the boundaries and brings us lovable television on a consistent basis, and that was no different when they announced the revival of the 1980’s cult classic, The Lost Boys, which will now be transitioned over to the small screen.

Since its announcement, fans have been eagerly awaiting the reveal of the cast who will be the successors to the outstanding Kiefer Sutherland and co. and now the three lead actors have finally been disclosed.

Branden Cook will lead the cast when he plays Garrett, the eldest of two brothers who have moved to the North Carolina seaside community with their mother. He is comparable to Michael in the movie, which was portrayed by the incredible Jason Patric.

Lincoln Younes is all set to play Benjamin, the charming and charismatic leader of the town’s gang of vampires. Benjamin is the television show version of David, the vampire perfectly played by Kiefer Sutherland almost 33 years ago.

The final known lead will be Ruby Cruz who is going to play Elsie, a version of Jami Gertz’s Star from the original film. Elsie is going to spark an interest with the new boy in town, Garrett.

Cook is going to have some work to do with Garrett if he wants to compare to Jason Patric’s portrayal of Michael, as he is virtually a new actor, being credited for just three pieces of television dating back to 2017.

Ruby Cruz is a little more experienced and has featured in Hulu’s Castle Rock where she played a teenage Annie and CBS’s Blue Bloods where she appeared in one episode playing Amanda Webster.

Lastly, Lincoln Younes is the most accomplished among the known cast and has been acting professionally for over a decade. Younes is most known for his work in ABC’s Grand Hotel, Fox Showcase’s Tangle, and the Australian television soap opera, Home and Away.

There is no official date set for when The CW’s The Lost Boys will begin production.