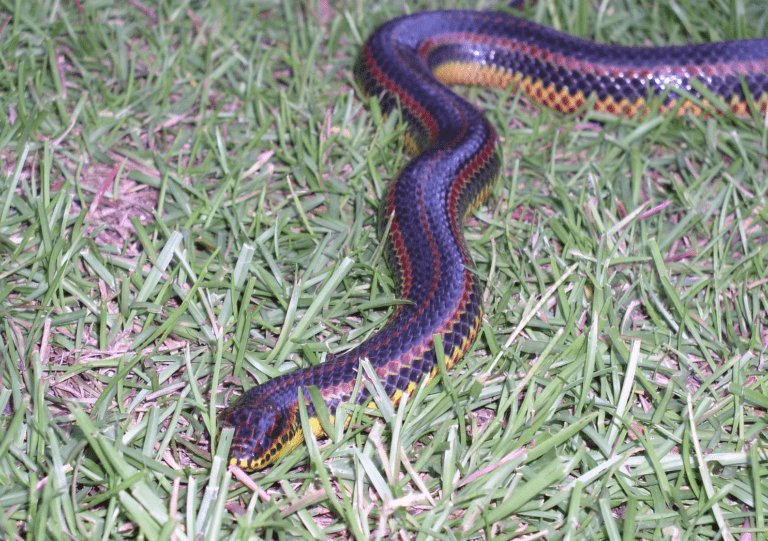 The rare species Farancia erytrogramma known commonly as the rainbow snake or eel moccasin has been seen by two hikers Tracey Cauthen and Rebecca Boyer who were making their way across Ocala National Forest, referring to is as a “gorgeous critter” on Facebook.

While the snake can be found along the coast from Louisiana to Maryland, this incredibly rare sighting will be the first one recorded since in the area 1969 which is confirmed by the Florida Museum of Natural History.

Sightings of the snake are incredibly rare due to the way in which the rainbow snake is incredibly elusive. The Florida Fish and Wildlife Conservation Commission says that they “are highly-aquatic, spending most of their life hidden among aquatic vegetation; seldom seen, even by herpetologists, due to their cryptic habits.”

The rainbow snake usually measures in around 40 to 54 inches and they feature a beautiful ” iridescent, blue-black back, yellow and red patches and three red stripes down its body”

The discovery is not only exciting because of the rarity of the creature but also because of the fact that they were declared extinct in the area by the federal government.

They were completely unsuccessful however and had to give up on their search, even going so far as to offer a reward of $500 for any hard evidence of the rainbow snake in the local area.

The harmless and nonvenomous snake species usually resides in creeks, lakes and floating vegetation and is thought to have made its appearance due to the nearby Rodman Reservoir recently experiencing a change in water levels.