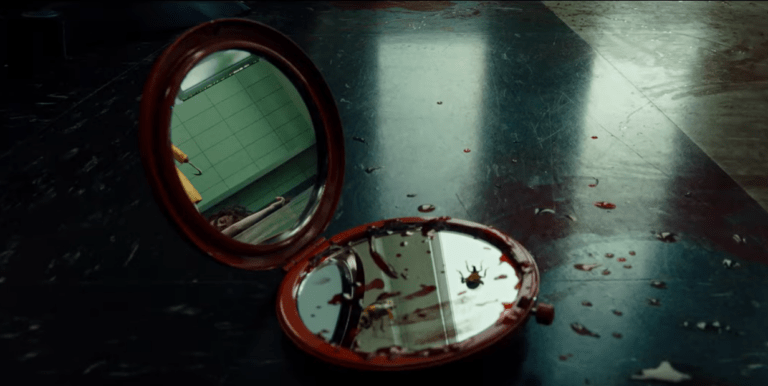 Horror will be resurrected in June when Oscar-winning writer and director, Jordan Peele, brings Candyman back to life with his spiritual sequel to the 1992 original.

Nia DaCosta will serve as a director for the upcoming slasher which will return to the now renovated and improved Chigaco neighborhood where the legend of the Candyman began.

The trailer starts by showing a group of girls repeatedly saying the words “Candyman” in hopes of summoning the supposed mythical man, but what follows is something more sinister than they could ever imagine.

Yahya Abdul-Mateen II (Us, Aquaman) will play Anthony McCoy, an artist who explores Chicago in hopes of uncovering the truth behind the legend and intends to tell Candyman’s story to the world.

The trailer seems to show Anthony slowly ‘becoming’ the very man he’s hunting down and has to deal with the awakening of the hook-wielding murderer.

Alongside Yahya, a returning Vanessa Williams (as Anne-Marie McCoy), Teyonah Parris (as Brianna Cartwright), Nathan Stewart-Jarrett (as Troy Cartwright), Colman Domingo (as William Burke), Kyle Kaminsky (as Grady Smith), Brian King (as Clive Privler), and many more will be joining the Candyman cast.

The urban legend is a blood-chilling ghost story for the residents of Chicago’s Cabrini Green neighborhood, but that all becomes reality when the fascination behind the myth forces the town’s natives to experiment for themselves, which ultimately unleashes horror and misery at the hands of the Candyman.

Nia DaCosta and Jordan Peele’s Candyman hits theatres on June 12 later this year, and has all the potential in the world given Peele’s last two outstanding suspense-thrillers, Get Out and Us.

Get Out managed to earn Jordan Peele an Academy Award in the Best Original Screenplay category, and the 2018 thriller kickstarted the 41-year-old’s career in film.

Us was a great success with movie-goers too, and shed light on Peele’s creative side with an incredible story-ending twist that changed everybody’s outlook on the movie.