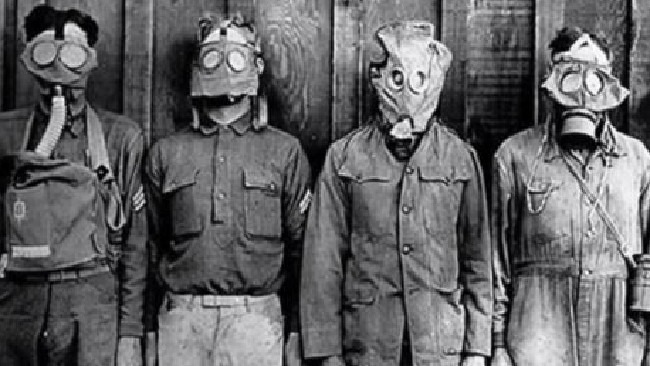 It appears one of the most famous Creepypasta’s of all time will be turned into a movie.

The story is based on an alleged 1940s Russian sleep experiment. Five political prisoners deemed enemies of the state after World War II were confined to a testing chamber. The prisoners were falsely promised their freedom if they participated, and breathed in the toxic gas being spread throughout the chamber that prevented them from sleeping for 30 days.

However, the test subjects soon began to lose their minds and resulted to self-mutilation. The testing chamber was opened on the fifteenth day and chaos ensued. The urban legend, which has since been deemed untrue by Snopes, captivated the internet community for years. Now, Barry Andersson has capitalized by directing “The Soviet Sleep Camp.”

The film is loosely based on the Creepypasta, and the press release states “Andersson has pulled together an ensemble cast of international actors to tell this suspenseful story of a married research team who, under close watch of the Red Army, set out to study the effects of forced sleep deprivation on four patients locked inside an observation chamber for 30 days.”

Speaking of the cast, the part of Dr. Anna Antonoff will be played by Argentinian actress Eva De Dominici. Ironically enough, Dominici was once featured in a film entitled “You Shall Not Sleep.” The film also stars Rafal Zawierucha as Antonoff’s husband Dr. Leo Antonoff, and Evgeny Krutov as USSR Captain Yegor Sokolov.

The four test patients (although there were five in the Creepypasta) are played by actors Chris Kattan, Charles Hubbell, Paul Cram, and Michael Villar. Anderson has partnered up with Emmy and Peabody Award-winning makeup artist Crist Ballas as executive producers of the film. He was part of the Academy Award-winning team for JJ Abrams’ “Star Trek” in 2009.

Ballas is also serving as the production designer for “The Soviet Sleep Camp.” Anderson plans on shopping the finished product to film distributers in the spring of 2019 for domestic and international release.