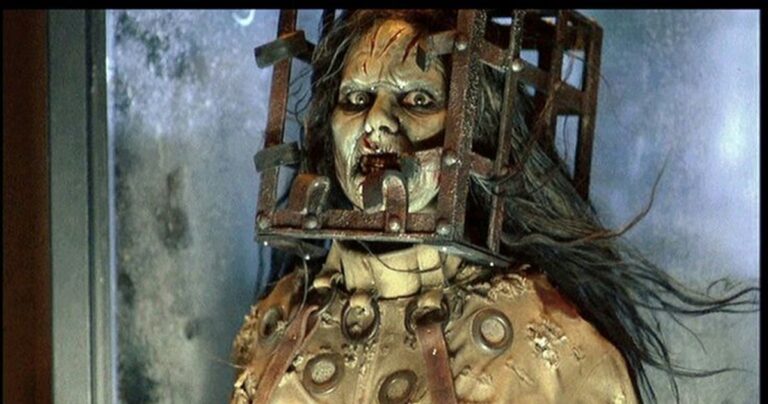 The film 13 Ghosts was critically and commercially acclaimed when it was first released in 1960. While the film, directed by William Castle, used a lot of gimmicks, these weren’t overused in the genre by that point. As a result, they proved to be quite effective and set the bar for years to come. In 2001, it got an update with Thirteen Ghosts.

Though the film wasn’t as successful as the original, it did do well. The lack of commercial success may have been because of oversaturation in the genre by that point. Alongside this, the movie was critically-middling, though a lot of the negatives focused on the tropes and gimmicks that the original also used, which were overdone by that point.

Despite this, Thirteen Ghosts has developed a cult following. So much so that it’s getting a Scream Factory blu-ray release in the coming weeks. To help promote this, the producers of the film are holding a watch party with a few key names in its production. However, fans of the film shouldn’t expect the stars to be making an appearance in the Livestream.

Instead, it will feature its writer, Neal Marshall Stevens, music composer John Frizzell, production designer Sean Hargreaves, and prop master Dean Eilertson. This should mean that viewers will be able to get a general sense of how the movie was put together in the lead-up to production. Alongside this, fans will get a glimpse of how the team created the film’s atmosphere.

It’s also worth noting that Thirteen Ghosts won’t actually stream as part of the event. As a result, fans will have to load it up on either VOD or DVD and press play alongside everyone else involved. The livestream will also feature a Q&A, so fans will be able to ask almost anything they like, as long as it’s related to the movie.