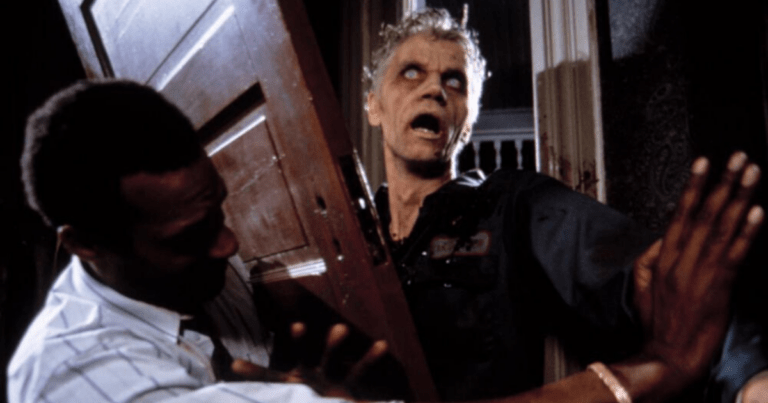 It is often said the idea of a remake will not and cannot be better than the original movie. If the original is something that has continued to be beloved by many, it is inherently untouchable.

Why do we even need a second “go” at something we have already seen before? Why re-creating something from an already existing idea would make things better?

Rarely do we acknowledge that art, in whatever medium, is an interpretation of another. Some paintings and drawings are heavily influenced by works from those who come before them. Stage plays and musicals are genetically built to be constantly performed in multiple varieties, and no two versions cannot be equal.

Even a few of our favorite songs and musical compositions are a different mold of a track. Whether we like it or not, we must embrace that our films can do the same thing.

In the year of 1990, Tom Savini had directed a film that failed to capture the interest and appreciation by many upon its release, Night of the Living Dead. Yes, a remake to George A. Romero’s classic 1968 zombie movie.

It follows the same premise of the original about a group of people who got trapped in a rural Pennsylvanian farmhouse because a large army of undead corpses emerges.

During its theatrical run, the movie was bombed by film critics. Legendary film critic Roger Ebert even described in his review that “it is so close to the original Romero movie that there is no reason to see both.”

But what everyone failed to capture is that Romero is also involved with Savini’s take, opting to write the screenplay and redo what he originally did with co-writer John A. Russo. Given Romero’s guidance, the remake was able to understand the bleakness of its story, staying loyal to how the original never really become “conventional” fun.

Then there are the performances of its cast. Tony Judd, Tom Towles, and Patricia Tallman did justice to their respective characters. Tallman’s Barbara was a more proactive, possibly even better take for the character.

The climax of the remake is also worth noting as a welcome change to the original, which already had a stellar third act. Characters are given a different light to the dynamics of their relationships, and the pay-off is surprisingly well-managed.

Tom Savini’s Night of the Living Dead deserves a second look. If you haven’t seen this, the remake is a great interpretation of Romero’s landmark feature. The original is untouchable, but this remake is worth noting for its efforts.

Here’s the trailer for Tom Savini’s Night of the Living Dead:

What are your thoughts on the Night of the Living Dead remake by Tom Savini? Share your reactions in the comments section below.