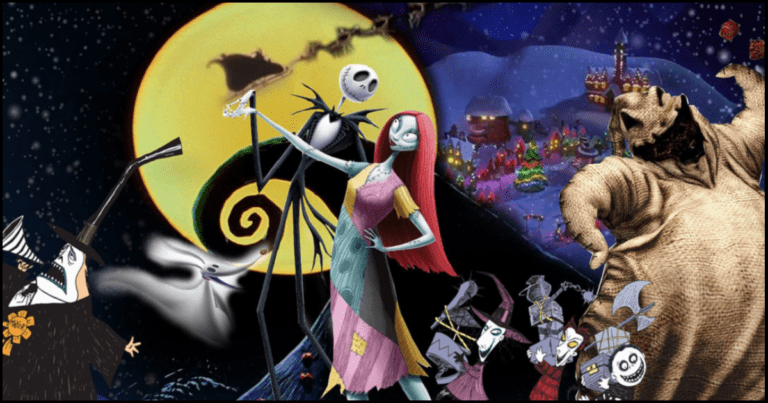 The Nightmare Before Christmas is arguably Tim Burton’s best ever work, and understandably so.

To celebrate the brilliance that brought us such characters as Jack Skellington, his dog Zero, and Sally – among many others – we are sharing nine interesting facts you may not know about The Nightmare Before Christmas.

If there are any more hidden truths about everybody’s favorite animated movie, be sure to get your thoughts heard in the comments and let us know.

Due to the movie being stop-motion, it took an estimated three years for animators to complete Tim Burton’s work of art. One minute of filming was said to have taken about one week.

The Nightmare Before Christmas film was based on a poem.

During his days of animating for Disney, Tim Burton wrote his own version of the classic ‘Twas the Night Before Christmas’, and included some designs of characters.

Although the film is now filled with colorful personalities, the original poem had a cast of just three characters – Jack Skellington, his trusty companion Zero, and Santa Claus.

Tim Burton did NOT direct the movie.

Despite the fact his name is shown above the title, Tim Burton was in fact the producer, whereas Henry Selick was the director, making his directorial debut on the animated film.

Elfman served as the singing voice behind Jack Skellington in the film.

While Chris Sarandon voiced Jack Skellington, Elfman was the man behind all of the Pumpkin King’s singing during the movie.

Elfman also voiced two other characters in the movie.

Alongside his work as Jack Skellington, Elfman provided the voices for Barrel and the Clown with the Tear-Away Face.

The song’s featured in The Nightmare Before Christmas were all written before the script was finalized.

Danny Elfman – a man who’s work aided the movie’s success – wrote the songs for the film in just three days after being given a brief description of the story and some sketches.

Jack Skellington seemingly made an appearance in “Beetlejuice”.

Surprisingly, Jack Skellington did not debut in the movie The Nightmare Before Christmas, he instead made an appearance some years prior in 1988s Beetlejuice.

The movie originally had a different ending.

An ending where Oogie Boogie would be revealed as Doctor Finklestein in disguise was originally going to happen until it was eventually changed before production.

What did you think of this list? Be sure to get your opinions heard in the comments.