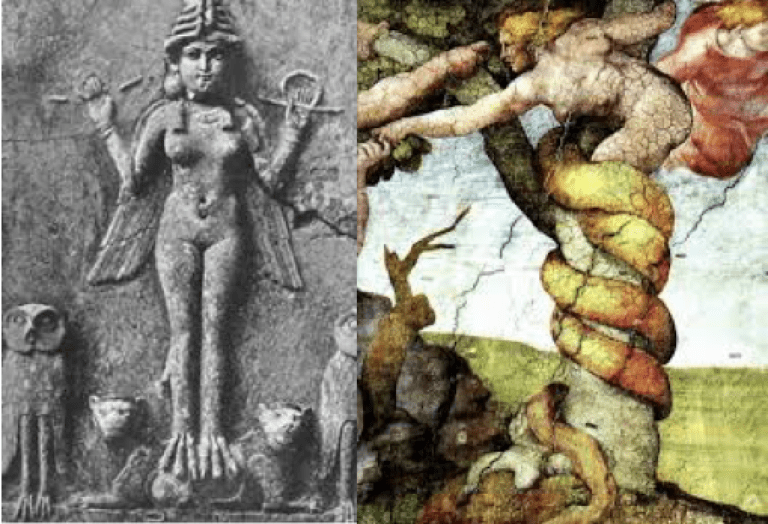 Ask most people to name the ‘first man’ and ‘first woman’ and irrespective of their beliefs, they will likely humour you by answering Adam and Eve. Which is fine, except that even from a mythology perspective it is not entirely accurate, as it cuts out the part about Adam’s first wife…

According to Hebrew mythology, Adam initially had another, shall we say ‘less obedient’ wife named Lilith, a woman who, depending upon which strand of the folklore you follow, could be said to have married Samael, the Angel of Death, herself become a demon, or indeed evolved into the mother of all demons. She also happened to be quite fond of inflicting a variety of evils and ills upon mankind. It’s a horror movie waiting to happen.

Never heard of her? Well, you will.

Especially as Annabelle director John. R. Leonetti’s new project ‘Lullaby’ intends to explore exactly this myth and in particular the folk etymology of the word ‘lullaby’ as having evolved from the phrase ‘Lilith-a- bye” a rhyme or song intended to dispel the mother of all demons.

Since Leonetti has already had success making the seemingly innocent and innocuous seem creepy, you can imagine the fun that he might have with lullabies, which of course, along with nursery rhymes are notoriously creepy already. Add an ancient demon, a s*** ton of legitimate folkloric history and you have the recipe for what could be quite a satisfying frightener.

Throw in the fact that Game of Thrones actress Oona Chaplin has been added to the mix and we are already starting to look forward to this one.

In the meantime, if you want to impress your friends by being well ahead on your freaky folklore, or if you just fancy an entertaining bit of highbrow horror, you should check out this lecture on Lilith by the marvelous Dr. Sharonah Fredrick (who by the way also has some fantastic and free lectures on vampire mythology and Celtic folklore below).