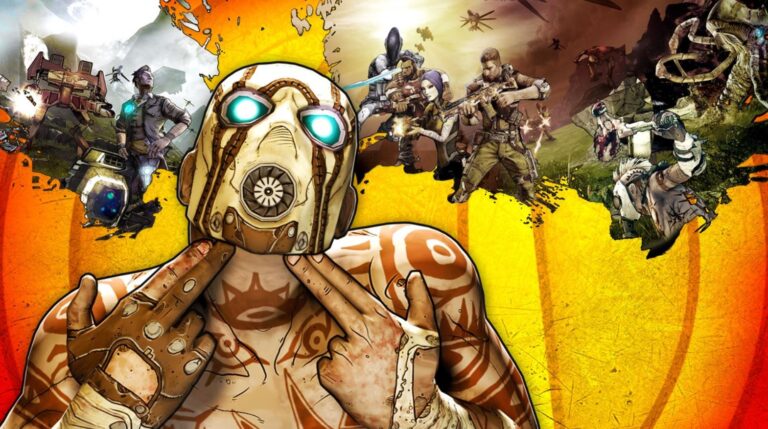 Borderlands is a timeless and unique FPS which is beloved by many. To this day you can’t type ‘loot and shoot’ into Google without instantly getting hits for the Borderlands franchise. It defined the genre with creative mechanics and spectacular character development and dialogue (for the most part…looking at you Claptrap writers).

So now, with its transition to the big screen, developer Lionsgate wanted to make sure that its original essence was not lost along the way.

With the guidance of legendary director Eli Roth, hopefully the adaptation has some hope. And Roth certainly seems happy to have the role, after the announcement he tweeted out a pic of his face superimposed onto the body of a Psycho.

Roth is quoted as saying “I’m so excited to dive into the world of Borderlands and I could not be doing it with a better script, producing team, and studio.”

Reports state that the project dates back as far as 2015 and the screenplay is written by Emmy award winner and Chernobyl producer/writer Craig Mazin.

The production companies behind the adaptation include Arad Productions and Picturestart as well as Lionsgate.

With video games historically having a terrible track record of transitioning to the big screen, the simple premise of Borderlands, which still sees millions of monthly players across the franchise may be able to break the curse.

President of Lionsgate Motion Picture Group Nathan Kahane certainly thinks so, as he says “With Eli’s vision and Craig’s screenplay, we believe we have cracked the code on bringing the anarchic world of Borderlands to the big screen in a big way that will be a fresh, compelling and cinematic event for moviegoers and fans of the game”.

Sources say that the adaptation of Borderlands which is yet to receive an official title will begin production later on this year.