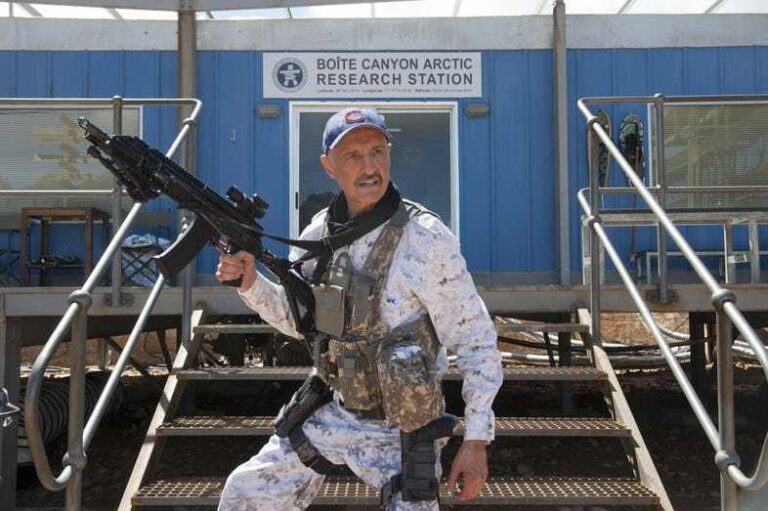 Michael Gross stars as the Graboid-hunter, Burt Gummer, in the ‘Tremors’ franchise. Back in December, Gross revealed on his official Facebook page that he had signed on to be part of ‘Tremors 7’:

“Tremors fans will be delighted to know I have just agreed to the terms of a contract for a SEVENTH film. My best estimate is that Burt Gummer will begin his hunt for Graboids and other nefarious forms of wildlife in the fall of 2019.”

Recently, Gross offered a minor update on the situation. He said he has read the first draft of the ‘Tremors 7’ script and has confirmed that it ‘is not s**t!’:

“Burt Gummer and Tremors fans will want to know I read the first draft of Tremors 7 this weekend, and it is not s**t! Lots of good stuff and good ideas from our initial story conferences at Universal Pictures, but still much to do to get it just right.”

Last year, a planned TV series for ‘Tremors’ was cancelled in the wake of the pilot episode being filmed. Kevin Bacon was to play the lead, in what was to serve as the sequel to the original ‘Tremors’ film from 1990.