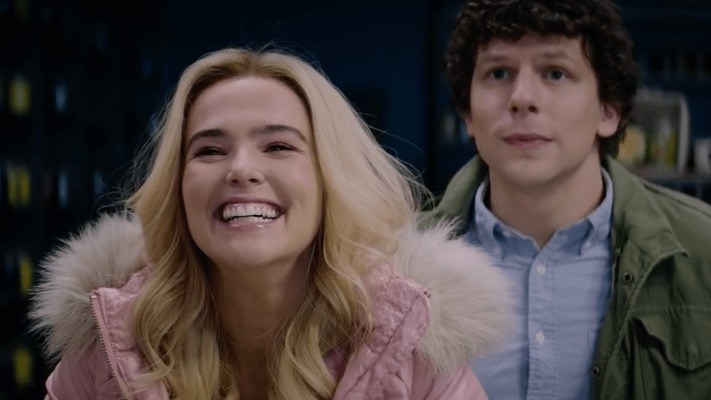 We have another clip to pass along from the star-studded “Zombieland: Double Tap” cast.

Thanks to the Sony Releasing Pictures UK YouTube channel, watch as Columbus (Jesse Eisenberg) meets Madison (Zoey Deutch), who has been hiding inside of a Pink Berry freezer to keep the zombies away, before they’re interrupted by Tallahassee (Woody Harrelson). The full clip can be found below.

Check out the official synopsis for “Zombieland: Double Tap” below.

“Columbus, Tallahassee, Wichita, and Little Rock move to the American heartland as they face off against evolved zombies, fellow survivors, and the growing pains of the snarky makeshift family.”