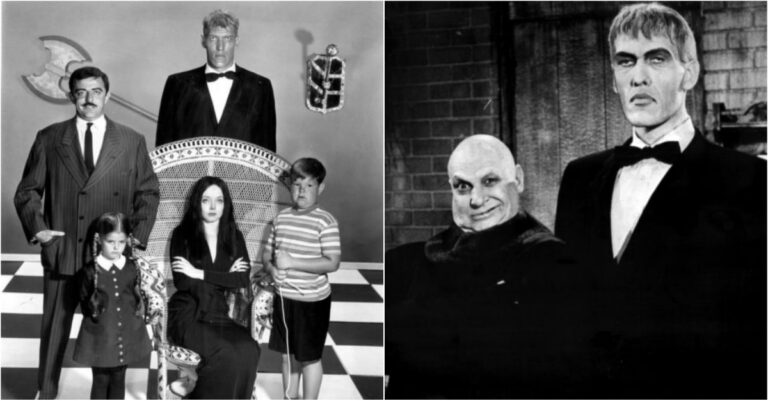 In the 1930s, the memorable characters of “The Addams Family” were introduced to the world in a single-panel cartoon. They appeared in “The New Yorker’s” pages for the very first time and their transformation into a cultural phenomenon only just started there.

Despite the fact that these characters are fictitious, it is safe to say that they are one of the most famous families of time. From books to films to cartoons and plays, the family has even enjoyed a classic TV sitcom which aired on ABS from 1964 to 1966.

Around for nearly 80 years now, The Addam Family shows no signs of losing populace anytime soon. Mastery of the macabre and dark humor were key points in the creation of the Addams Family that none other than Charles Addams possessed. Being the first to make use of dark humor, he is known as one of America’s greatest humorists.

Addams’ love for the grisly and the grim appeared in his childhood. Young Addams would frequently visit the local cemetery in his hometown of Westfield, New Jersey. He was born in 1912 and one of his favorite spooks was a creepy Victorian house which eventually became his inspiration for the fictional family’s house.

Charles Huey Addams, his father, was the one who encouraged young Charles to draw. Later on, he abandoned academics and took up classes in New York at Grand Central School of Art. He worked for McFadden Publications for a year and half. He was tasked with retouching photos of corpses for “True Detective Magazine” which included removing blood from photographs of corpses.

When he was 21 years old, he sold his first original drawing to “The New Yorker”. Three years later he left McFadden Publications and joined “The New Yorker”. In 1938, the eccentric Addams Family first appeared in the magazine with the insemination of Gomez, Morticia, and Lurch.

Over the next 25 years, the remainder of the family was developed. The classic TV sitcom was debuted later in 1991 and 1993 on the big screen.

With the growing popularity of “The Addams Family”, Addams became the most popular cartoonist. He had people wishing to meet him in person from all over the world. At one point, he told James Thurber, a fellow “New Yorker” cartoonist, “I have gotten a lot of letters about my work, most of them from criminals and subhumans who want to sell ideas. Some of the worst come from a minister in Georgia.”

He was notorious for his famous love affairs with some of the most beautiful women of his time inclusive of Joan Fontaine, Greta Garbo and even Jacqueline Kennedy. The fact that he married thrice didn’t stop him.

Charles Addams passed away on September 29, 1988 after suffering a heart attack while sitting in his parked car in Manhattan. Marilyn, his third wife told “The New York Times”: “He had always been a car buff so it was a nice way to go”.

Addams left behind a trail of unforgettable cartoons to keep his memory alive.