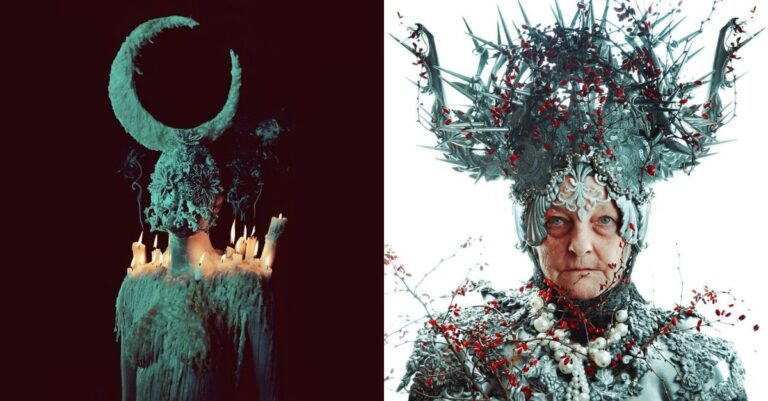 The Slavic culture is infamously known for fur hats, vodka and the Orthodox Churh. Marcin Nagraba, a Polish photographer decided he wanted to challenge the stereotypes and show the world a more ancient view of the Slavics – from way back in Pagan times.

The Slavic world was introduced to Christianity in between the 7th and 12th centuries. However, prior to that the region was steeped in polytheism and mythology.  Not much has surfaced about the little-known rituals of those times but early Byzantine explorers’ accounts describe ancient Slavs as worshipers of thunder and earth. Undoubtedly, this was in reference to Perun who happens to be the Slavic equivalent of the Greek god Zeus.

Nagraba partnered with Agnieszka Osipa, a Warsaw-based costume designer, and together they captured astonishing portraits that bring to light the wisdom, wonder and awe of the past.

Advertisements
These astonishing portraits leave far more to the mind that what meets the eye. Make sure to follow the talented photographer, Marcin Nagraba, on his official website and the awesome costume designer, Agnieszka Osipa, on her Facebook page. If you liked this series, chances are you are going to fawn over what more they have in store.