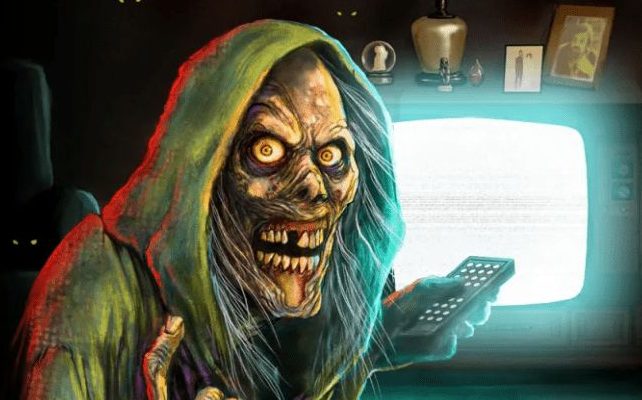 AMC has announced that Creepshow season one will be aired on the AMC network ahead of the release of season 2. The broadcaster says that it is to give horror fans without a subscription to Shudder a chance to watch the show.

Season one of Creepshow, which still currently holds a 96% fresh rating on Rotten Tomatoes provided six episodes that contained two separate tales each in an anthology format.

The epic first season included many original stories such as a platoon of American soldiers in WWII seeking refuge in a nazi jail encountering a werewolf and a murderer on the run breaking into a funeral home only to come face to face with a man and a magical monkey paw.

AMC, who owns Shudder, have moved content between the two platforms in the past, including NOS4A2, a series based on the novel by Joe Hill. In an interview ahead of the broadcast, AMC Chief Operating Officer Ed Carroll said: “We think that [Creepshow] will be successful on AMC but will also then build audiences for the season two launch back on Shudder.”

The Creepshow series is based on the anthology films of Creepshow and Creepshow 2 which were overseen by powerhouses George A. Romero who directed and Stephen King who performed writing duties. The first Creepshow film would be King’s first foray into screenwriting.

Season one of the Creepshow series boasts not only great source material but also a bevy of outstanding performances which included the likes of David Arquette, Giancarlo Esposito, Tricia Helfer and Adrienne Barbeau who also starred in the original 1982 film.

Nothing much else is known about when the first season of Creepshow will appear on the AMC channel nor when season 2 will be hitting the Shudder streaming platform.

But with AMC backing the show this heavily and with a proven track record of being able to deliver great horror anthologies, the Creepshow franchise will hopefully outperform with its upcoming season.