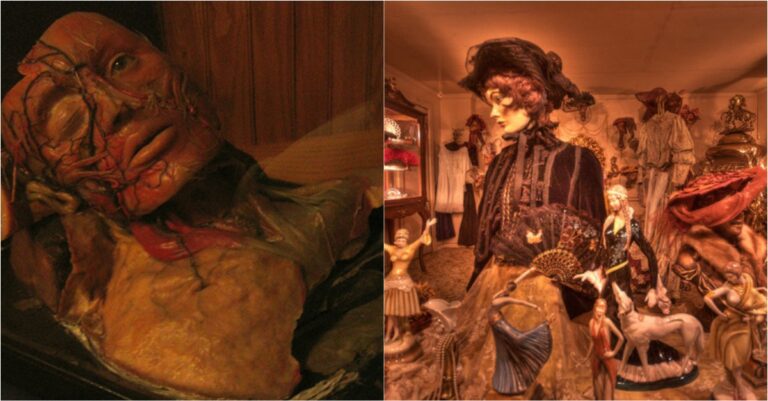 Museums have attracted people from all corners of the world for centuries now. While most people are under the impression that museums are solely used to house old artifacts, there is far more to museums. This collection of 9 creepy museums in the USA will grant insight into what more there is to the world of such institutions.

The House on the Rock – Deer Shelter Rock, Wisconsin

Sci-fi fans of fiction writer Neil Gaiman will love the House on the Rock Museum. The awe-inspiring retreat used to be nothing short of an architectural gem. Today, the place is packed with horrors and monstrosities from rotting mannequins to a 200-foot sea monster.

In Los Angeles, the Museum of Death is dedicated to demented artifacts. The message this place sends home is that death is inevitable. From Manson family crime scene photos to autopsy videos and the severed head of Henri Désiré Landru (aka The Bluebeard of Paris), French serial killer, the place is morbid. The entry gate even has a giant skull.

The Vent Haven Museum in Kentucky comes straight out of nightmares. It was founded by a man named William Shakespeare Berger after his stash grew too big for his garage. Today, more than 800 figurines are housed by the museum.

The National Museum of Health and Medicine – Washington, D.C.

The National Museum of Health and Medicine was founded during the Civil War by the U.S. Army. A more accurate name for the place would be “The National Museum of the Sick and Twisted.” It hosts an extensive collection of over 24 million specimens — inclusive of organs, brains, bone fragments, and even pieces of Abraham Lincoln’s skull. There is also an entire exhibit displaying hairballs. One of the most disturbing ones is that extracted from a 12-year-old girl’s stomach who secretly ingested hair for six years.

“Can’t Look Away” Exhibit at the EMP Museum – Seattle, Washington

Horror movie fans will be delighted to know that Seattle’s “Can’t Look Away” exhibit at the EMP Museum provides a close up look at the horror movie culture. The collectibles on display include notable Jack’s ax from “The Shining” and also the facehugger from “Alien”.

New York’s Morbid Anatomy Museum contains “books bound by human skin.” Celebrating beauty death and all things freaky, this 42,000-square-foot nonprofit houses curiosities such as spirit photography, dead animals and even the mold of a dead woman’s face. It even has a “House of Wax” exhibit which would make the living shudder. Wax replicas of murderers, leprous and syphilitic patients and even death masks of celebrities can be found here.

Museum of the Occult – Monroe, Connecticut

The Museum of the Occult in Connecticut is Ed and Lorrain Warren’s personal collection. Around 60 years ago, the paranormal investigators started their haunted hoardings. The evil antiquities are open to public perusal at their own risk. Shrunken head, case files, and relics reside in the space alongside creepier items such as a satanic altar, possessed toys, and vampire coffins. Even the evil Anabelle can be found there.

In Pennsylvania, the Mütter Museum is as creepy as they get. Their Hyrtl Skull Collection is an impressive and scary wall of 139 craniums. Dr. Thomas Mütter is the American medical inventor whom the museum was named after. His donations in 1858 started what is now known as one of the most gruesome and eerie museums. Medical oddities such as a nine-foot-long human colon packed with feces also make up part of the exhibitions.

The infamous crime scene of Andrew and Lizzie Borden from 1892 is now accessible to the public. The Lizzie Borden Bed and Breakfast Museum takes you there. Full of gore and gruesome crime scene photos, the place may be a “bed and breakfast” but it sure makes a morning meal hard to ingest.

Visiting a museum is all fun and games until it is one of the creepiest museums in the country. From demonic dolls to wax statues of murderers, you can find everything from your worst nightmares stocked on these walls and shelves. Freaky!