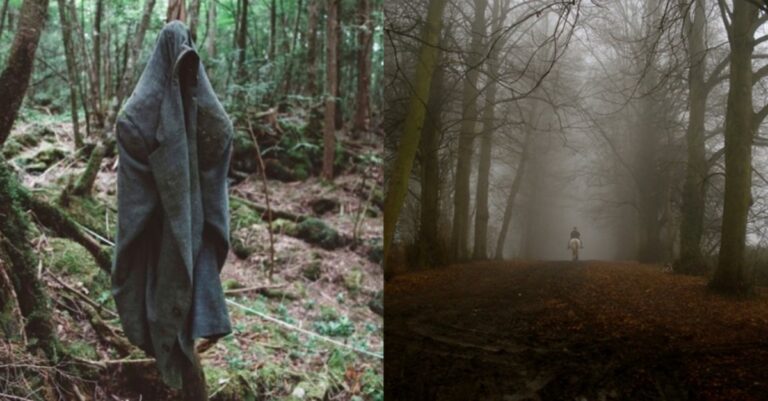 Forests are often envisioned as calm and serene places of striking beauty. Some forests are full of wild animals and beasts – features that can terrify even experienced hikers. Other forests happen to be burial grounds, battle fields or sites of a slew of crimes where the past tends to linger in very concrete forms. There are yet more forests that are lesser known and a hub for unexplained and paranormal phenomenon ranging from apparitions to monsters and even unidentified flying objects.

List of 7 Most Haunted Forest and Woodlands in the World

The following list is of the most haunted forests in the world. A walk into any of these woods may just prove to be perilous. Strewn all across the globe, these sites are places to be admired from afar yet never ventured into. However, if you happen to be a daredevil and seek the company of mysterious shadows dwelling in the dark, then be our guest.

The long and rich history of the Epping Forest in England includes Roman battled, Iron Age forts and Saxon saints. However, the heath, woodland, grassland and bogs bring together tales of crime closely knit. D*** Turpin, the infamous highwayman had a hideout at High Beach and looted people passing nearby. Creepily enough, the closeness of the forest to London makes it an ideal place to bury or hide murders. Tales of apparitions, ghostly lights and a hanging tree on what is known as Hangman’s Hill are just a few things to name.

Since 400 BC, this Welsh forest has been privy to human activity. One of the most well-known things about this forest is the ghosts of pirates. They tend to lure ships out into the rocks by means of lanterns of the coast line. They then proceed to slaughter and kill the passengers. Among the most haunted forests of the world, these spirits are not the only ones that roam the forest. Lost air men whose planes crashed before reaching the nearby Royal Air Force air field and even spirits of sailors whose ships sank ages ago roam these lands.

Warnings from locals raise suspicion about the Hoia-Baciu forest. It is presumed to be a portal leading to another dimension. Specifically situated in the Bermuda Triangle of Transylvania, it is a place where ghosts, UFOs and other phenomenon are common. The intensity of the manifestation of the paranormal in the forest draws parapsychologists and ghost hunters. People who have ventured in its depths report anxiety and dread coupled with thirst, nausea and insomnia arising with more time spent in the forest.

Since its purchase from the Wampanoag tribe in 1659, the stretch of land in southeastern Massachusetts has been a site of paranormal phenomenon. It lies within the Bridgewater Triangle and apparitions, giant snaked, UFOs, thunderbirds, luminescent orbs and even Bigfoot have been spotted there. Freetown State Forest is notorious for the satanic ritual, murders and crimes committed on the potential Indian burial grounds. It is the belief of the locals that the spirits of Native American ancestors cursed the lands until they are returned to the tribe.

Also known as the “Suicide Forest”, Aokigahara is the world’s second most popular suicide location. In the past, the disturbed and weak members of society were stranded there by the locals where they starved to death. The surreal and haunting “Sea of Trees” has seen from 10 to 30 people disappear every year since the 1950s. Spiritualists are of the belief that the spirits of the dead permeate the haunting trees exuding malevolent energy leading visitors to get lost. Volunteers take care to bury the deceased on a regular basis as long as they can find them.

The Jersey Devil’s home, this 1.1-million-acre forest in New Jersey is one of the world’s most haunted forests. Mrs. Leeds was a mother of 12 children. It is fabled that her thirteenth child was the Devil himself born in 1735. At first born an ordinary human child, the creature soon morphed into a monster. It had bat’s wings, a goat’s head and hooves and a forked tail. It killed the midwife and flew up the chimney to disappear into the Barrens. In 1740, it was once banished by priests. However, from 1890 onward, it has been regularly spotted.

In 1989, Pluckley was award the title of the “most haunted village in Britain” by the Guinness Book of Records. It has 12 reported ghosts. Located South of the village, the forest is also known as Dering Woods. Late at night the locals heat blood-curdling screams. Locals say that the howls originate from an anonymous highwayman who was murdered after a sword fight and pinned up on a tree. The forest also houses a hanging schoolmaster, a haunting ghost of a horse drawn coach and multiple other apparitions that will spook you in the dead of night.

Seeing how deforestation is a rising global problem, it may not be long before these hauntingly beautiful landscapes are eradicated entirely. Fortunately for the Devil however, the Pine Barrens are protected as an International Biosphere Reserve and a National Reserve. However, the other locations have faced problems ranging from environmental degradation to tourist traffic. If you want to experience the paranormal of the most haunted forests of the world by yourself, then you’re running out of time.