Freaked DISCOVER THE ART OF PUBLISHING
Home Creepy Creepy Clown Motel Near Nevada Is A Place You Shouldn’t Miss! 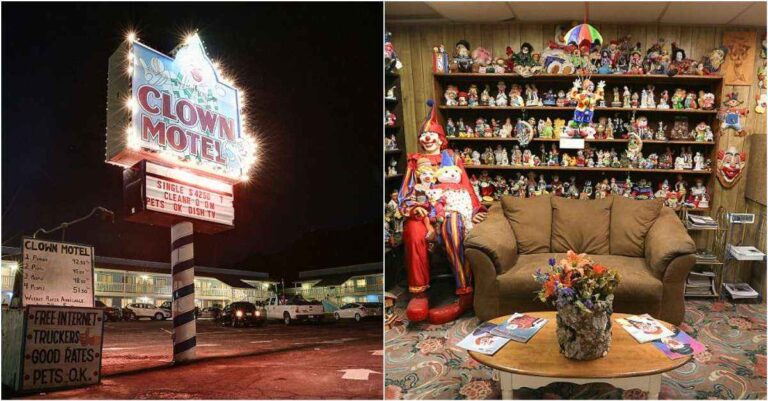 If you want to own a place close to Las Vegas and have fun every weekend, then we do have an option for you now, but you might have to be very brave to grab it.  Located almost two hours away Nevada’s infamous creepy clown motel is at sale for $900,000. That’s not all. The deal includes an interesting clause that you must keep the motel up, running, and filled with clown theme it has.

The Clown Motel might also be an interesting business opportunity as it is a favorite spot for anyone passing through the desert. Ever since the Ghost Adventures has visited the place it has become even more famous for visitors to see the paranormal activities. 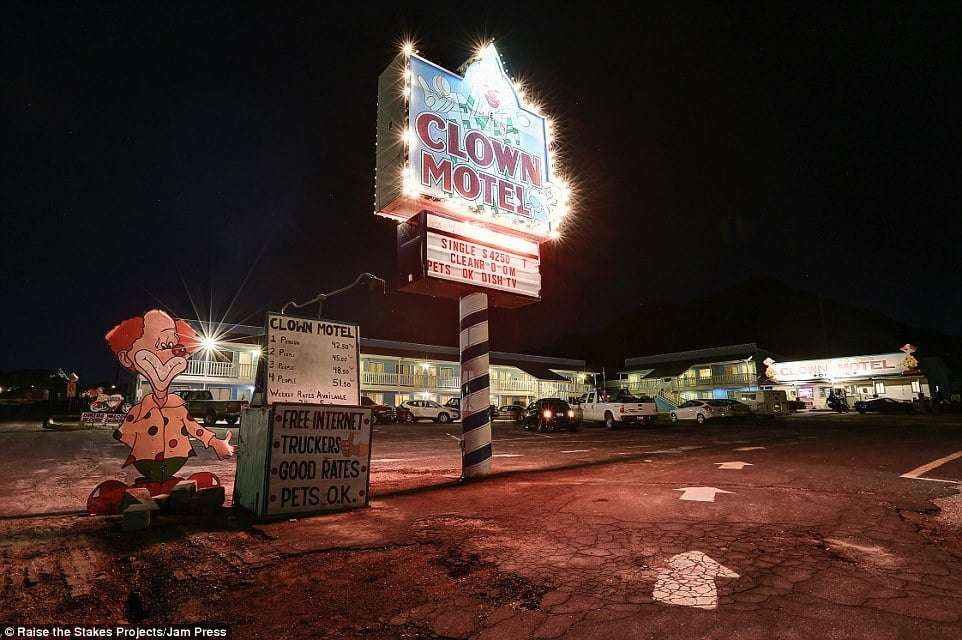 Once you reach the place, you see a colorful board made with neon lights on which bold ‘Clown Motel’ is written in red. Along with that, there is a face of clown with arms wide open welcoming its visitors. Upon entering, there is a lobby in which all shapes and sizes of clown dolls that welcome you. Ronald Mcdonald is sits stretched out on the couch with other four versions of him and you will find Zebo behind the cage at the counter. Although the rooms are not very much occupied still you find clowns hanging outside and one the walls too inside the room which gives it a scary touch.

The town’s history goes back with a lot of booms and busts. Tonopah was never considered as a ghost town. But people gradually started to leave the place after the heyday. The town was a packed place once with 50,000 people but now only 2500 residents live there. Not only this, Tonopah’s silver had a reputation of being the second richest in the history of Nevada. But unfortunately, nothing of it lasted forever even the people. They got buried in Old Tonopah Cemetery back when it started in 1901. 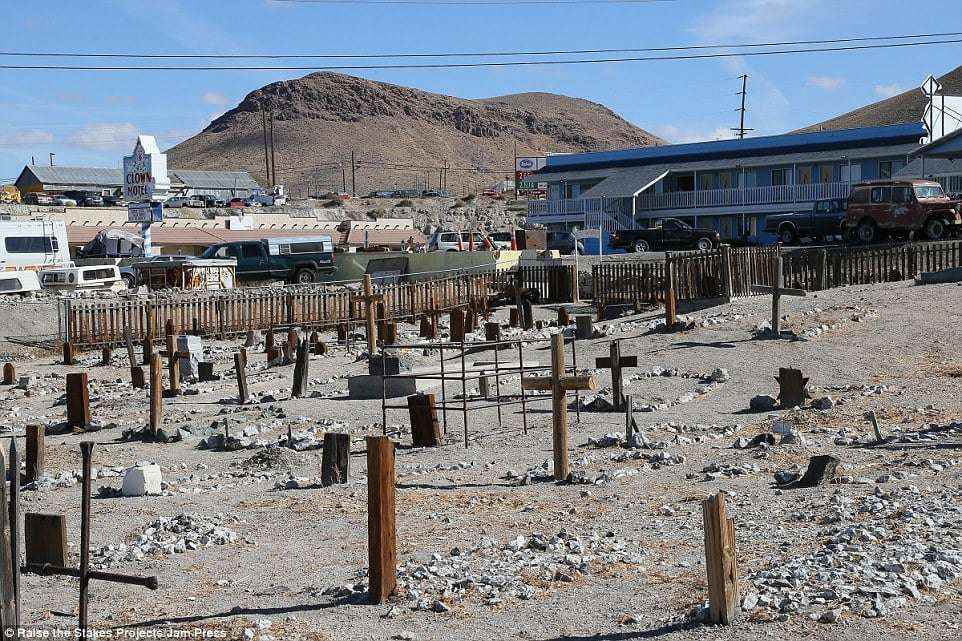 To take a decent idea of the Motel’s creepiness, you can also see that cemetery which is not equal but more haunting for the people staying there. It got closed after 10 years of opening because the number of dead people were above than the quantity of plots that cemetery could offer. The 300 dead people include victims of a mysterious “Tonopah Plague” which swept through the area in 1902, fourteen miners who died in a fire in 1911 and the pioneer residents who spent their years building Tonopah.

The famous Clown Motel was founded back in 1985 by by Leona and LeRoy David. The purpose behind selecting the location near to cemetery was only because their family was buried there. The clown collection ahs been up and running since 1995. After that they sold it to Bob Perchetti which later made more changes. 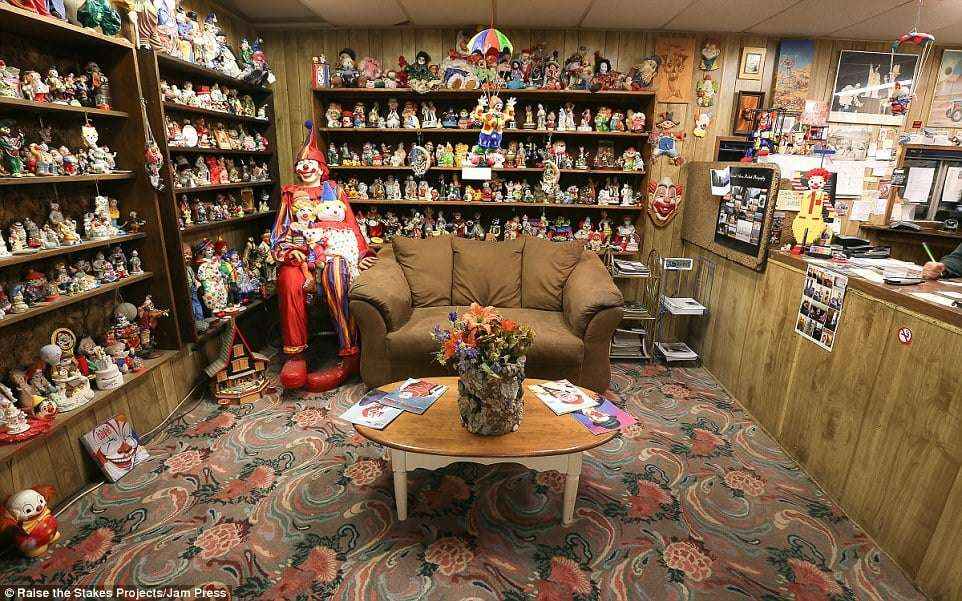 The Motel has mixed reviews in which some people claim of their interactions with ghosts and spirits when paranormal activities like door slamming or mysterious voices were witnessed live. On the other hand, some customers found it very convenient and said the motel is great with WIFI and continental breakfast. However, the spooky events also happened in Mizpah Hotel and Silver Rim Elementary School which is just right across the Motel as neighbors. This further directs us to a point that the ghosts are picky and its just not the Motel itself that is a strange place if we exclude the clown likeness.

Interestingly inn 2015, a bold writer named Christopher Sebela created a Kick Starter to fund hi month long stay at the motel. He wanted to get the experience of super natural and write a book on it. He did reach his goal with 10,000 pledges and on September 30, he started writing about his experiences while living there. To know more about what happened to him, you can have the experiences in comic or book form. 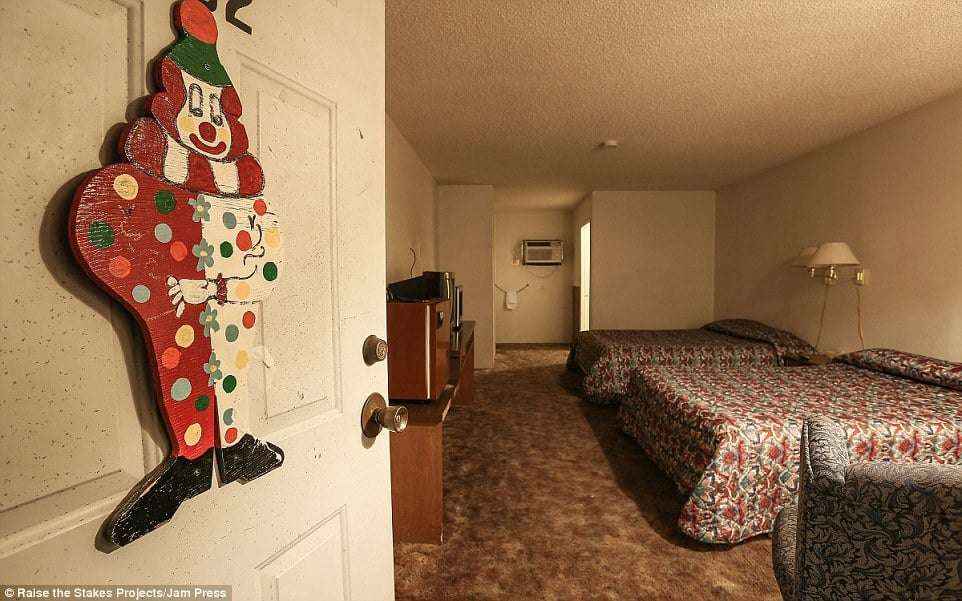 The wide ranging and tormented story of the Clown’s Motel has made it even to the favorite film sets of the similar name Clown’s Motel.

All said and done, even if you don’t have money or the determination to buy this motel, a trip to Tonopah would be worth of your investment and you should not miss that out.

Do you know any other haunted motel near Nevada desert? Please let us know in the comments below then.