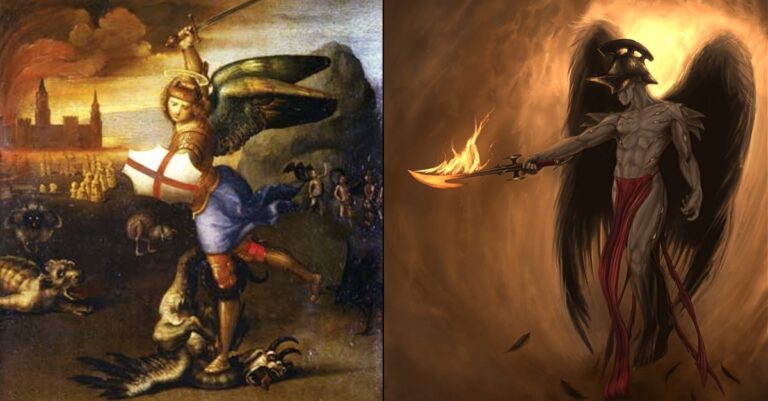 Recognized since Biblical times, Archangels are known throughout history for being more than just the Messengers of the Lord.  They also serve as warriors or weapons both in Heaven and on Earth. Depending on the scripture and faith the main Archangels vary but the seven known ones that agreed upon in just about every faith are: Azrael, Raguel, Raphael, Uriel, Remiel, Gabriel and Michael. Quite opposite to the childish pure representation portrayed in Renaissance art, Archangels are a vision to behold. From terrifying tales of Archangels torturing humans to battling over their souls, here is a list of 12 stories of archangels to chill your very bones.

The Reason Why  Tales Of Terrifying Archangels are True

The article you are about to go through is based on legends not believed in most parts of the word. But that does not mean the legends are untrue; legends only come into existence because of an occurrence so inexplicable that the human senses would naturally deny a tale about such an incident. If the manuscript of the legends is old enough and untampered, you might as well believe in it. 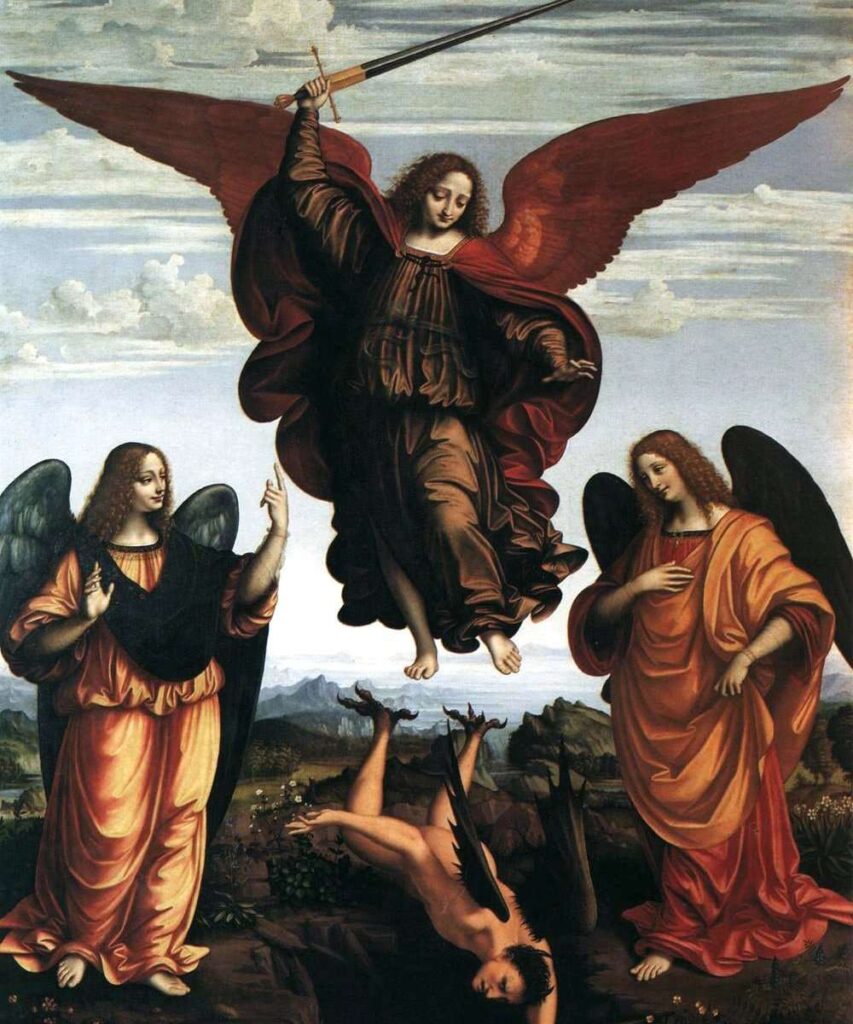 The tale of Raphael and the demon Azazel is one that is mentioned the Book of Enoch. But if you think Azazel was just killed at the Archangel’s hands, you are mistaken. Bound by his hands and feet, Azazel was thrown into a pit of rocks and buried alive in the heart of a desert. As if that were not enough, following God’s orders Raphael’s punishment continues with Azazel awaiting being burnt alive on the Day of Judgement. 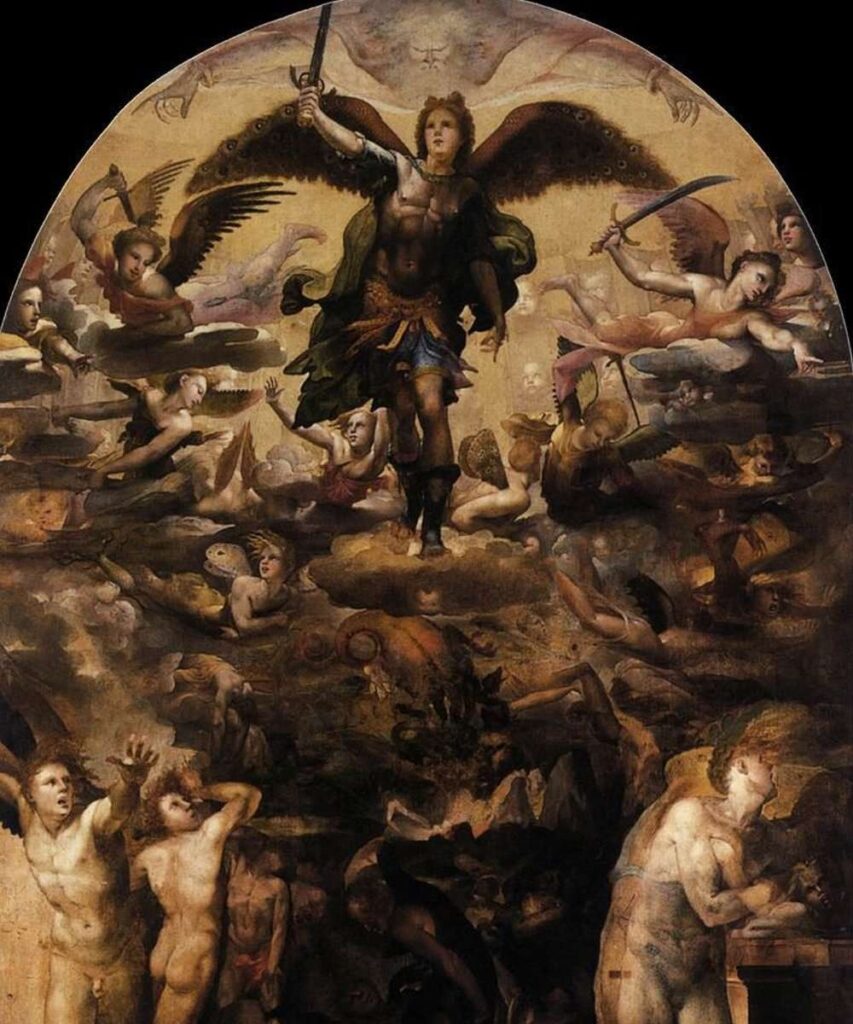 Lucifer is renowned for his staggering pride and ego that got the best of him when he rebelled against God. The real story is that it wasn’t him alone. Lucifer recruited about a third of the angels and together launched the attack on the throne. However, Archangel Michael did not take any of that and despite going way back with Lucifer, he rose in defense of God and obliterated the rebellion. It ended with Michael casting Lucifer and the rest of the rebels out of heaven down to Earth. This was when Lucifer earned the names Devil and Satan which mean “accuser of the brethren ” and “adversary” simultaneously. 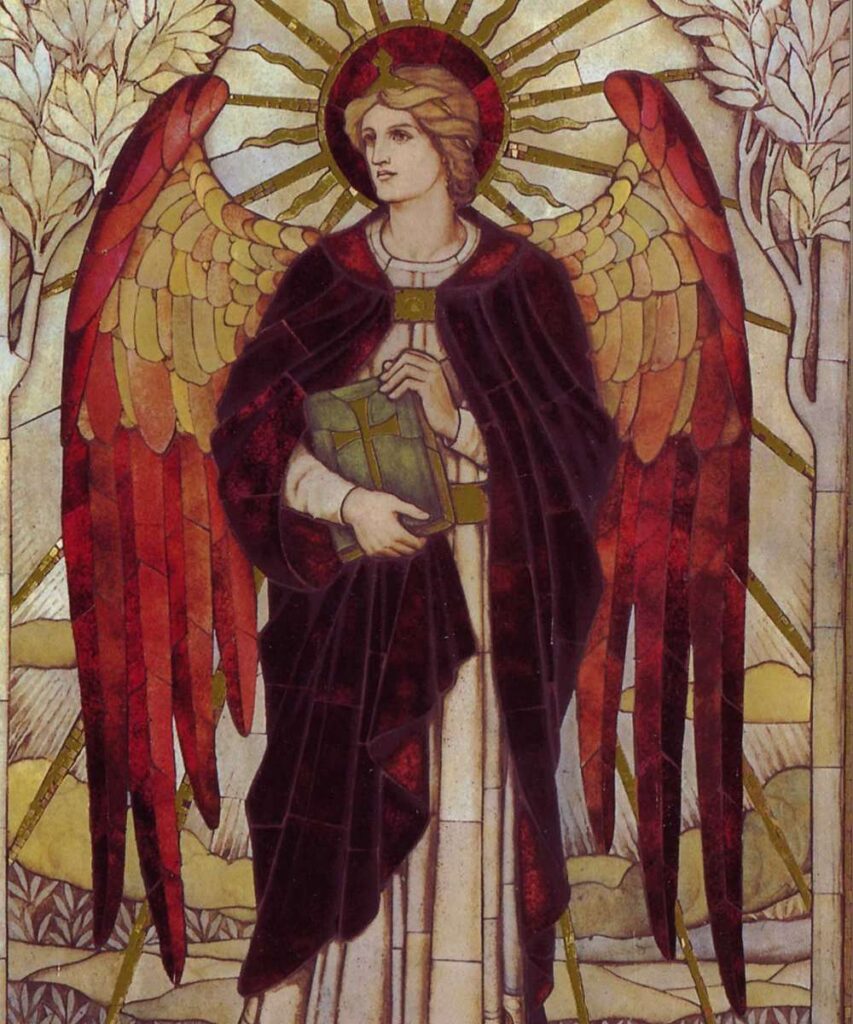 In a terrifying tale that many find rather disturbing and horrifying, Archangel Uriel was believed to be involved in an incident involving Moses’ foreskin.  This peculiar tale speaks of Uriel being sent down to torment Moses to rid him off of his foreskin. Moses’ son was yet uncircumcised and that was a great deal offensive to God as dictated in the Book of Genesis. Uriel was on the verge of slaughtering Moses had his wife, Zipporah, not circumcised their son swiftly with a sharp rock.

Gabriel’s Uncanny Way To Deliver The Word Of God 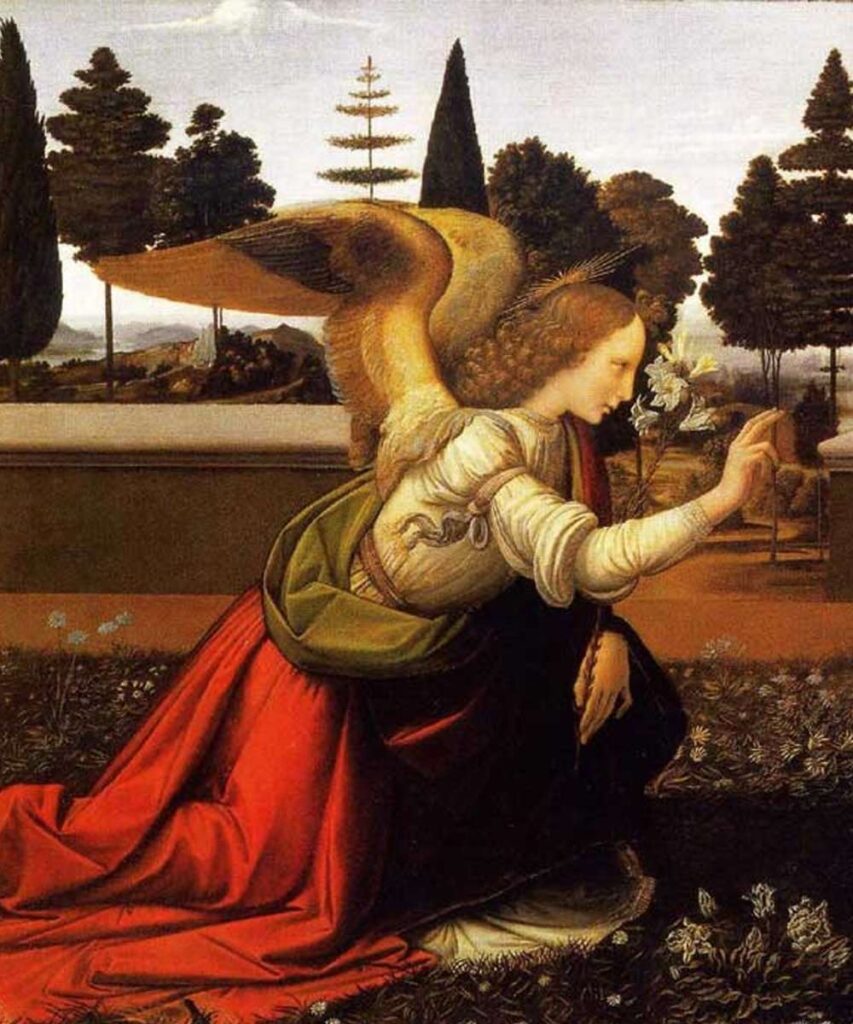 Many religious texts emphasize on the theme of Archangels being terrifying in their own right. This holds especially true for Gabriel. When given the task to announce to Zechariah the birth of baptist John, he grew angry at Zechariah’s protest. Gabriel is believed to have said “I am Gabriel. I stand in the presence of God, and I have been sent to speak to you and to bring you this good news. But now, because you did not believe my words… you will become mute, unable to speak, until the day these things occur.” 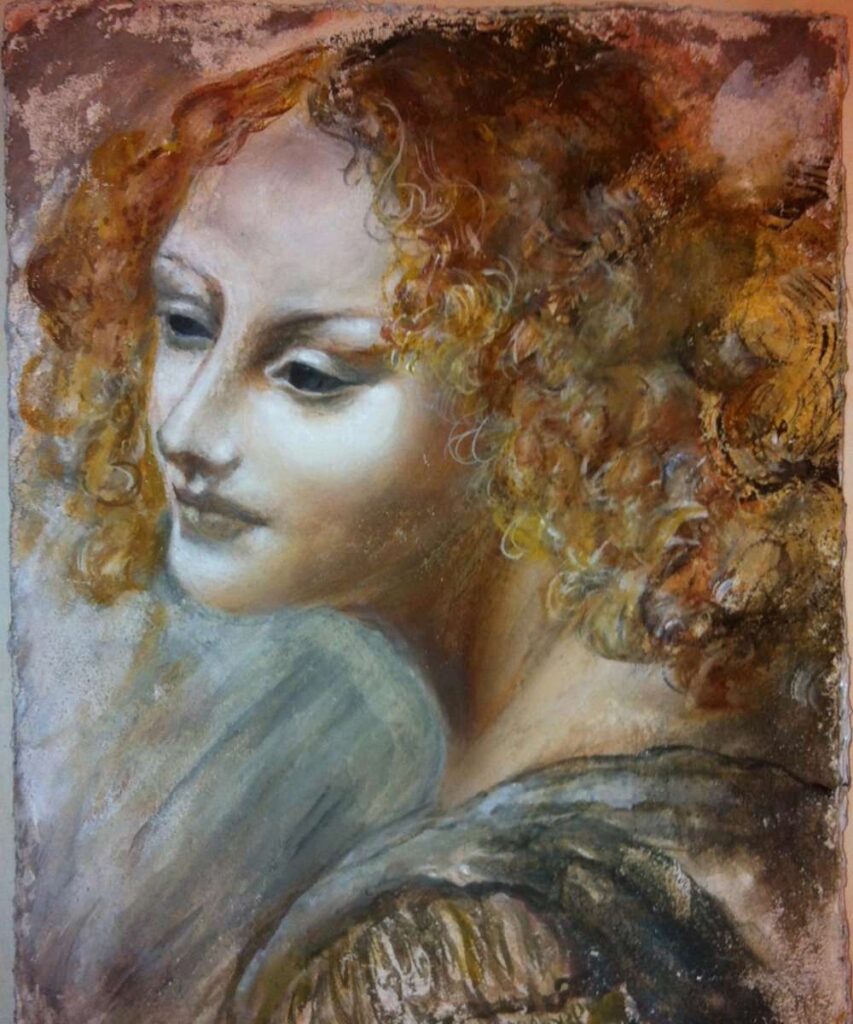 The Great Flood that wiped out humanity was believed to be Uriel’s idea to begin with. Disgusted by the mingling of humans and the outcast rebels, the Archangel sought to remove the abominations that arose from such unions. The eradication of the giant babies born from the relations between humans and angels living on Earth was unacceptable. In an attempt to cleanse the world, the Great Flood was initiated. 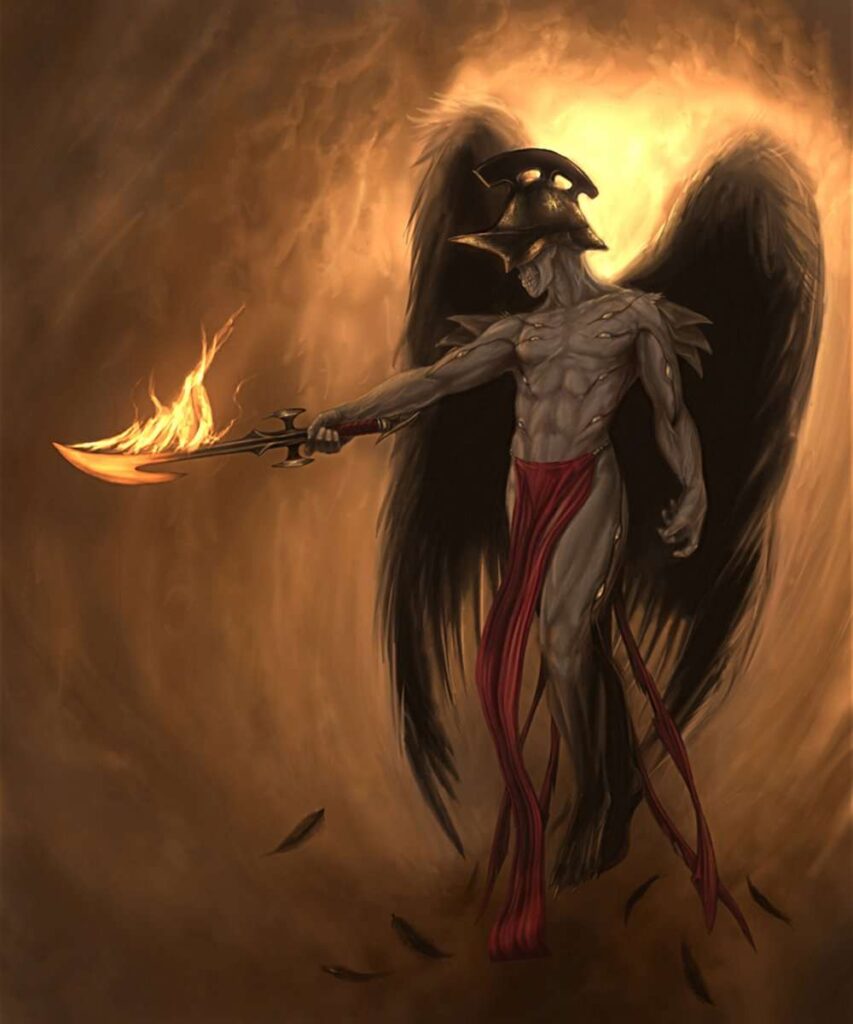 Often referred to as the Angel of Death, Samael decided to intervene in an unfortunate situation. Twin brothers Jacob and Esau were an ever conflicted pair with their disagreements stemming from the womb. Inheriting the earth and being born first was their major concern. At this point Samael made up his mind to kill baby Jacob in the womb and end it all. Had it not been for Michael stepping in, Samael would have succeeded. Michael retaliated to the act by meaning to burn Samael but that was when God intervened and saved him. 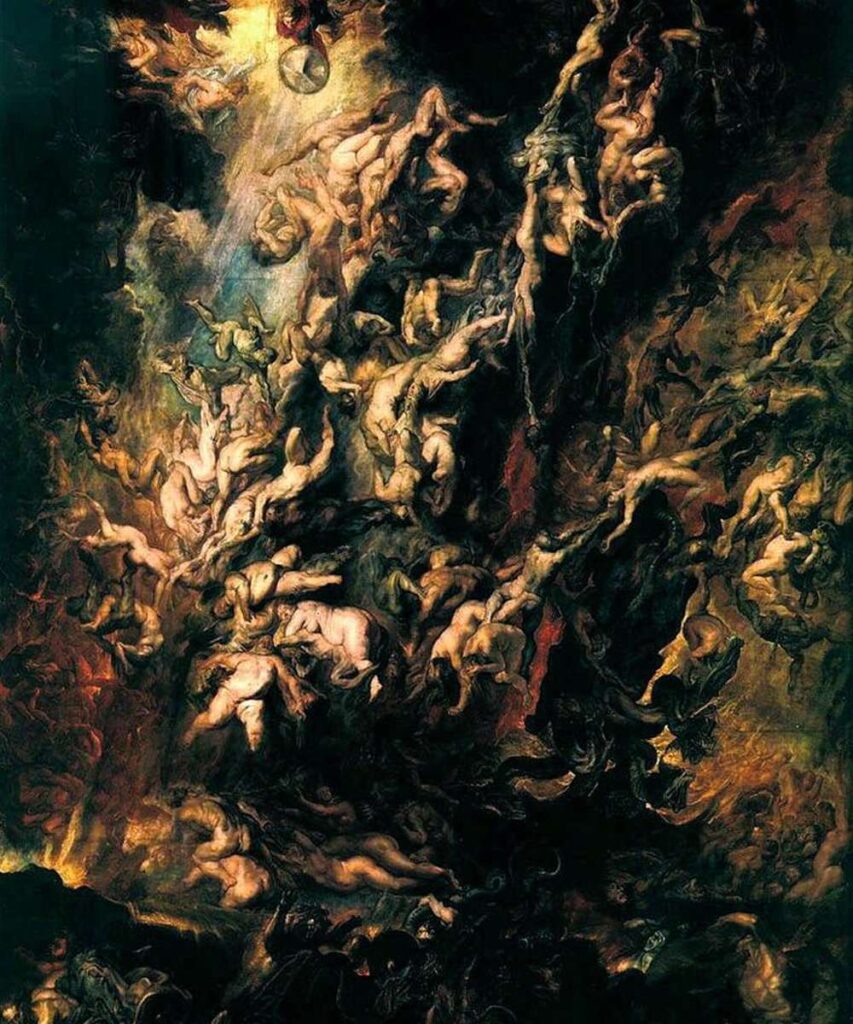 It appears like Archangels have a taste for death and destruction. During David’s reign one of God’s angels decided to wipe out Jerusalem. Having prepared an army fit for fighting Armageddon, the Archangel sought permission from God. Seeing how angels cannot act out of their own free will, God ordered them to call off the war.

“And when the angel stretched out his hand toward Jerusalem to destroy it, the LORD relented from the calamity…”

Angel of Death Wipes Out Egypt 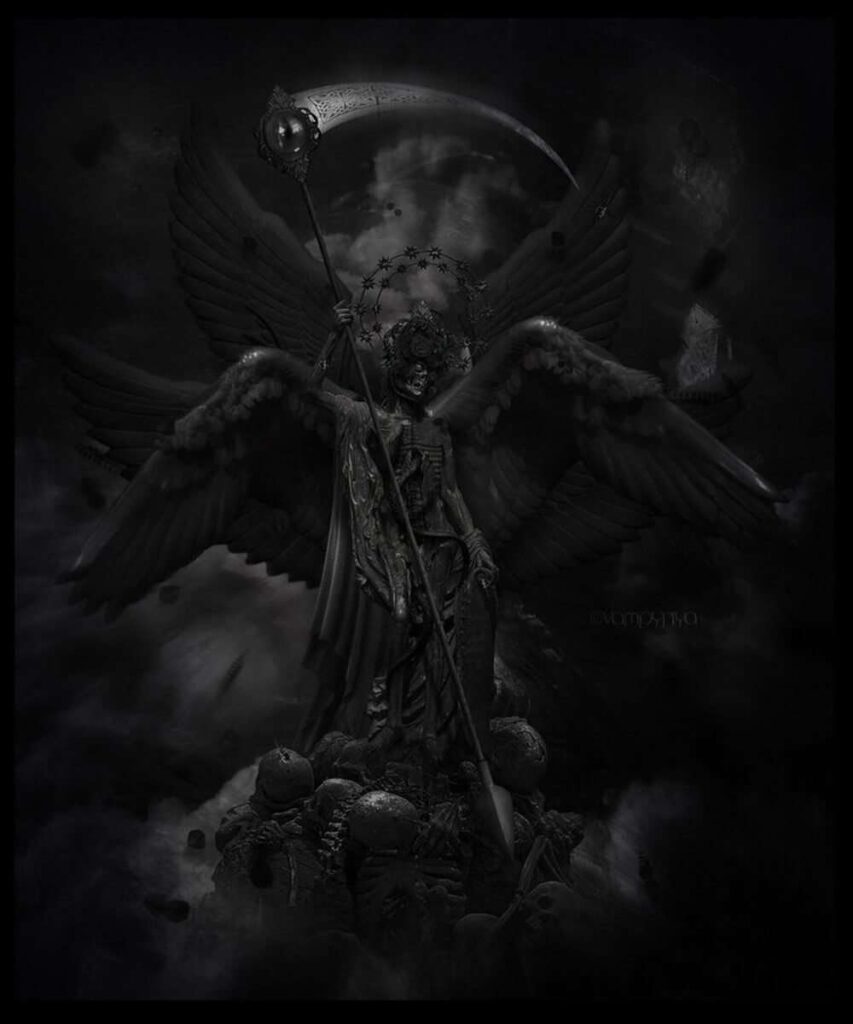 Several occasions which involve God sending the Angel of Death to abolish the Israelites’ enemies are mentioned in the Hebrew bible. A famous such incident is the Passover where all of Egypt’s firstborns were killed. An even larger bloodbath was the Archangel’s intervention to save Jerusalem from Sennacherib invaders. In a single night, 185,000 men were murdered. 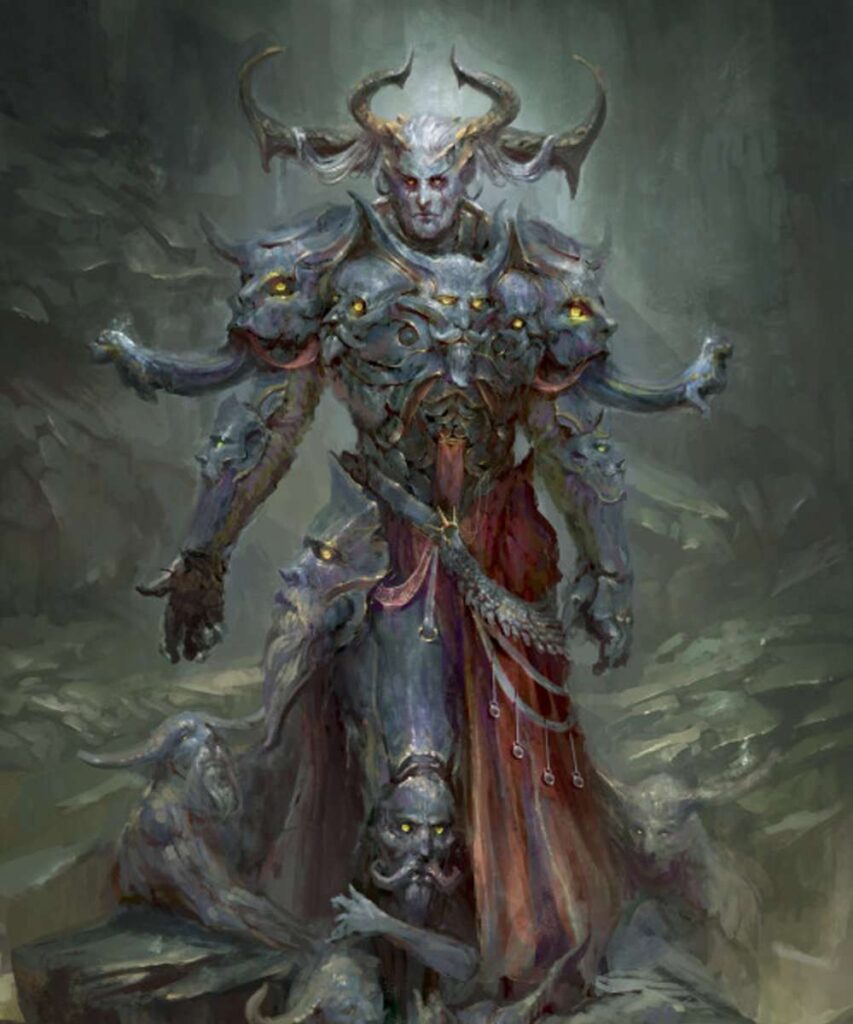 A demon no less than Lucifer himself, Belial is known as the embodiment of wickedness. Created after Lucifer, he was amongst the first to join the rebellion against God. When Michael rose to defend God, Belial was on the front lines of the rebels. He won three battles within which horrific carnage took place as did Michael. In the 7th battle, God intervened taking Michael’s side. Soon after Belial was abolished. 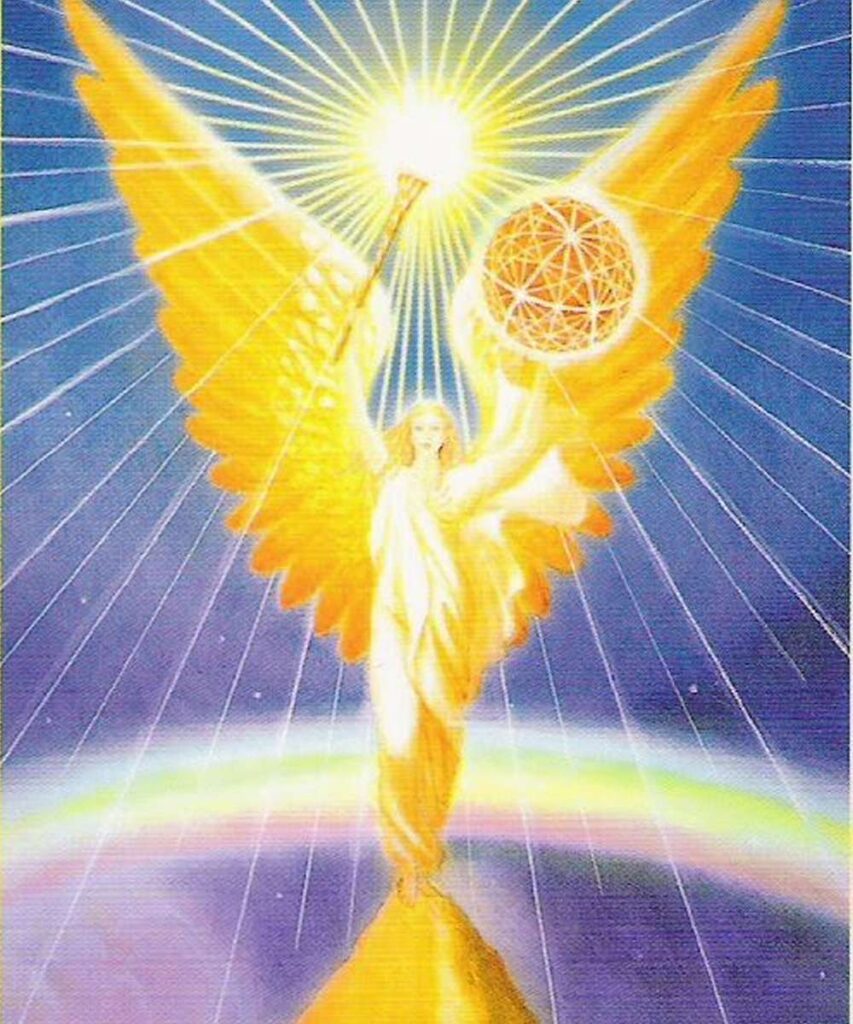 The Biblical story of the eviction of Adam and Eve from Heaven is well known. However, it does not highlight the Archangel responsible for the act. Jophiel is known as the Archangel wielding the flaming sword who protected the Tree of Knowledge in the garden of Eden. After breaking God’s rule, Adam and Ever were the firs to face his wrath and supernatural power. 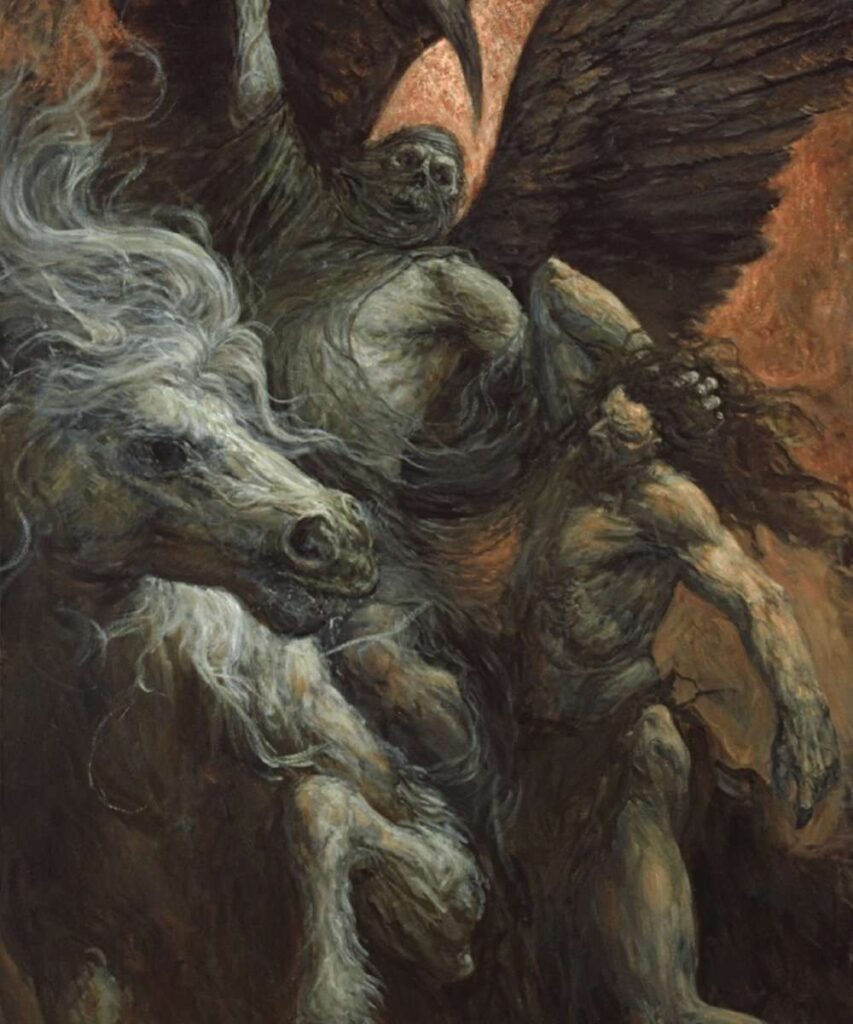 In Islam, Azrael is the Archangel of Death akin to the Grim Reaper of Judeo-Christian traditions. Many places describe him as four faced so as to watch over all four corners of the Earth. Eyes and tongues equivalent to the number of humans on Earth cover his whole body. In addition to that, he also has 4,000 wings. To top off the creepiness of it all, he is known to keep a journal filing in all the deaths and births of mankind. 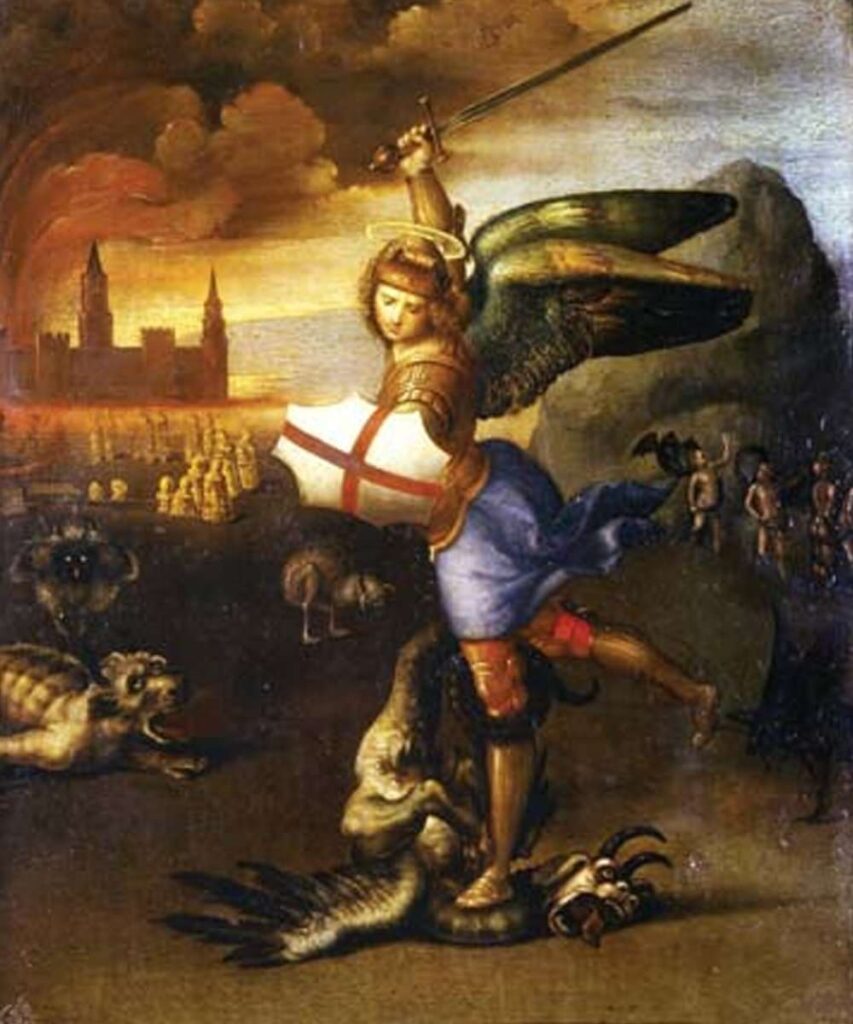 In Jude, Archangel Michael is said to have fought with the Devil over Moses’ soul. The battle ensued after the Devil chose to end Moses for killing an Egyptian. But due to the fact that Moses was a Messenger of the Lord, Michael was sent down to halt the Devil. Michael then saved Moses from the grasp of the Devil.

The righteousness of archangels sometimes seems so exasperating because they have been granted a grand set of powers that give them the ability to enforce whatever they will upon the realm of existence. But it is not so, their judgment is controlled by someone more supreme that they are, which we all believe to as God. After all, they slew the evilest of the Devils for the humans to live in peace. If you do not believe these grippingly haunting tales of terrifying archangels even after reading this article then you must read the history of archangels and the reason of their existence – reading the legends from different cultures might get you the grip.

Keep in mind, angels just serve as onlookers and monitors of heaven, hell, and earth. It is the archangels who are the intermediaries and truly, the ammunition of God. The remains of weapons they used to finish or incarcerate into the pits of Hell the devils that once perilously reigned the earth are scattered throughout the lands and oceans; and they serve proof that these haunting tales of terrifying archangels were, in fact, true celestial battles.