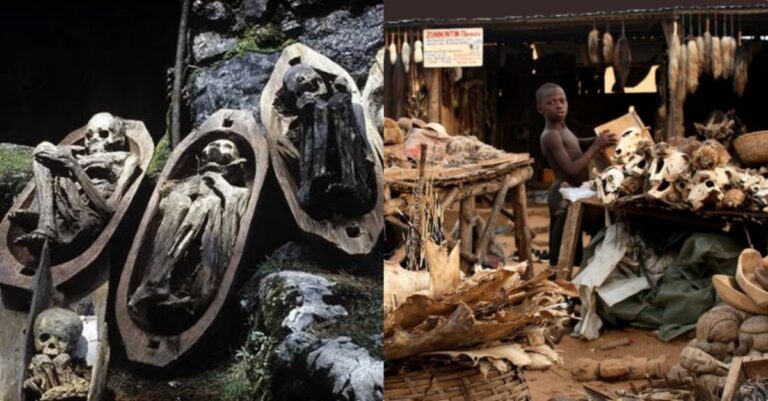 If you have a liking for the darker side of life, cancel your Disneyland trip. On this list of 10 of the more mysterious destinations around the world, you will get to experience nightmares turned reality. Definitely not for the weak of heart, these haunted locations hold in their depths darker mysteries than you can imagine Your guide to the land of the unknown, this list will either excite your terribly or terrify your beyond wit.

Leap Castle was built in 1532 and is considered to be Ireland’s most famous haunted spot.Not unlike other castles, its history is a bloody one. In Leap Castle however, things took a personal turn when the fight for ownership led a brother to turn against his brother. The fight ended in bloody murder with the victim being a priest. He was slain by his brother in front of the whole family at the chapel. To this day the chapel goes by the title of “Bloody Chapel”.

Elemental is among the many spirits said to reside within the castle. The inhuman creature is the size of a sheep but possesses a human’s face with dark holes instead of eyes. It also smells of decaying flesh. The appearance of the Elemental arose once archeologists discovered a secret oubliette in the dungeons. Used to execute prisoners, the oubliette involved pushing victims into a pit to a drop of eight feet onto spikes from the floor. The uncovered pit was found with over 150 bodies within. Some believe that the disturbed remains of the dead called the Elemental to the castle.

A giant cemetery and ossuary, the Parisian catacombs are located 20 meters below the city of Paris. In 1785, 6 million people’s rotting corpses and bones were buried in this unground tomb. They were also arranged in large piles known as the ‘Empire of Death’. About 200 miles of secret caverns and bone lined tunnels exist under the city. Although some parts of the catacombs are open to the public, for the most part, the network is shut off because of unmapped and unstable sections.

Known as the Bermuda Triangle of Romania, this haunted forest is located right outside of Cluj Napolca. It is home to mysterious appearances and disappearances, UFO sightings, electronic malfunctions, ghost stories and much more. Upon entering the forest, a lingering feeling of being constantly watched leaves you giddy. Additionally, your electronic devices will suddenly malfunction. In the middle of the forest, a large “dead zone” exists where even vegetation ceases to grow. Much of the paranormal activity occurs there. Many trees that grow within this area appear to be crooked as if an unseen energy bent them. Many people believe that somewhere in the forest a portal to an alternate universe exists.

In Chile, there are two abandoned mining towns called LaNoris and Humberstone that have a haunted repute. The towns were founded in 1872 and they flourished around a saltpeter mine. However, soon after the Great Depression when the business declined the town were soon abandoned by 1960. Rumor has it that the miners were treated almost like slaves which might explain why the dead rise from the ground at night. The local residents of adjoining town are terrified of the locations and no one sets foot there not even in the light of day. Oddly enough, the cemetery had multiple open graves within which bodies are left fully exposed.

In the Philippines, the Kabayan Caves are man-made caves brimming with perfectly preserved mummies. The Ibaloi tribe, isolated for centuries, made sure to mummify their dead by ensuring they drank a salty concoction prior to death. Following the death, the bodies were smoked on an open fire to culminate the mummification process. They were then placed into hand carved caverns.

In the 20th century, the burial chambers of what are dubbed as “fire mummies” was rediscovered. The location soon became popular for tourists. However, that did not last long for the mummies started getting stolen. Locals of the area believe that the Kabayan region now holds a cruse after a tribal chieftain’s mummy was stolen for what is believed to be a circus sideshow.

In 1974, the U.S. National Parks Service purchased the town of Helltown and had everyone evacuated. The plan was to build a national park. However, until today Helltown is abandoned and no park was ever built. It raised questions as to why the evacuation really took place.

A lot of myths surround the vacant land. Out of the more durable stories, the Presbyterian church stands which is believed to be built by Satanists. It even contains upside down crosses. People even state that Helltown is a home to mutant creatures such as the “Peninsula Python” – a gigantic snake that is believed to have been birthed from a chemical spill.

A man named Mel claimed the discovery of an infinite and mysterious hole on his property near Ellensburg, Washington. The bottomless pit was quickly dubbed Mel’s Hole, and its paranormal powers engendered urban legends. When speaking of the pit, Mel said that the nine-foot wide sinkhole had a depth greater than 80,000 feet. He stated that he tied together multiple fishing lines and lowered them into the hole for a depth over 15 miles and he did not hit earth.

His claims also included the tale of dead animals being brought to life. According to him, a dead dog was thrown in the pit only for it to be tossed out, alive. The hole and Mel’s identity have not been proven to this day. Multiple ghost hunters and adventurers travel to Ellensburg in hopes of stumbling upon the infinite pit.

Island of the Dolls

In Mexico, the island in Xochimilco is an uninhabited location that is easily the most mysterious of travel spots in the world. The tale of the island start back from 1950 when a man named Don Julian Santana saw a little girl drown in the Aztec Canal. This was on the banks of the Island of the Dolls. He was overwhelmed with remorse and guilt for not having saved her and claimed that the little girl haunted him. A few days later, a doll washed up on shore. Santana took this to be a sign from the gods and he hung it on a tree nearby in an attempt to appease the tormented spirit of the girl.

It was not long after he forsook his relatives, friends and family and turned to the island making it his permanent place of residence. Ever since, he collected every doll that washed up ashore, for 50 years and hung it up on trees. In 2001, in the exact spot where the little girl had drowned 50 years ago, Santana was found dead, lying face down. The locals claim that in the days before his death he used to hear the girl’s voice beckoning him to the waters. Visitors to the island today bring dolls for hanging in order to appease the restless spirits living there.

In Togo, the Akodessewa Fetish Market is the biggest voodoo market in the world. More than half the population of Togo are involved in indigenous beliefs which make use of religious equipment that is hard to acquire normally. From skulls, bones and flesh to shrunken heads and talismans, just about everything can be found at the famed fetish market.

Sold as ingredients, these things are often available in the form of powders or mixed with other herbs. These powders are directly rubbed into a cut on the patient’s chest which “cures” him from whatever he may be suffering from. This is easily one of the most macabre pharmacies in the world.

In Wuyi Mountain, the tradition of hanging coffins as an ancient funeral custom in Asia is prevalent. Some of these coffins lie on rocky projections whereas others are cantilevered on wooden stakes. Some are even placed inside caves. The Wuyi Mountain’s hanging coffins are the oldest in the world; some being older than 3,750 years. The bizarre practice has made the place eerily haunted.

Equipped with a list of the most eerie and haunted places in the world, have you picked out your next vacation spot? These places are ones you can learn more than enjoy from. From mysterious deaths to dark magic, what dwells in these locations is definitely worth exploring. Or is it?