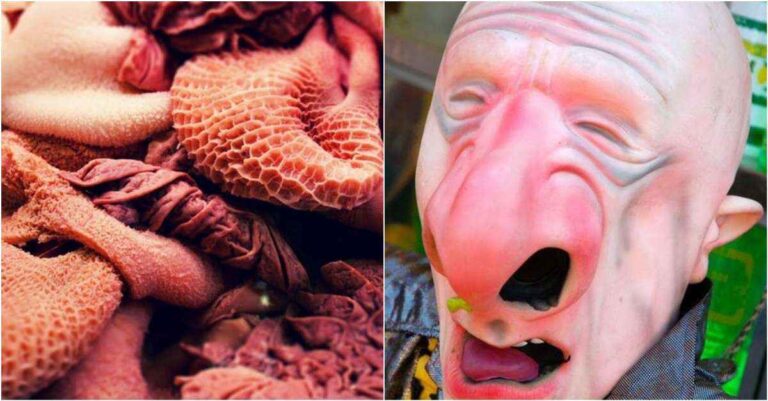 You may be under the impression that you are in full control of your body, but you’re mistaken. Even when awake, your body is always doing things in the background, and some of these functions are downright creepy and repulsive. The human body is a pulsating mass of life that’s constantly destroying and regenerating itself.

Sebum Pours Out of Your Face

Sebum is basically the oil that comes out of all the pores on your skin at all times. That means you’re always covered in a layer of oily secretion no matter what you’re doing. Too much of it and you have horrible acne, and really, there’s nothing you can do about that grease. On the plus side though, if your body weren’t layering you with grease, your skin would eventually flake up and fall off faster than it can regenerate.

Your Mouth Is Always Brewing Saliva

Throughout the day, your salivary glands make around two to four pints of saliva a day, mostly in the afternoon, and there really is not much you can do to ‘turn it off’.

Your kidneys are constantly working to filter all the toxins from the nutrients and water your body needs. The toxins pass as warm, warm urine and the rest go right into your bloodstream.

Those random thoughts that swim past your conscience from time to time – wanting to jump off when at a high altitude or wanting to push your friend off? Yup, that’s your brain doing its thing in the background. Come to think of it, the only thing that differentiates you from a serial killer is the fact that you don’t focus on those thoughts and they can’t avoid it. Well, glad you at least have that control in your power.

That’s when your, say, arm or leg kicks up with a mind of its own when you’re almost into dreamland. It is still not certain why it’s a thing, some say it’s because our ancestors used to sleep in trees and regaining balance was their primal instinct, others believe it’s just because of caffeine. Who knows, really?

Mucus Down The Hatch

Through the day, our bodies make about 1.5 liters of mucus. That’s an ENTIRE bottle of water you’d buy at a convenience store. With no voluntary control, this mucus is produced in our throats, nose, and likes to catch the unwanted and harmful particles in our body that we eventually cough up or sneeze out. But mostly, we just unknowingly swallow it and it gets digested.

I mean you lose ALL the skin on your body and get new, untouched skin about every thirty days. That’s how much your body sheds and pushes new cells through to keep the system alive. However, the most revolting of these rebirths is probably the stomach lining. Because of your stomach acid, your stomach lining has to regenerate really often to avoid eating and digesting itself!

The Battle of Bacteria In Your Digestive System

Scientists still may not know why we have them, but they do know why they grow so rapidly. The rate varies for everyone, but in terms of diet and metabolism, the speed of growth can be affected. And since metabolism slows down as you grow older (why you grow older), so does the nail growth.

It’s why your body knows not to drink rotten milk! Mainly the kidneys, they detect whether or not what they just got is ‘good’ or ‘bad’ for you and adjust your blood pressure as an alert system.

Just like the stomach lining, all the cells in your body constantly divide to replace the dead ones shed or to help the organs grow. This particular kind of cell division is known as Mitosis, it’s what helps your wounds heal!

Not as much as snakes, but we do also shed our skin and grow it anew. You shed it everywhere you go and there’s probably plenty of you on your bed right now! And there’s nothing you can do about it. Everyone you know, everywhere you go, there’s always shed skin laying around and it is downright disgusting.

But that’s not all. That’s right, your brain. As much as you think you are in full control of you right now, there really isn’t much you can do to stop or start the fireworks of neurons going off in your head at all times. After going through this article, you’d realize that your body is such a strange piece of meat doing so many things in the background, always at the brink of destruction if anything stops working with or without your consent. There really is no way to end it but just to let it be and live your life just the way you were. Ah, ignorance is a bliss!