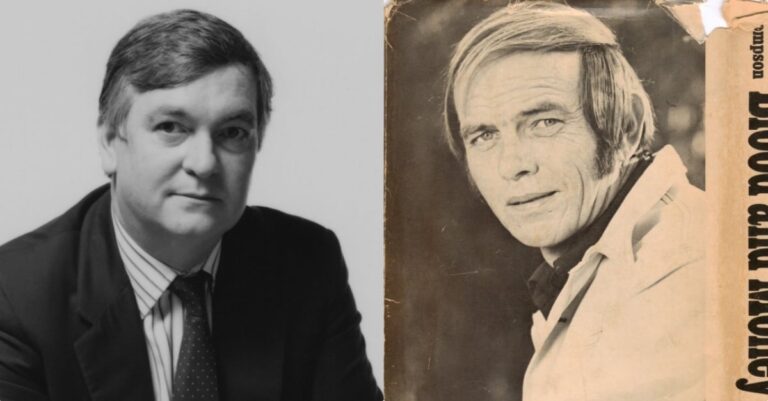 Are you a person that enjoys snuggling up on the couch with your favorite person or blanket and binge watching countless marathons of your favorite crime dramas? If you are, or if you’re looking for a new drama to love, then you should check out these books. These famous crime authors will make you hungry for more of their books and will make you fall in love with the crime genre. 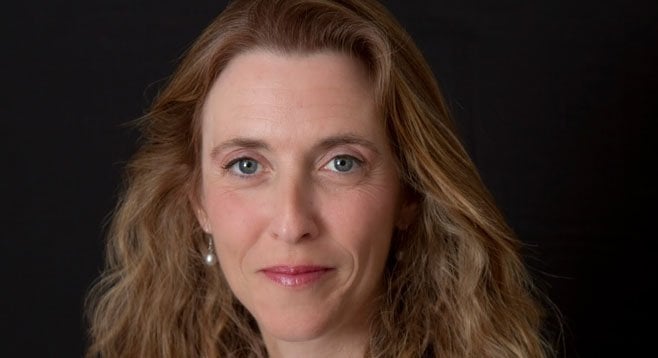 Before Caitlin was one of New York’s bestselling authors, she worked as an investigative reporter for The San Diego Union-Tribune. She fell in love with learning about the various cases she reported on, so she decided to take her love for writing and crime, combine them together, and become a full time author for true crime. Besides writing, she also teaches creative non-fiction, creative writing, and journalism at the University of San Diego. One of her most popular books is called Lost Girls, which is about convicted killer John Albert Gardner and looking into his motivation for raping and killing two teenage girls in the San Diego area.

Ann is one of the most successful crime genre authors known today. Before her success and fame for her writings, she was a law enforcement officer in Seattle, Washington. Ann always likes to tell the tale of when she was a volunteer for a suicide hotline in 1971 and during her volunteer time there, she had met the infamous serial killer Ted Bundy. She befriended Bundy and was in denial about him being a serial killer. But, as more facts surfaced and all of the evidence was pointed to him, she soon accepted that her friend Bundy was a notorious serial killer. Her book The Stranger Beside Me, which was released in 1980, was about Ted Bundy and helped launch her career as a true crime author. Throughout her career, she has written 35 true crime books.

Before taking off as a true crime author, Joe was a columnist for The New York Times where he mainly focused on writing about business travel. He learned how to extensively research topics, though, so his investigative journalism has helped him write about a various amount of topics, including true crime. True crime became the focus for one of Joe’s most successful books, Above Suspicion, tells the story of Mark Putnam, an FBI agent, who murdered his mistress/informant. This book is also coming to the big screen this year with Emilia Clarke and Jack Hutson as the starring roles in the movie adaptation. 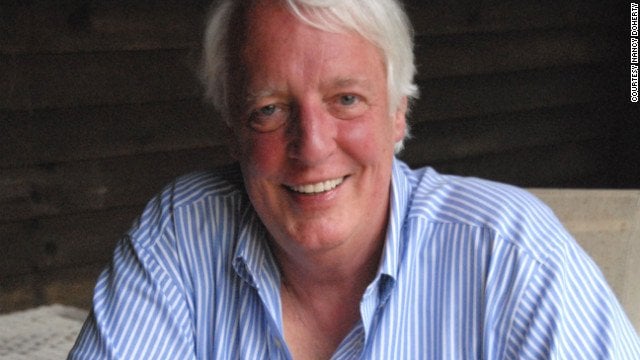 Joe McGinniss, a controversial author because of his book Fatal Vision.

Joe McGinniss is known to stir up controversy over his true crime book Fatal Vision. Other than writing this controversial book, he has also written The Selling of the President and The Rogue: Searching for the Real Sarah Palin. Going back to the controversial Fatal Vision, this book landed him several different lawsuits because he was hired by Captain Jeffrey R. MacDonald, who was convicted of murdering his wife and two children in 1970, to write about his innocence at the start of the trial, but during the trial McGinniss started to believe that MacDonald did it. Because McGinniss had a different viewpoint, he started to write about how MacDonald did it, which angered the Captain and forced him to sue McGinniss for the story he told. 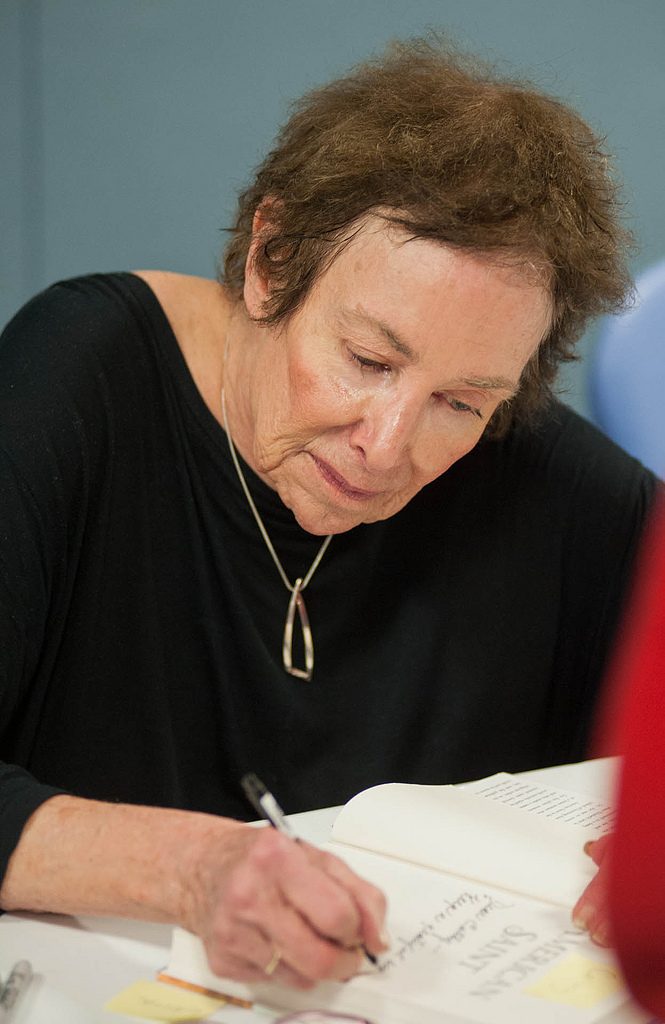 Joan signing a book for a fan.

Along with being a true crime author, Joan is a contributor to The New York Times and The Washington Post. Over the years, Joan has written a multitude of true crime books and biographies, including A Death in Canaan. This popular fan favorite is about Peter Riley, an 18-year-old boy who became wrongly accused of killing his mother. The book dives into detail about how Riley became accused of killing his mother and how is Connecticut home town supported him throughout the entire trial. 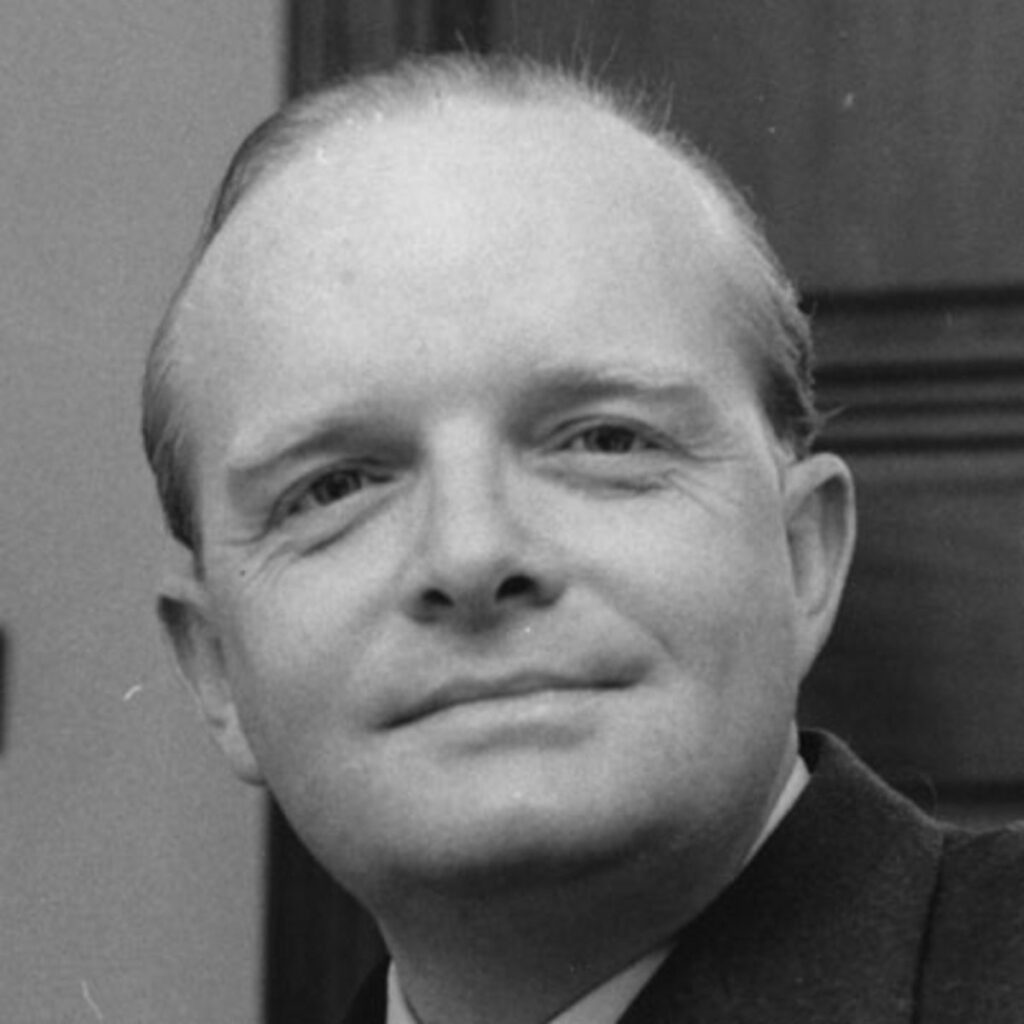 His range in writing has taken a few people by surprise, but the author of Breakfast at Tiffany’s is also the author of the book that is said to have kicked off true crime books, which is In Cold Blood. This non-fiction book is read like it is actually fiction, but it follows the extremely real story of the 1959 murders of the four members in the Clutter family in Holcomb, Kansas. Besides being one of the most popular true crime authors of all times, Truman has also been a screenwriter, playwright, and an actor. 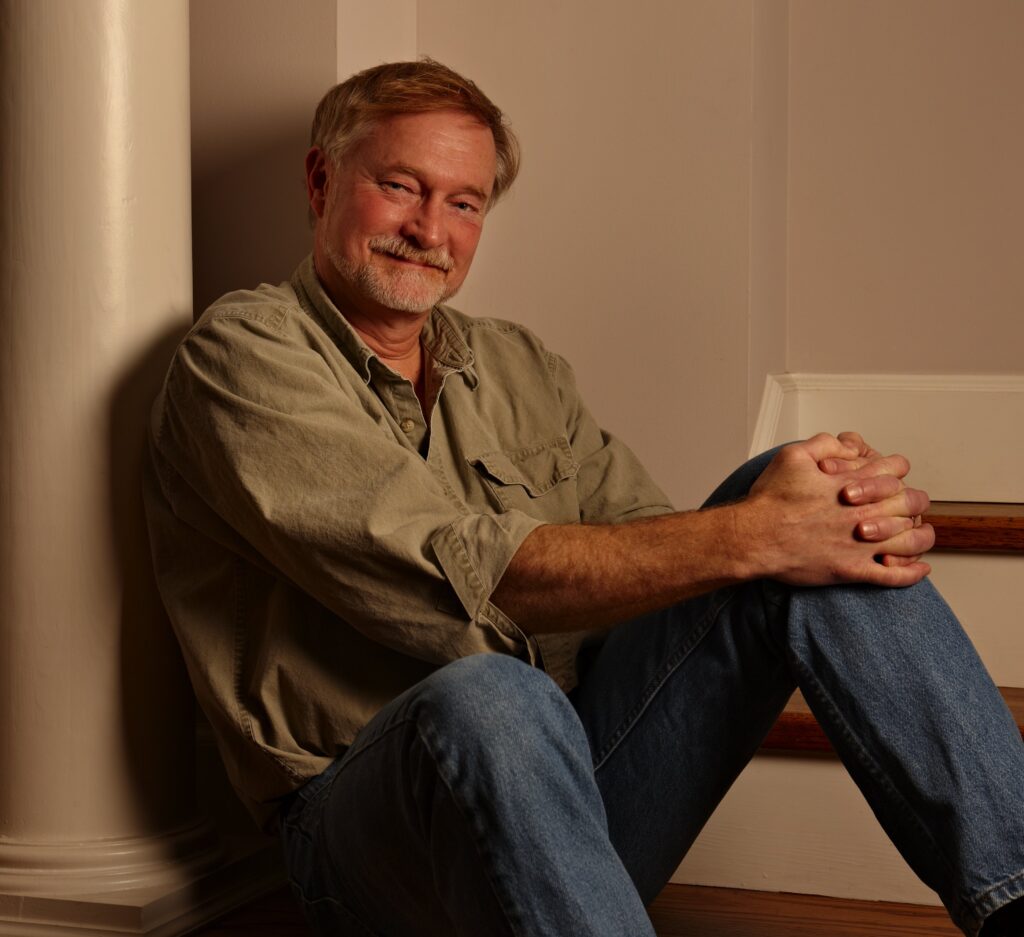 Before the start of being an author, Erik was a journalist who got his start at The Bucks County Courier Times. During his journalism time there, he wrote about murders, witches, environmental poisons, and a copious amount of other topics. After that, he proceeded to write for The Wall Street Journal and TIME Magazine and his stories appear in The New Yorker, The Atlantic Monthly, and Harper’s. His most popular books include Dead Wake, In The Garden of Beasts, and The Devil in the White City- with the latter telling the story of H.H. Holmes and the murders he had committed. 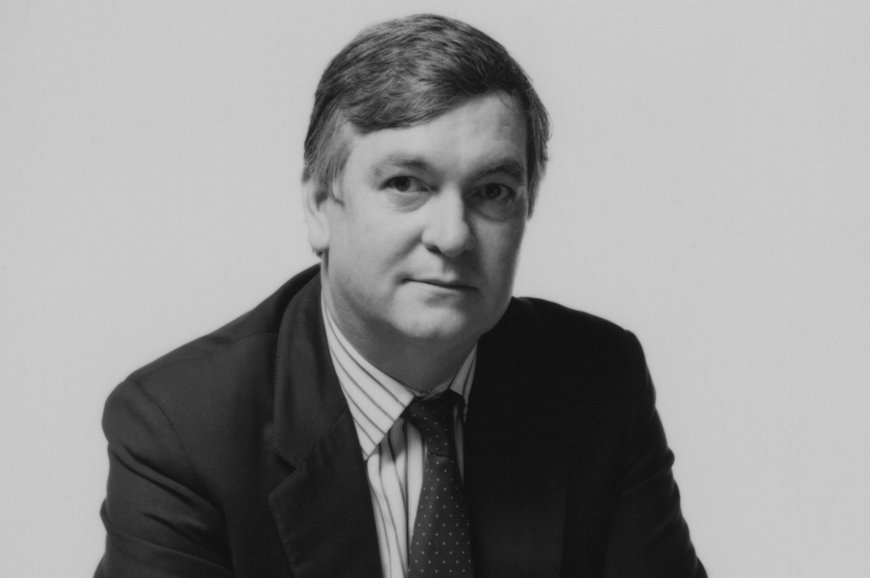 Darcy was the son of Hollywood silent films where his mother was a frequent co-star for John Wayne. He proceeded to become an author, though, and has won various awards for his books. This award winning author has written fiction and literacy criticism as well as true crime books. He is mostly known for his true crime books, though, with his most popular book, The Hillside Stranglers, exposing the horrific crimes of Kenny Bianchi and Angelo Buono, Jr. These two cousins went out into the Hollywood Hills and murdered two women in the 1970’s. Before Darcy passed away, he was inducted into the Oklahoma Writers Hall of Fame for his outstanding books about true crime and how explicitly detailed they are. 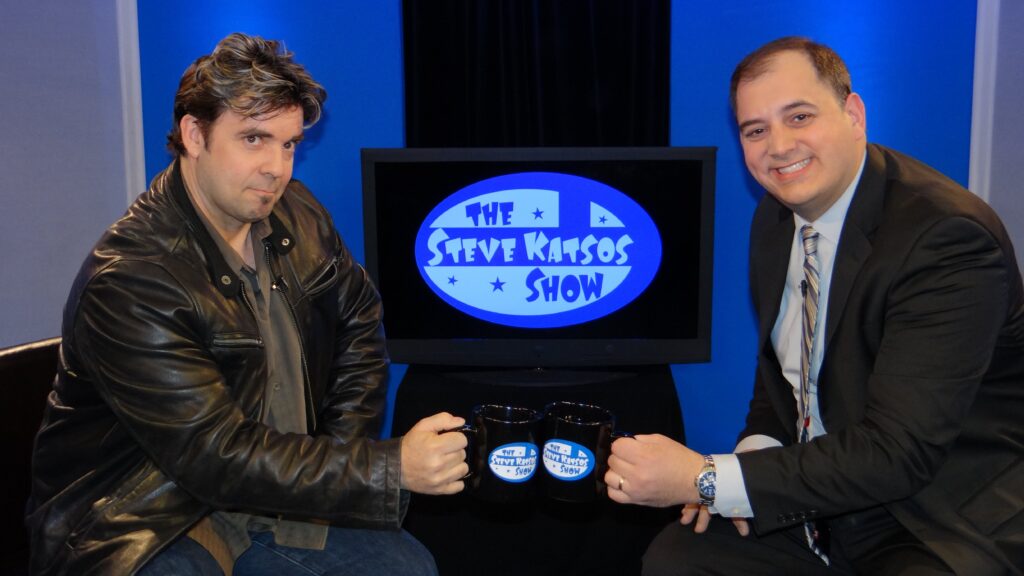 Phelps on a talk show talking about his books.

Phelps is a true crime author and an investigative journalist. He has written over 31 books and has become one of New York’s Bestselling authors because of how amazing his books are. He has also written publications for New Day London and was a consultant for the first season of the critically acclaimed television show Dexter. His book Obsessed, which came out in 2014, follows the story of a love triangle that goes horribly wrong and introduces the readers to Shelia Davalloo and Nelson Sessler. These two first met in a research lab that is located in Stamford, Connecticut; but, Sessler started to see another coworker and had no knowledge about how violent and malicious Shelia really was. 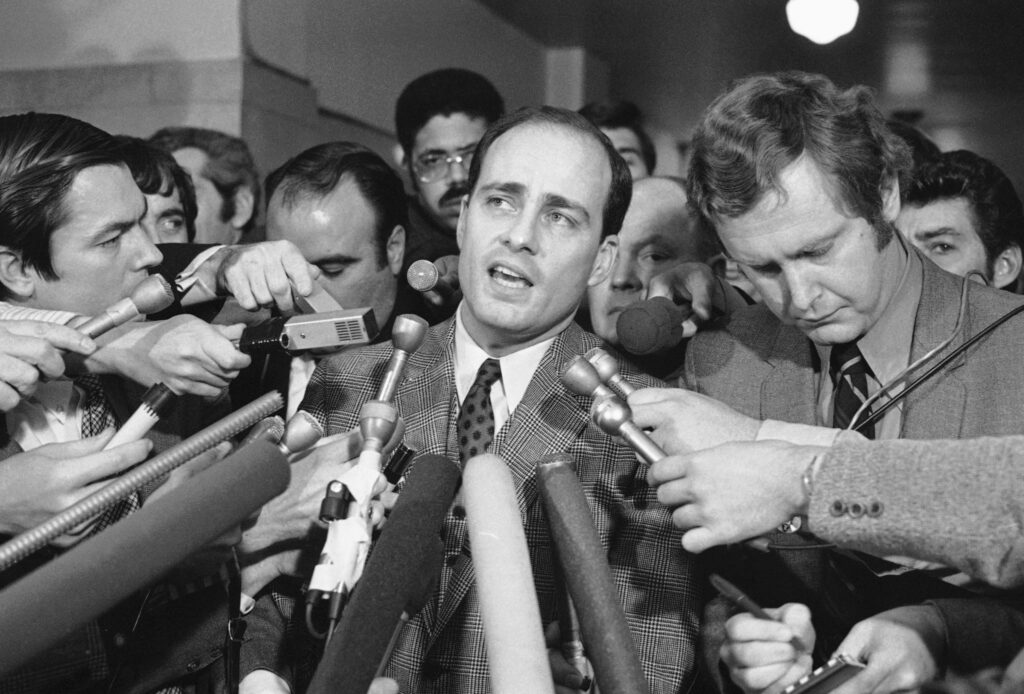 This true crimes author is well known to be the prosecutor who prosecuted Charles Manson and the others who were involved with the Tate murders in 1969. Based off of his experience, he turned his first book, Helter Skelter, into a widely known true crimes book that won the 1975 Edgar Award for Best Fact Crime Book. The book became so popular and loved because it discussed the first hand experiences Vincent had with Charles Manson, Susan Atkins, and Patricia Krenwinkel, as well as others involved with the murders. Vincent also written books about O.J. Simpson, George W. Bush, and the assassination of J.F.K. 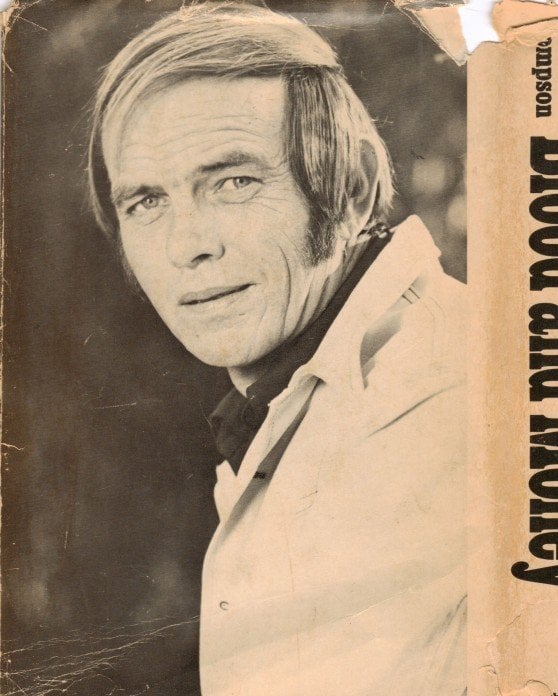 This author was also a journalist and covered topics that ranged from the J.F.K. assassination to the making of the Beatle’s album Sgt. Pepper’s Lonely Hearts Club Band. One his most popular books, though, is Blood and Money, which is about the murders Joan Robinson Hill and John Hill. These murders were believed to be involved with a scandalous plot and the alleged involvement of Joan’s wealthy Texas oil tycoon father, Ash Robinson. Other popular books that Thomas wrote include Serpentine, which is about the convicted murderer Charles Sobhraj, and Lost!, which is his most successful book that tells the story of three people who became lost at sea after a strong and devastating storm struck the Pacific. 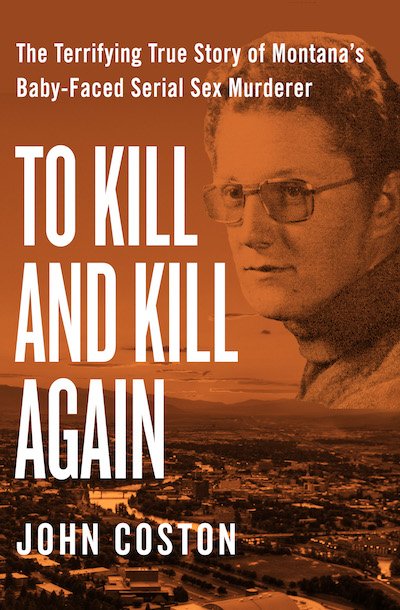 One of his most famous books.

John was a news editor for The Wall Street Journal and has become a true crimes author. He wrote the books To Kill and Kill Again, and Sleep, My Child, Forever. Both of these books focus on troubling cases, with the first book focusing on Wayne Nance, who was a suspected serial killer that was never charged nor convicted of the crimes he supposedly committed because he was killed by a man who was trying to complete a murder. The second book is about the story of Ellen Boehm, a single mother who was trying to get some extra cash she attempted to murder her children so she can collect their life insurance policies.

All of these books mentioned on this list, as well as the others written by these authors, can be found on iTunes, Amazon, or Barnes & Noble. These are some of the best authors that write true crime books and they never fail to disappoint their fans. They will captivate you in the stories and will make you frantically read as you try to figure out what happens next. Be sure to pick up your copy today and enjoy the genre of true crime!