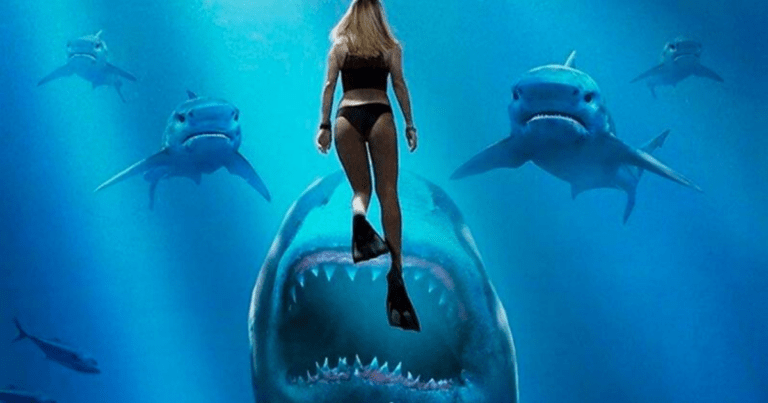 Many horror fans will be surprised to know that Deep Blue Sea is now a trilogy, as Warner Bros. has announced that they are releasing Deep Blue Sea 3 this year, with a targeted release date of July 28, 2020, in the United States.

This is the first time we have received news about this title after previous news was reported last year that they are lobbying for a Netflix release.

Plot details are yet to be revealed for the movie, but one can assume that it will be pushing for scarier genetically-engineered sharks this time. With the Motion Picture Association of America (MPAA) has recently giving Deep Blue Sea 3 a rating of R, for “bloody images, some violence, and language,” we can expect that it is going to be yet another fun and very bloody movie set in the ocean.

The first Deep Blue Sea movie released in 1999, although a gamble for Warner Bros. for its big-budget (it costs $82-million to make), was a box-office hit – accumulating over $235-million worldwide.

Despite having mixed reviews in its theatrical run, many critics have noted the movie’s impact. Wired’s Bryan Rafferty still considered it as “the greatest non-Jaws shark movie of all time” for its “genuinely inventiveness and memorable death scenes.” He also likens Deep Blue Sea to Paul Verhoeven’s Starship Troopers and Luc Besson’s The Fifth Element for its cult value.

Last 2018, Deep Blue Sea 2 was released as a direct-to-video release through Warner Bros.’ Home Entertainment division. Although the thought of seeing the sequel on a big screen seems exciting, it still managed to be a commercial success, landing on number 8 of Top 20 home video sales.

What are your thoughts on Deep Blue Sea 3? Share your reactions in the comments section below.