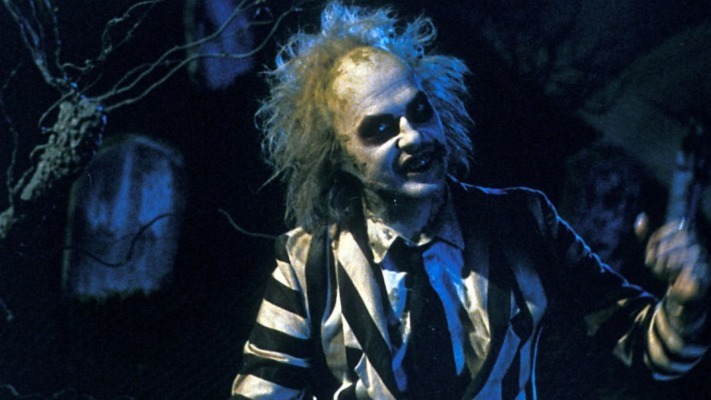 After years of anticipation and speculation, it appears that horror fans could finally get a sequel to the 1988 classic movie.

Back in the spring of 1988, a strange horror-comedy titled Beetlejuice advanced into theatres, where it gained an impressive amount of cash and gained positive reviews, the movie ended up appearing on pretty much every satellite TV channel at least once a week during October.

It included some very clever writing and unusual horror which pushed Michael Keaton to fame and turned it into a fine example of the genre, it is still getting a lot of praise from fans right up to this day. Tim Burton has been reluctant about making another movie, saying back in the spring that it probably wouldn’t happen, yet people haven’t given up hope still.

Only the other week, Danny Elfman (the composer) hinted that a follow-up might still come to fruition, with Keaton said to be keen on coming back to the role.

It’s unknown if the venture is being developed at the present time or if it’s just something they intend on getting back to in the future! (see what I did there! too funny!)

We Got This Covered has reported that Warner Bros. is moving forward with plans for a “Beetlejuice 2.” It remains unclear if the project is actively in development or if it’s simply something the studio intends on doing later. However, the report suggests it’s “definitely” happening, and Michael Keaton is “expected to return.”

It is reported that Warner Bros. would also like to bring back Tim Burton and Winona Ryder, although, they’re not locked in for the project just yet. The main goal is to see the old squad back together.

It’s still too soon for anything to be finalised, we will just have to wait and see for now and keep our fingers crossed. We will let you know as soon as more information is available.

Let us know your thoughts in the comments. Should it be left as a classic or are we ready now for Beetlejuice 2?