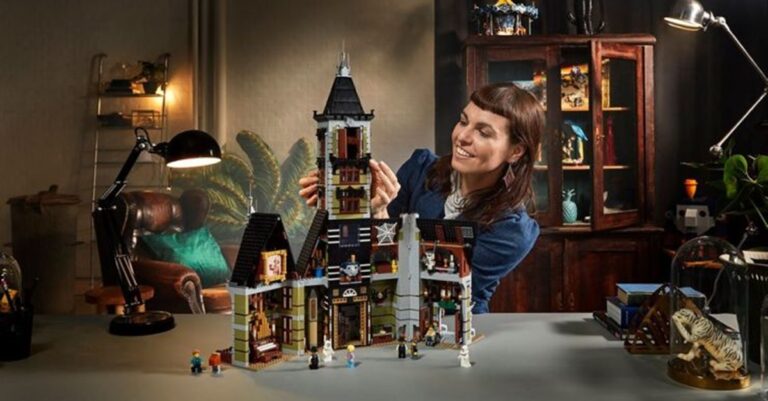 LEGO has always been one to try to outdo itself with new sets. With many of these being based on movies, such as the Death Star from Star Wars, it shouldn’t be surprising that they’re as realistic as possible. However, the toymaker looks to have taken the cake with the upcoming Haunted House.

The 3,231-piece set, which is initially set for release for VIP customers, looks to have a few hidden secrets once built. Perhaps the most notable is a free-fall ride. As the company notes in its description:

“The house opens up, making it easy to explore inside where you’ll discover a working free-fall ride plus automatic doors at the top of the tower. See the haunted front doors close for a spooky effect. Add the LEGO Powered Up components (available separately) to control the elevator via the Powered Up app.”

The toymaker also notes that, while the Haunted House is designed for children, it can also be enjoyed by adults. Based on the description, however, it looks as though the set may be better suited to adults. At a minimum, it seems like an adult will definitely have to help in putting it together; even LEGO has noted that the construction will be challenging. This is made worse by the sheer number of pieces included.

Thankfully, a construction guide is available, so putting it together shouldn’t give you too many nightmares. Adding to the set’s creepy nature are automatic doors that give the impression that ghosts are moving around, as well as a built-in light that only illuminates key areas. Lastly is a curse painting, although it’s unclear as to what this will mean once the set is complete.

LEGO’s Haunted House is available for $249.99 and will be released on May 20 for VIP customers. It’s set for a wider release from June 1 onwards.