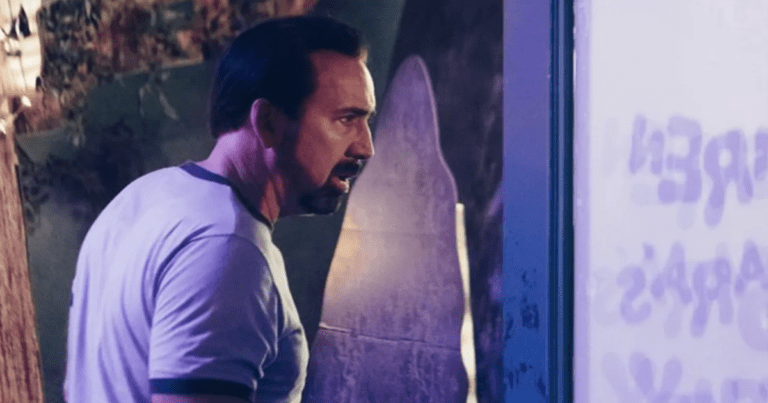 This cult classic in the making, directed by Kevin Lewis (The Drop), follows a man who is tricked into cleaning a Chuck-E-Cheese-style entertainment center in exchange for service on his broken-down car. This outlander then joins forces with some locals, including a turbulent teen leading lady, Liv, played by Emily Tosta (Mayans M.C.), to survive a night of terror and trepidation at the hands of some seriously twisted animatronics.

On Tosta, Lewis commented, “When I first saw Emily in Mayans M.C., I was struck by her unique combination of toughness and sensitivity and knew immediately we found our perfect Liv.”

Of course, part of the film’s success comes from the addition of Action/Thriller veteran Nicolas Cage to the roster. Cage is currently working on several other projects including abduction horror “Prisoners of the Ghostland” and crime-thriller “10 Double Zero”, as well as a thoroughly intriguing  TV mini-series on Joe Exotic.

“For me, there was always one actor and one actor only who could make this movie work, and that actor is Nicolas Cage,” said Lewis.

On Willy’s Wonderland’s international sales success, Foresight Unlimited Chairman had this to say;

“Certainly, part of the reason Willy’s Wonderland is selling so well is the spike in demand for mid-range genre thriller titles with a name actor attached. But particularly since this film has the makings to become a cult classic, and after showing buyers footage, they are believers as well.”