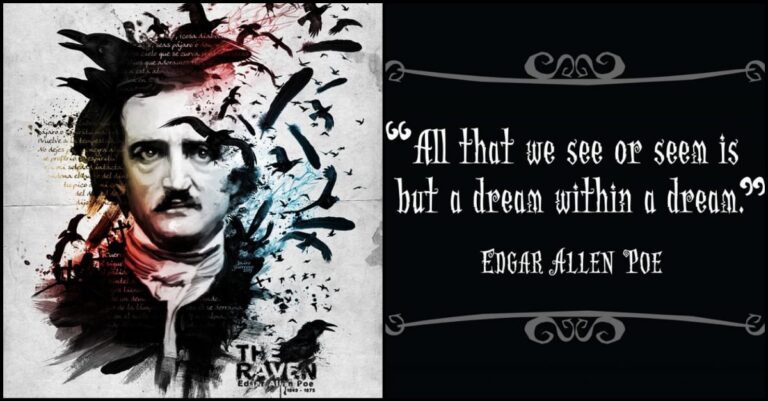 Edgar Allan Poe was a well known American writer who wrote a series of poems and short stories that focused mainly on mystery and the macabre. Some poems that helped him grow to fame and popularity were The Raven, Annabel Lee, The Bells, and Lenore. One of his most famous short stories that people know is The Tell-Tale Heart. Listed below are some facts that people may not know about Edgar Allan Poe and the life he lived outside of writing poetry and stories. 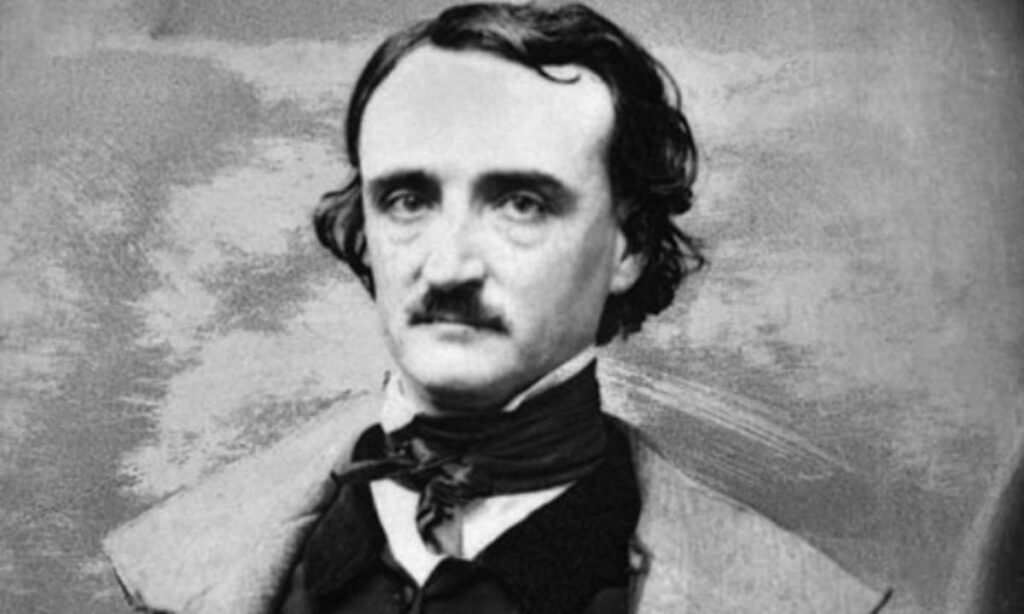 When Edgar Allan Poe was only 18 years old in the year 1827, he enlisted into the United States army by using a fake name and age. The fake name that he used was “Edgar A. Perry” and he told the army that he was 22 years old so he can be enlisted without any problems.

Poe had a strong love and obsession with cryptography. Because of his love for it, he tried to incorporate it into his literature so the field could become more popular and people would take a stronger interest in it. “The Gold Bug” depicts just how much Poe loved cryptography and how he tried his best to shed some light on the subject. In this story, he incorporated ciphers as a key and essential part of the story.

As he was growing up, Poe had a foster father he never got along with. The name “Allan” came from this foster father and because there was such hatred towards him from Poe, he would very rarely sign anything “Edgar Allan Poe”. Instead, he would sign documents with the names “Edgar A. Poe” or “E. A. Poe”. 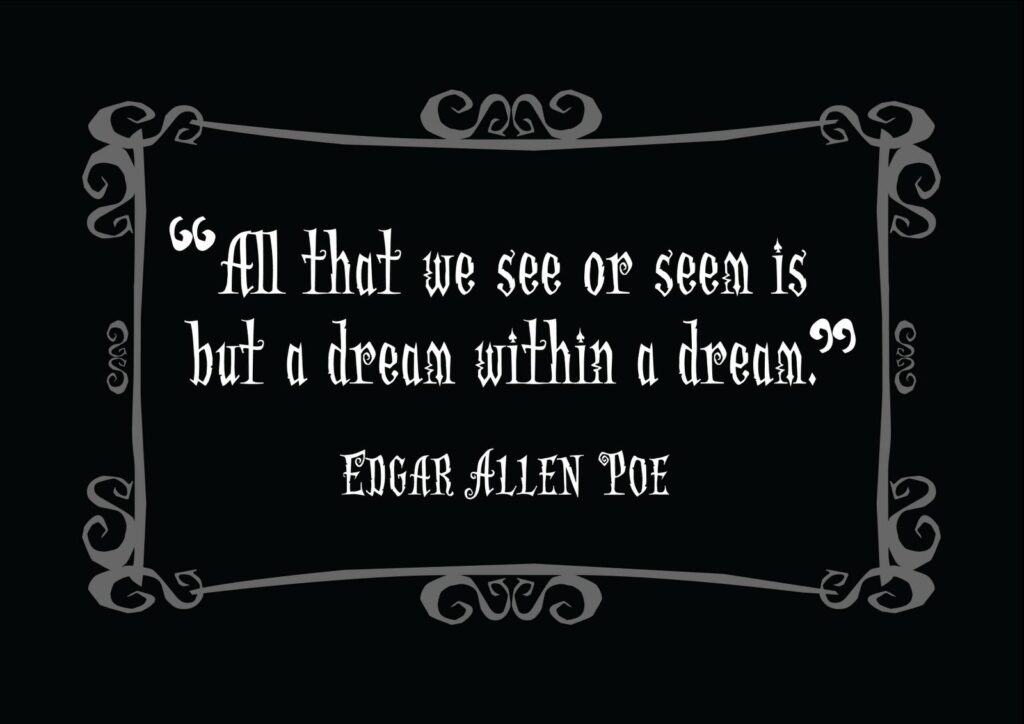 One of the most famous quotes from Poe.

Image via: The Random Vibez

“The Murders in Rue Morgue” quickly rose to fame for Poe and became a popular story that was loved by everyone. Because of its detail throughout the whole story and the captivating plot, this particular short story by Poe has been deemed as the first modern detective story. The main fictional character Mr. Dupin has become a model for other detective fictional characters, such as Sherlock Holmes and Hercule Poirot.

When Poe was 26 years old in the year 1835, he ended up marrying his 13-year-old cousin Virginia Clemm. About 12 years later, she unfortunately past away because of tuberculosis. “Annabel Lee”, “The Raven”, and “Ligeia” became works of art that exemplified the struggles Virginia went through during the illness as well as her death and featured a strong motif where the young female role would die. 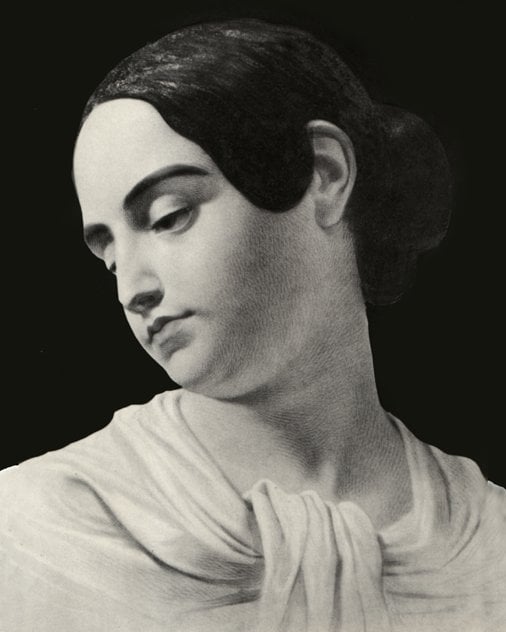 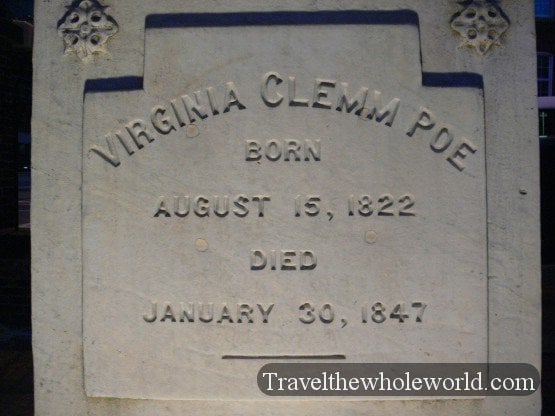 Image via: Travel The Whole World

Featured in “The Bells”, Poe created the word “tintinnabulation”. This word was created and invented to describe the sounds made by ringing bells.

Poe was an absolute cat lover throughout his entire life. He would have his cat sit with him while he was writing and even let the cat sit on his shoulder. Cats were often a strong feature in his short stories. “The Black Cat” is one of the most famous stories he has written that portrayed his strong love for cats.

Even though Poe loved to write and produce literature, he also had a strong love for space and cosmology, making it one of his favorite hobbies throughout his life. His essay “Eureka: A Prose Poem” was written in 1848 and contained a theory that he created that presaged The Big Bang Theory by a whopping 80 years. Poe labeled this work his career masterpiece.

Even though Poe was well known for his short stories and his poems, he also wrote a plethora of humorous tales, hoaxes, and satires. 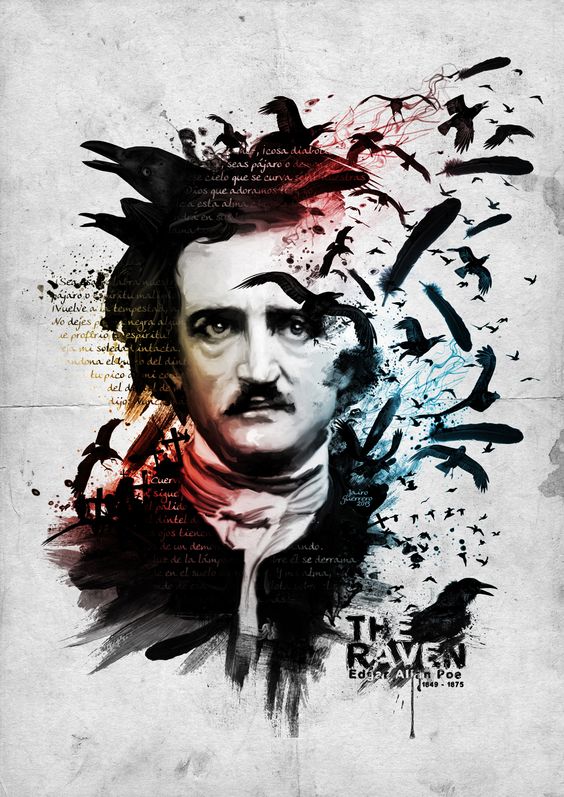 A beautiful portrait of Poe combined with his famous poem, The Raven.

His death is still one of the greatest mysteries of all time and has been labeled as mysterious as him. He was found on the streets of Baltimore on October 3, 1849, and the conditions were so extreme that he died four days later in the hospital. Throughout the years, his medical records and his death certificate have gone missing, raising some sort of suspicion as to what really happened the day that he was found. People have speculated that he either died from heart disease, epilepsy, cholera, suicide, or murder.

What do you think happened to Edgar Allan Poe? Was he killed and his killer was trying to keep it secret? Or did he just die from natural causes? 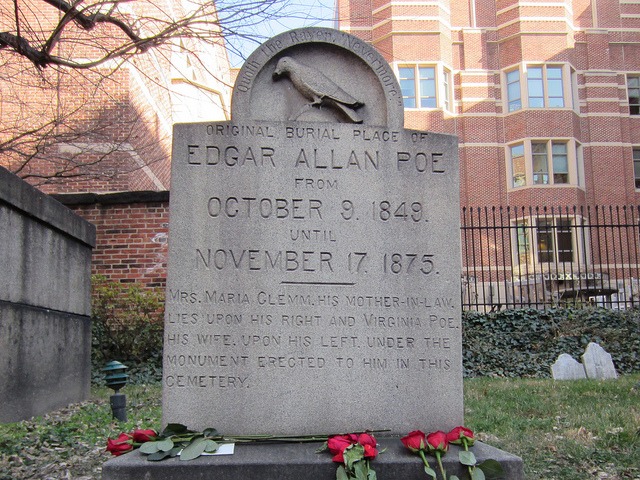 The grave of Edgar Allan Poe.