Freaked DISCOVER THE ART OF PUBLISHING
Home Movies Frankenweenie, Corpse Bride, And The Nightmare Before Christmas Might Be The Same Story 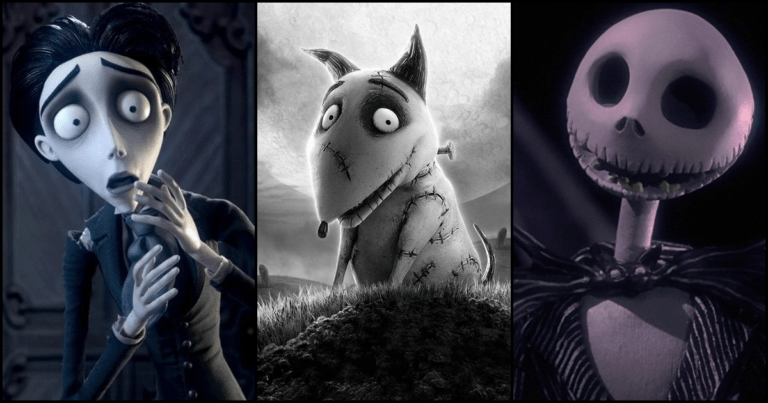 Internet theories focused on specific films have been around for as long as the internet itself. While the majority of these are too wild to ever be confirmed, a few are occasionally given the thumbs up by filmmakers. This one about Frankenweenie, Corpse Bride, and The Nightmare Before Christmas might fall into the second category.

According to the theory, the films all follow the same character through different stages of his life. Naturally, this requires a bit of explaining. In Frankenweenie, we meet Victor and his dog, Sparky. An intelligent child, he finds himself isolated from his peer group because of his peculiar outlook on life.

To combat this, he joins a baseball team after being urged to do so by his father. This unfortunately leads to the death of his dog following a car accident. Feeling responsible for the death, Victor manages to bring Sparky back to life. As the theory suggests, this is where Victor loses his memory, only remembering his name and his dog.

This leads directly into Corpse Bride. In the years between both movies, the theory argues that Victor became rich, although his dog subsequently died. As a result, despite being more social, he’s still lonely. Throughout the movie, he meets and then falls in love with Victoria, his future wife.

It’s also where he gets a new dog, Scraps. The theory goes on to say that Victor and Victoria would go on to lead happy lives, though both are considered “marked” for their actions in Corpse Bride. As it says, Victor would lose his life on Halloween night after a long marriage. While the theory notes that Victoria dies, too, it doesn’t mention how or when.

However, it does claim that they lose the memory of each other, with this subsequently segueing into The Nightmare Before Christmas, explaining how they don’t recognize each other at the start of the film. However, love has a way of bringing people together.

What do you think? Let us know in the comments!