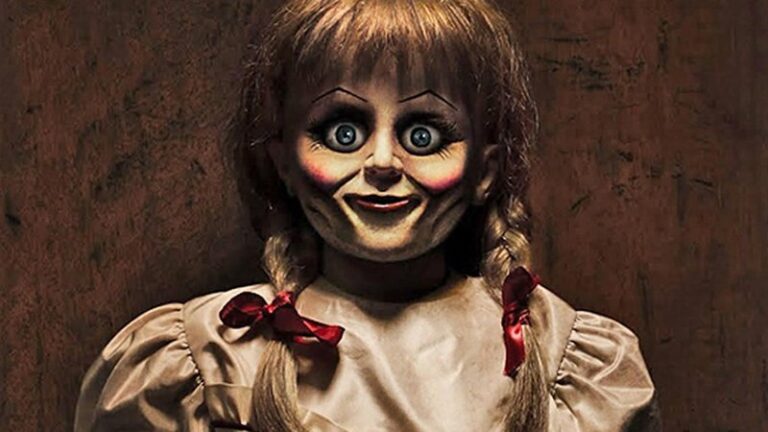 Earlier this month, we got a teaser trailer for ‘Annabelle Comes Home,’ which will hit theaters on June 28, 2019.

Now, we have some new movie art to pass along, which teases a return to the Warren’s occult museum. The third installment in the ‘Annabelle’ franchise is brought to you by Warner Bros. Gary Dauberman directs with Patrick Wilson (Insidious) and Vera Farmiga (Bates Motel) starring as Ed and Lorraine Warren.

The sixth installment in ‘The Conjuring’ franchise also stars Mckenna Grace (Gifted) and Madison Iseman (Jumanji: Welcome To The Jungle). In the film, the Warrens bring Annabelle back to their Artifacts Room, in hopes to contain her evil. However, she only awakens the evil within the room itself, setting her sights on the Warrens’ young daughter, Judy.

Dauberman recently said of the film, “It really picks up with the Warrens bringing Annabelle to the place where it can really no longer wreak havoc, which is their artifact room. But, of course, it turns out she can also wreak havoc there.”

Producer James Wan added, “It’s basically ‘Night at the Museum’ with Annabelle!” Check out the new movie art for the film here: