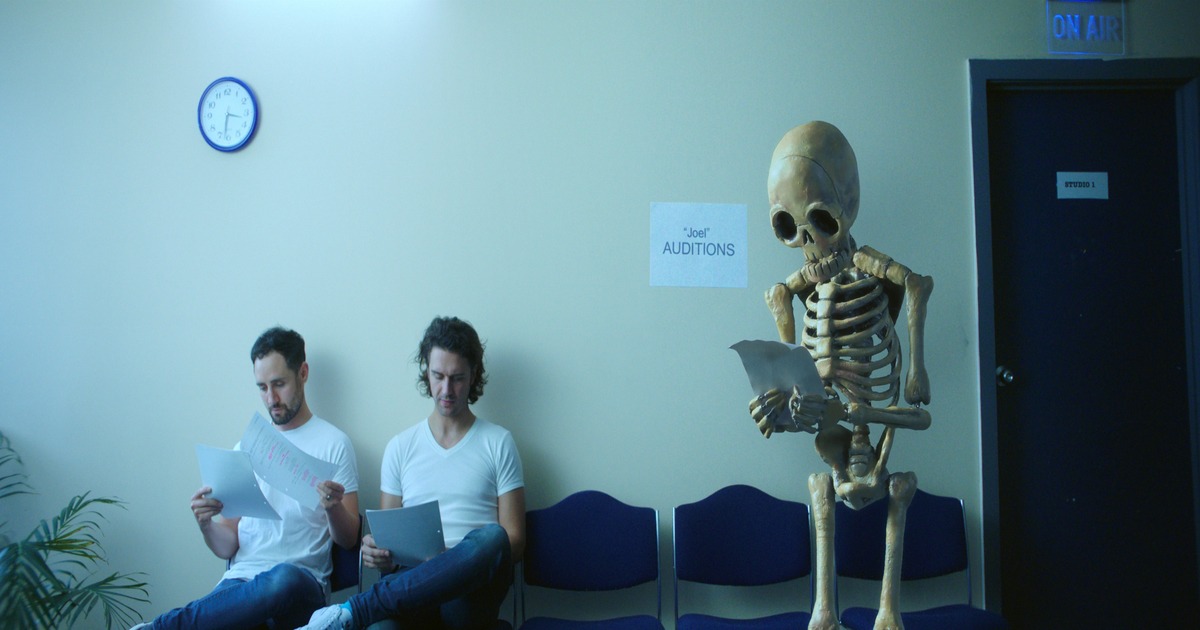 With the lockdown is affecting the film industry across the globe, it seems that the fallout of unemployment across the sector isn’t limited to mere mortals. Rebooted chronicles the life of Phil, a stop motion skeleton who used to be a silver screen star, but thanks to modern technology he is now having trouble finding another role in Hollywood. At one point in the film, we see Phil alongside his cohort of other personified forgotten cinematic effects attempt to take revenge against the studios that snubbed them for more modern techniques.

“It’s not easy for a movie-star to age – especially when you’re a stop motion animated skeleton monster.” reads the description of the charming yet poignant short “Phil, once a terrifying villain of the silver-screen, struggles to find work in modern Hollywood due to being an out-of-date special effect.”.

The title was Written and Directed by Australia native Michael Shanks and produced by LateNite films and was created in an attempt to juxtapose “state of the art motion capture with traditional methods of movie making” to provide an insight into the history of Hollywood SFX. Shanks himself says that the production is “A love letter to old school movie magic”.

Featuring a rag-tag group of silver screen monsters of a bygone era trying to reclaim their glory days Rebooted is definitely one to watch for fans of classic horror.

You can also check out some behind the scenes footage of Rebooted below.