Freaked DISCOVER THE ART OF PUBLISHING
Home Movies 6 Fun Facts About “Halloween 4: The Return of Michael Myers” You May Not Know 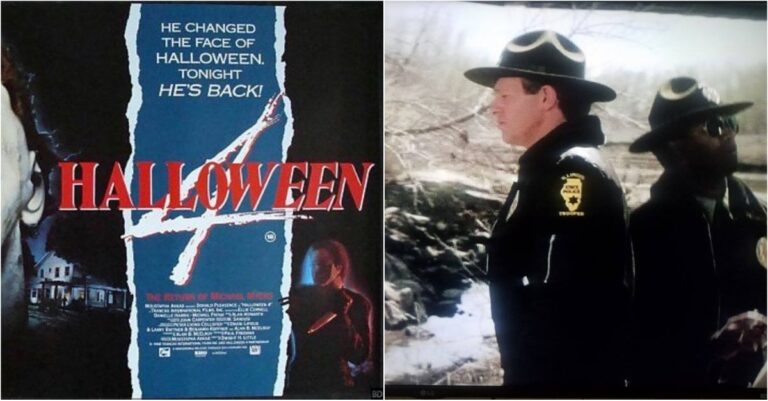 A lot of horror fans regard Halloween 4: The Return of Michael Myers as perhaps the worst film in the Halloween sequel. However, your personal opinions aside, there is a lot more to the Halloween 4 film than what meets the eye. There is plenty of unknown facts that even the most devoted of horror fans are oblivious to. Once you read this list of 10 fun facts about the film that you may not have known, it might change your perception of the film altogether.

The Script Was Written In Less Than 2 Weeks

Screenwriter Alan B. McElroy wrote the script for Halloween 4 in under 11 days right before the 1988 Writers Guild of America strike. It was the longest strike recorded in WGA history and it lasted 155 days. McElroy also plays a cameo in the film at the ambulance crash site as one of the state troopers.

“Sabrina The Teenage Witch” Actress Auditioned For The Role Of Jamie

Melissa Joan Hart from “Sabrina the Teenage Witch” auditioned to play the character Jamie but Danielle Harris ultimately beat her at it. It was Danielle’s first big debut.

Ellie Cornell who plays Rachel Carruthers (Jamie’s foster sister) also had her first acting debut in Halloween 4. She also auditioned for the role of Alice Johnson in A Nightmare on Elm Street 4: The Dream Master but the role eventually went to Lisa Wilcox.

Vincent’s Drugstore Was Used In Stephen King’s “The Stand

The drugstore that served as the go-to-place for the snazziest Halloween costumes in Haddonfield and was Brady’s job after school, was also used in “The Stand” by Stephen King miniseries in 1994. It also made an appearance in “The Sandlot” in the year before. The market is evidently a historic spot for filming iconic horror movies.

There Are Two Scripts For Halloween 4

The first and original script for Halloween 4 was written by Dennis Etchison in collaboration with John Carpenter and Debra Hill. It places the scenario 10 years after the events that occurred in Halloween 2, where Halloween s banned from Haddonfield. The script never saw the light of day because of differences that arose between the studios and Carpenter and Hill.

According to rumor, a lost deleted scene explains the survival and rescue of Loomis from the hospital fire – a scene witnessed at the end of Halloween 2. The shot is also rumored to contain a scene where Loomis attempts intervening when the firemen extinguish Michael. Loomis yells, “Let him burn!” at the firemen.

Well, the more you know! It appears that Hollywood never runs out of mysteries and intriguing facts. What one sees on the big screen is definitely not the full story with many of the facts hidden behind layers and layers of events and experiences.