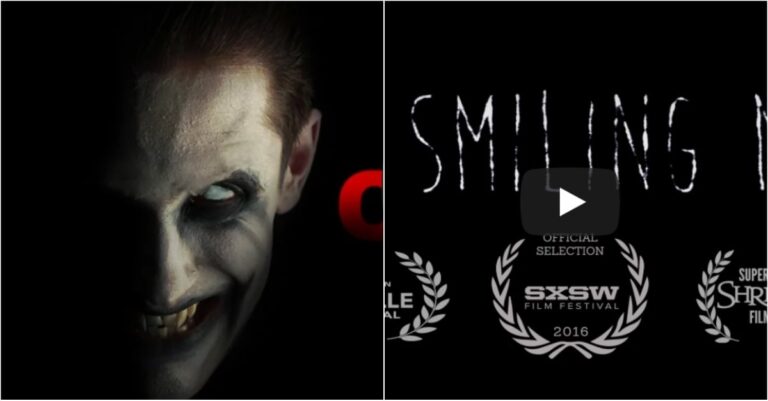 ­­Most people think that horror movies need to be hours long of montage packed with scares and suspense. That actually need not be the case at all. Horror movie shorts are shorter versions of full-length horror movies that are bound to chill you to the very core. Within a few minutes, these shorts will have you screaming and hiding for cover. With the rise in digital technology and demand, these short films have grown in number and demand. Here are a few select shorts to terrorize you tonight:

Cop Cam is an interesting take on the new obsession with POV films. The story is one of a cop and the film is shot from his body cam. With only his gun held in front of him, the cop takes a call regarding an abandoned abode within which creepy inhabitants await his arrival.

The 8-minute short describes the experiences of a real estate agent who is motivated to close the deal on a mysterious estate. However, the agent soon discovers that the house is not really empty. Inspired by Michael Chaves’ idea about the crash of the real estate market in the mid-2000s, the film became widely popular and is not set to become a full length feature film.

The longest horror short on this list, Charlie is almost 17 minutes long. It centers round the largely circulating email chain letters and the consequences that incur when the chain is broken. Dan ignores an email that warns him to forward it to 15 other people. This results in a supernatural apparition called Charlie to haunt him.

A great horror short for the tech age, Alexia is Franco’s ex-girlfriend who commits suicide. However, even after her death Franco can feel her presence through her Facebook page. Franco’ new girlfriend eventually convinces him to remove Alexia from his friend’s list but he is soon to learn that a single click does not erase the past.

The root of this film lies in the breeding ground for internet folklore: Reddit. This 4-minute long film captures the events of a late-night encounter with a villain resembling David Lynch. The smiling, dancing man will leave you wondering if you ever want to walk out alone again.

I Heard It Too

The creepypasta which circulated round the internet in multiple forms involving a young girl rushing to the sound of her mother calling from below and is stopped by her mother who says “Don’t go in the kitchen, I heard it too” made it to a horror short. What the film does differently is that the real mother is quickly established and the remainder of the short is a monster chase in the house.

This horror short inspired director Guillermo del Toro to recreate it into a feature film under the same title in 2013. The film begins with a young girl being woken by her sister who utters: ‘Mom is back’. While making their way in the house, the girls come face to face with the most horrifying supernatural entity ever.

This legendary short was recently made into a full length Hollywood film under the same name. A woman goes to bed one night and discovers something hiding in the shadows. With every time the lights go out, it creeps closer… and closer.

Only two-minutes long, this horror short features a couple in bed. In the middle of the night, the wife wakes up to a phone call. While she fumbles with her phone, her husband continues blissfully asleep by her side. She picks up the phone to hear her husband telling her that he would be staying late tonight. And then the ghoulish figure sleeping beside her emerges in full form.

The Intruders earned honors at multiple award shows including Cannes, Toronto Festival, Screamfest and Toronto After Dark. The film circulates round a local young teenage boy alongside a police officer of the town whose lives fall into jeopardy when a creepy mysterious entity enters their lives.

Horror shorts are not in shortage on the internet. However, this collection of 10 of the creepiest and most terrifying shorts is certainly going to keep you awake for days at a stretch. Don’t forget to turn the lights down low to enjoy these eerie short horror movies.