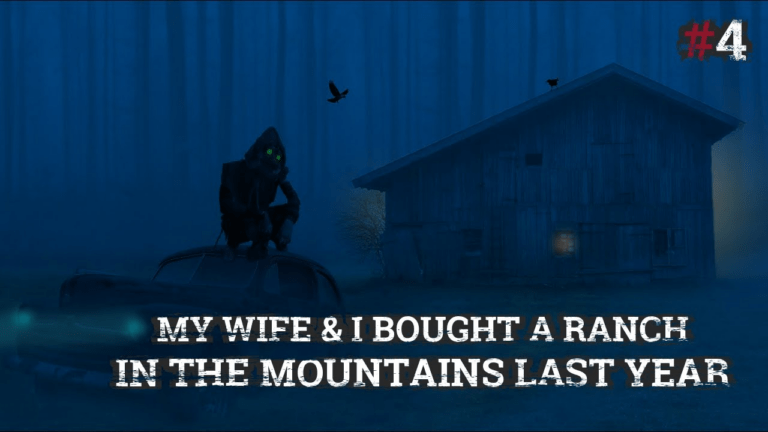 For many writers who begin their career honing craft online, the feeling of a journey without a destination can become overwhelming. Hopes of being discovered on platforms already over-saturated with loads of content each more derivative than the last can bog down the confidence of even the sharpest new writers

It’s a marathon for sure, and volumes of even high-quality writing don’t always yield traditional author prestige. Many of us settle on self-publishing on Amazon and hope that someone out there somewhere might just stumble upon our efforts and reach out with a lifeline to higher success.

For Horror Author Matt Query, that is exactly the flavor of fortune that has befallen him. Sources report that Netflix, along with Producer Scott Glassgold from Ground Control Entertainment is to produce the film adaptation of Query’s Reddit horror hit – My Wife and I Bought a Ranch. Huge names like Shawn Levy, Dan Cohen, and James Wan (Stranger Things, Saw, Insidious) are also reported to be involved.

What’s the story on the story?

Query’s story can be found on the infamous NoSleep r/nosleep sub-reddit. NoSleep itself has a reputation among online horror writers as being a bit difficult to navigate at from a creative stance, as the rules are strict and the quality standards are mostly unforgiving.

Stories submitted to NoSleep must be presented as factual retellings and real events. This limits even the most talented of authors from relying on a staple in horror literature – suspension of disbelief. Instead the sub-reddit demands a practical and realistic approach to fictional narratives.

My point is that it takes a sharpened talent and heightened comprehension of how to apply and execute stylistic prose to even meet the basic requirements to keep your story up on their board. This should come as little surprise considering that even the comment section has to follow the same rules as the authors, and compose their responses as though they are reacting to factual news instead of fictional prose.

The story tells of a family who recently bought a ranch (obviously) but wasn’t told by their realtor that some pretty nasty spirits have manifested around their property over the years and aren’t too shy about introducing themselves as only nasty spirits are known to do.

A new ghoul shows up knocking on the door and puts the ranch’s new owners through all sorts of hell over the course of six installments. In just five months the NoSleep tale has been up-voted into the stratosphere by some of the Internets most picky horror connoisseurs, and clearly at least one of those up-votes came with an invitation to ascend from online fame into Netflix film.