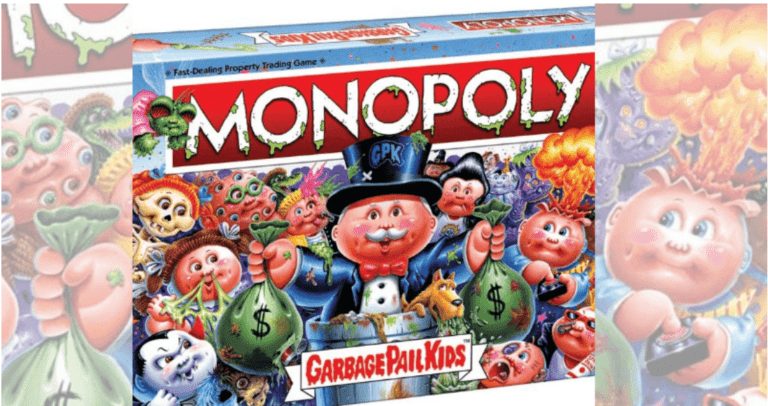 You will now get to relive the classic board game in a whole new way if you purchase the special edition set that is completely Garbage Pail Kids themed.

GBK Monopoly will feature original licensed characters fans have grown to know and love. Collectible tokens include Melting Eyeball, Swirly Dog Poop, and the Zit Goo Tube as players transition through the game in hopes of collecting the iconic Garbage Pail Kids.

In true Garbage Pail Kids fashion, players will travel around the board and collect up to 16 ‘Never had a Chance’ cards and 16 ‘Community Chester’ cards. And in the replacement of houses and hotels, we now have garbage cans and dumpsters.

The Garbage Pail Kids Monopoly looks likely to be the most twisted version of the famous board game, which should be available for around $39.99 upon its release.