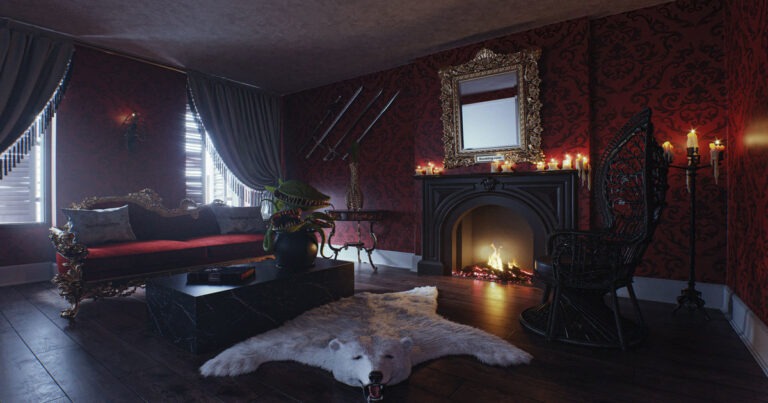 From October 28 to November 1, fans were invited to sleep in specially designed rooms that looked as if a member of The Addams Family had actually lived, or died there.

The pictures below show you exactly what you’re in for if you do decide to spend the night in these fantastically crafted bedrooms dedicated to the strange family.

Whether you’re a fan of Uncle Fester, Morticia, Wednesday, Lurch, Gomez, or anyone else associated with the whacky household, there’s something here for you at these ‘The Addams Family’ themed rooms.

A great experience is awaiting you, but if these rooms haven’t interested you, these ones are sure not to fail.

Or, if it suits you, go and find comfort in The Addams Family electric chair.

The Addams Family television series, which ran from 1964-1966, followed the misadventures of the strange, lovable family.

1991s The Addams Family was based around con artists who plan to fleece the mismatched family by using an accomplice who claims to be their long-lost uncle. This adaptation of the franchise was nominated for one Oscar, one Golden Globe, and one BAFTA, but was unfortunately unable to win any of the awards.

2019s animated The Addams Family was based around a conflict that grows as Wednesday Addams becomes friends with the daughter of a hostile local reality show host.

Although this isn’t completely available at the moment, a listing on Booking.com claimed the property is not taking reservations on their site “right now”, indicating the opportunity will open up again in the future.