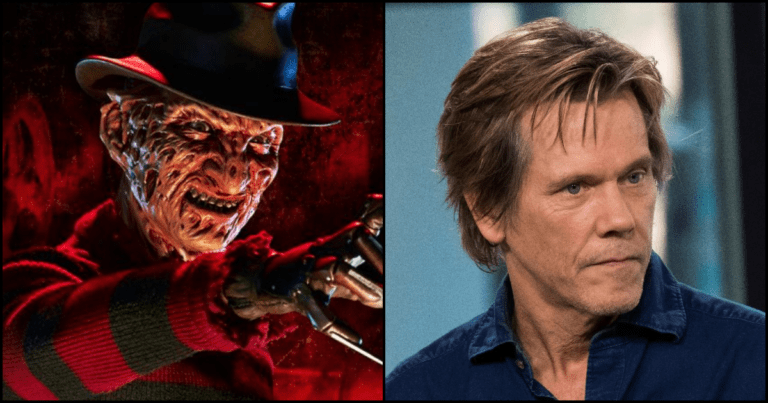 Fans have had to wait quite some time since the last A Nightmare on Elm Street movie – and they’ve had to wait even longer for one that was actually enjoyable – so the question arises, what’s next for the franchise?

It was just earlier this year that Robert Englund – the man behind the infamous child serial killer, Freddy Krueger – had announced his intentions of making a cameo in an upcoming installment for the horror, and the iconic actor also stated his wish for A Nightmare on Elm Street 2 reboot.

Unfortunately, Englund dismissed the opportunity of ever playing Freddy Krueger in a live-action movie again, and in his absence, Kevin Bacon has been called upon by supporters to grab the opportunity and take A Nightmare on Elm Street beyond its recent standstill.

However, Bacon wouldn’t be completely out of his depths if he was to don the Freddy Krueger makeup, as he has previously starred in several horrors throughout his illustrious acting career.

His work in Hollow Man – where he portrays a freakish villain – remains until this day one of his most impressive contributions to film.

The Philadelphia-born actor has also featured in horror movies such as Tremors, Stir of Echoes, and most recently, You Should Have Left.

In a recent interview with Bloody Disgusting, Kevin Bacon was asked whether he’d be interested in portraying Freddy Krueger for a new Nightmare on Elm Street remake, prompting him to say.

“Sure,” He said laughing. “it would take a lot of makeup…”

While brief, it does look as if he’d be open to carrying the franchise forward if called upon, which will without a doubt be great news to many fans who are eager to see him play the Springwood Slasher.

Are you one of the people interested in seeing Kevin Bacon take up the role of Freddy Krueger? Let us know what you think in the comments below.