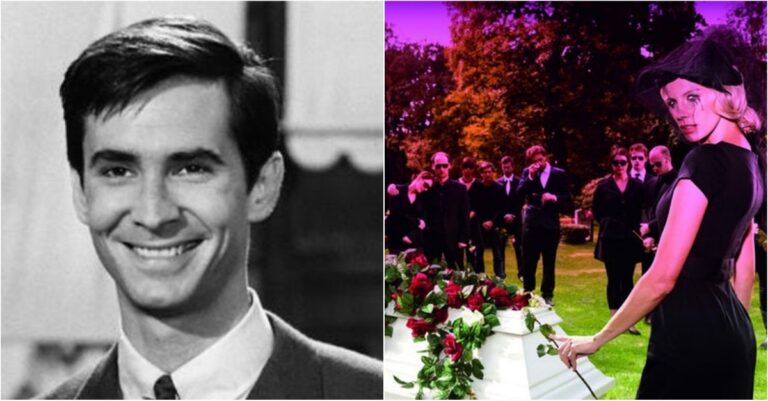 Some people simply cannot let go of their loved ones. This list of stories details experiences and real life accounts of people found living side by side the dead bodies of their friends and relatives. Some of these stories involve love stricken spouses but it does not end there. From lunatics and lonely people to depraved murderers, this list will surely surprise you with what it has in store.

Carl Tanzer, a radiologist also known as Georg Karl Tänzler and Count Carl Von Cosel, fell in love with Elena de Hoyos, a tuberculosis patient, in April 1930. He believed that he was dreaming of her for years now and gifted her with many things. By means of man unorthodox methods he attempted to save her life but she eventually died at the age of 22 in October 1931. Tanzler then built and designed a crypt for her which allowed him to sit by her coffin and talk to her every night. According to him, she talked back and pleaded for him to exhume her body.

He eventually did. Then he strung her body parts together by using piano wire and gave her glass eyes. Next, he made a wig for her out of her own hair and covered her in wax. fitted her with glass eyes, made her a wig of human hair (her own), and covered her skin with wax. For the next seven years, he slept by her side every night and even played music to her.

When Tanzler was arrested eventually, doctors examined Elena’s body. They discovered that he had fitted her with a tube wide enough to allow him to have s** with her corpse. Sperm was also found inside the tubing.

Charles Zigler died in December 2010 at the age of 67. However, instead of burying him, Linda Chase, his 72-year old girlfriend kept his corpse in the living room chair for days. It was propped up on a chair and faced towards the television. The police discovered his body 18-months later. Zigler admitted that she was banking on her boyfriend’s social security checks. She added, “I’m probably going to prison.”

Jean Steven’s husband James died around the year 2000 and Jean invited her twin sister June to come live with her. 9 years later in 2009, June passed away too and Jean, now 91, found herself very lonely. She got the help of someone to exhume both her husband and sister’s graves and brought home their bodies. She would talk and communicate with them.

James was placed on a couch in the detached garage while June was propped up in a spare room in the house. She would dress them up regularly and douse them in perfume to reduce the stench of decay. When asked about her behavior, she said, “I think when you put them in the (ground), that’s goodbye, goodbye. In this way, I could touch [them] and look at [them] and talk to [them].”

In September 2016, a Brooklyn woman named Rota Wolfensohn (who happened to be legally blind) was found living with her son’s corpse. An unnamed law enforcement official said, “It’s like some reverse Psycho scene,” when speaking to Fox News.

Wolfensohn’s sister in law, Josette Buchman, discovered the remains in the form a “completely intact” human skeleton fully clad in a shirt, jeans and socks; lying on a mattress in a bedroom on the second floor. The state of decay showed that the man passed away almost 20 years ago.

39-year old Melinda Raya was found in July 2011 by the police, dead in her bedroom, coveredMan Hides Murdered Girlfriend’s Body on Bedroom Floor in sheets are surrounded by taxi cab air fresheners. She was found two months after Erik Grumpelt, 35, killed her by a series of punches to the stomach. He defended his move by saying she cheated on him.

Le Van’s wife died in 2003 and was buried. But after she died, he began sleeping on top of her grave every night. He survived the bad weather by digging a tunnel down to her casket and in November 2004 he dug up her body and took it home. Van molded his wife’s corpse with clay and plaster, dressed her up and even applied lipstick for her in an effort to keep her nice and fresh. In 2009, he claimed that she slept in the same bed with him. The eldest of his three children even used to hug her every night before sleeping.

In 2006, Howard Lewis’, 68, wife Elizabeth, 79, died and he kept her death a secret from everyone. He continued working at his shop in South Wales and told everyone who asked that she was “fine.” Police finally called after 5 months and found Elizabeth’s corpse unmoved from where she had died in bed, surrounded by air fresheners.

In 2011 on a Sunday night, Parthasarathy had an argument with his wife, Saraswathi, 28, which turned violent. He then left the house and came back after a while to find her hanging from the ceiling fan from a noose made out of her sari. Instead of calling for help, he cut her down himself and she died soon after. He kept his wife’s body locked in the bedroom for the next four days and slept in the hallway. He told both his kids, aged 8 and 5, that their mom was sick. The police were eventually called by the neighbors who reported foul smell.

Belgian Widow Spends A Year Sleeping Next to Dead Husband

In November 2013, a Belgian widow, 69, was found living with the corpse of her husband for a year. She was far too traumatized to report his death and slept beside his corpse through all stages of decomposition. A forensic pathologist who checked up on the body said, “The body had rotted in the bed and his internal organs had melted and liquefied.” Her husband, Marcel, 79, is suspected to have died of an asthma attack.

In Paris in 1890, a teenage boy slept with the corpse of his dead mother. He also disemboweled her entirely with his bare hands and raped her.

Lucio Chacue, 61, made a peculiar request on his deathbed. He asked that his wife keep his body hidden in the house as he “would be coming back to life.” A month later when he didn’t surface, questions began to pour in. His wife refused knowledge of where he had gone. But, in truth, she had wrapped his body is a sheet and kept him in her bedroom. She later asked for the permission to bury the embalmed body in her patio.

Phoenix police got a call in 2010, from a 56-year-old man who claimed to have shot his wife. Upon arriving at the house, they found the his 66-year-old wife’s body. She had been shot the Friday before using a handgun. Then they found the man in question. He had shot himself in the face but was still alive.

Elaine Bernstorff passed away in late 1970s. Her body was kept around in the house by her siblings Anita, Frank, and Margaret. The Bernstorff’s were known for leading an extremely private life which everyone assumed was because they were embarrassed of their cluttered house. No one could even imagine that the real reason was because they were hiding their sister’s dead body for over three decades.

Frank died at the age of 83 in 2003 and he joined Elaine too, just in another room. Anita passed away at the age of 98 in May 2008 and she shared the same fate. Margaret, the only living sibling, told neighbors that her siblings were either asleep or moved away to live with relatives.

In 2010, Sogen Kato, a Tokyo resident, turned 111-years old, making him the oldest man in town. However, when local officials showed up at his place to honor him, they were turned away by family members. This led to an investigation which revealed Kato’s mummified skeletal remains dressed up in pajamas lying in bed. He is estimated to have stayed there for 30 years.

Kato’s daughter and granddaughter claimed they had no idea of the occurrence. They said that Kato had retreated to his bedroom over 30 years ago to become a “living Buddha.” That would all make sense but once Kato’s wife died in 2004, he began receiving widower’s pension payments. These totaled over $100,000. Three-quarters of the amount was already withdrawn by the time the body was found.

A 70-year-old Pasadena woman had police arrive at her place after a concerned neighbor called them. The police found the badly decomposed body of her husband sitting upright on the couch. The level of deterioration was far too bad that the time of death was indeterminable.

The degree of unnatural behavior in this list is beyond shocking. Even elephants bury their dead. Most of these cases were either cause of dementia or mental illnesses. The rest of them were straight up savage and cruel psychopaths. From boyfriends, girlfriends and spouses to brothers, fathers and sister, there is a relative of every kind on this list.