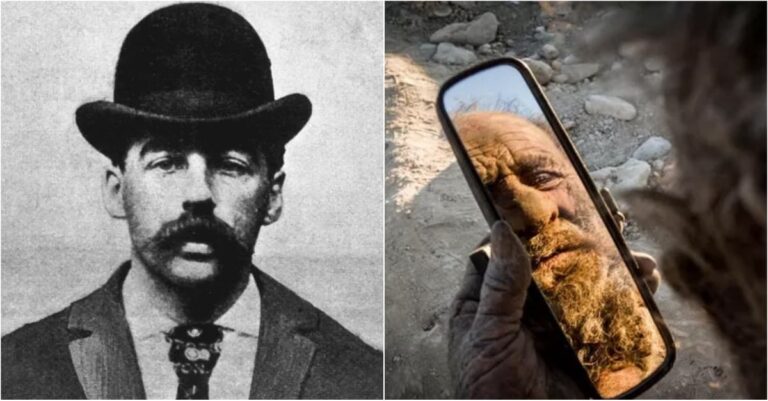 In case you were having a great day, this list is here to ruin it. A collection of some of the scariest things to exist in real life, this list will have you wondering why you weren’t thankful for your nightmares – at least they were just dreams. But, the fact remains that we live in a terrifying world where horrors dwell beside the living man. The majority of these stories have occurred in the past but that does not make them even a tad lesser horrifying than they actually are.

Read on to feed your worst fears and nightmares. 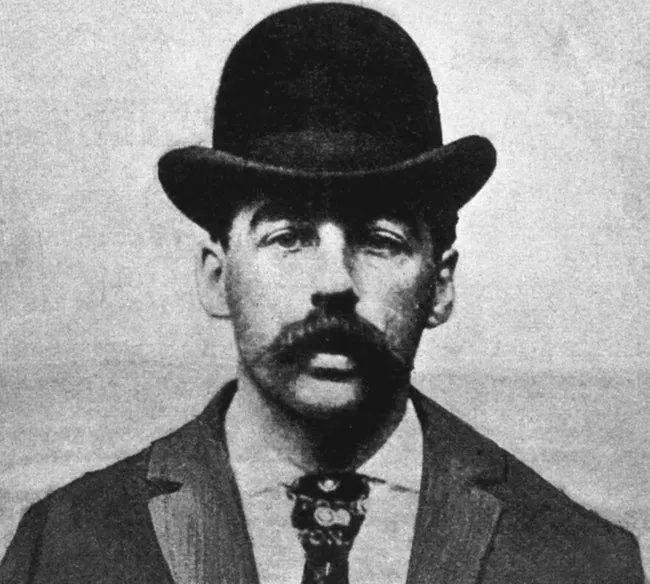 Known as the first serial killer of America, H.H. Holmes used to be a medical student who then turned into a business owner. In 1890, he opened up a hotel in Chicago and used it as his own murder house. While constructing it, every week he hired new workers so as no one knew the full layout of the place other than him. In what looks like something straight out of a SAW movie, he H.H. Holmes used the place to kill anywhere between 27-200 people. The basement even had an acid vat.

Sitting at the base of Mount Fuji, Japan, the Aokigahara Forest is a gorgeous forest that is also the location for the most suicides in the world. At least 100 bodies are found in the woods every year, most often hanging from the trees. The Japanese government put up signs to stop people from commiting suicide in an effort to quell the numbers.

In “Poltergeist” one unforgettable scene involves the mother falling into a pool full of dead bodies. Most of those were not props but real corpses. Once production finished, they were buried in the same pit. Apparently real human skeletons cost the production team lesser than fake ones.

“Silent Hill” Is Based on a Real Place

Centralia, PA, suffered from a massive garage fire over fifty years ago which lit up an exposed coal seam and turning everything underground into hell. 1,400 residents of the town were forced to evacuate, homes were destructed, and roads were wrecked. It has been over 50 years that the fire is burning. As of 2010, there are only 10 residents left.

Someone in the Walls

Recently, a young teenager took to the internet to post photos of a real life horror story he and his brother stumbled upon. A bookcase in the house which was believed to be built into the wall was found to swing wide open. The secret door hid a steel spiral staircase which led straight to an alcove in the walls. They found Halloween candy, a blanket and toys that had mysteriously disappeared from the house in one of the crawl spaces.

See the whole story for yourself here.

Native to Africa, Thailand and Brazil, ophiocordyceps unilateralis is a fungus that falls from trees and burrows its way through ants’ brains. It causes the ant to lose control of its body. This results in the ant climbing a tree, clamping onto a leaf with its pincers and dying. The fungus then continues to grow.

96% of Oceans Remain Unknown to Date

It is common knowledge that the dwellers of the deep are nothing less than awfully terrifying. However, it all becomes scarier once you find out that everything we have discovered from the oceans of the world is only 5% of the real deal. What other horrors exist that we know nothing of?

Las Isla De La Munecas is an island of dolls, believed to be plagued by the souls of dead children. It is located in the canals south of Mexico City. Each and every one of the dolls are terrifying.

An 80-year old Iranian man called Amou Haji has not taken a bath in over sixty years. Caked in grit and dirt, he smokes animal dung from a plumbing pipe. He sleeps in a coffin-like bed and resides on the outskirts of a village in a shack of concrete.

Drifting on the ocean towards the shores of Scotland is an abandoned Soviet cruise liner that is home to an army of cannibal rats who feed off of each other. The ghost ship came into being after the Canadians cut it lose (they had repossessed it from the private owners). They did not want to deal with the plague.

The reality of our existence really strikes us when natural disasters occur. In February 2013, when the Chelyabinsk meteor hit Russia, was one such occasion. Another meteor named Apophis which has a diameter of over 1,000 feet is expected to pass Earth in 2036 – it will cause apocalyptic levels of damage.

Florida is weird. All of it. You can get a glimpse of what it is like by Googling “Florida Crimes.”

Saverio Bellante killed Tom O’Gorman, his landlord, over a game of chess that both men were playing for over a year. Once the police arrived on the scene, they found O’Gorman’s chest cut open with one lung missing. Bellante confessed to the crime and admitted that he intended on eating O’Gorman’s heart.

Krokodil is one killer drug that is created by combining kerosene, dangerous chemicals and red phosphorus. It is injected exactly like heroin as has the same effects as well – with the side effect of eating away at your flesh. Basically, its consumers resemble zombies.

Armin Meiwes is a German computer repair technician who took to the internet in the early 2000s and posted an ad in search of “a well-built 18- to 30-year-old to be slaughtered and then consumed.” Another engineer from Berlin called Bernd Jürgen Armando Brandes responded to the ad. Bernd had a part of his body cut off and both men fed off of it. Armin then stabbed Bernd to death and consumed him over a period of ten months. Armin also caught the whole ordeal on tape. Currently he is in jail.

The majority of the stories from this list look like they came out of a bad fairytale. Bu, they are very much real and true. Maybe this could be a great wake-up call for people who believe everything is sunshine and rainbows.