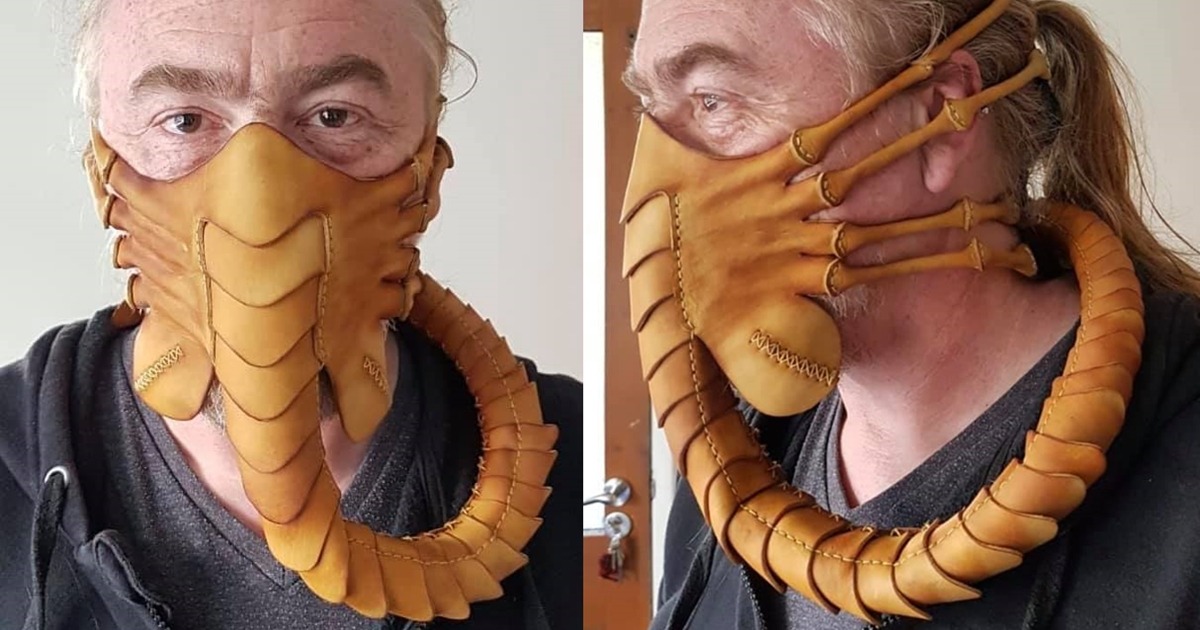 Personal protective equipment has become increasingly vital over the past few months. Similar to many other necessities, however, some people have gotten tired of how the equipment looked. Despite being medically-focused, many people wanted to make cosmetic changes to it. This was especially true with masks, which have now gotten an Alien-inspired design.

The Facehugger mask is made by Pirates Leatherworks and is made almost completely out of leather. Adding to the quality is the fact that all of the masks are handmade. Though there have been versions of this released in the past few months, this one is a little more unique. The main reason for this is that other film-inspired masks have typically had a design printed on.

The Pirates Leatherworks Facehugger mask, however, is designed to look exactly like the titular aliens. This includes a tail that can wrap around a wearer’s neck. Since it’s made out of a leather exterior, it should also be much more durable than other Alien-inspired masks.

How a Facehugger latches onto one of its victims works well with the design of the mask. Because of this feature, the alien’s claws are what keep the mask in place. As a result, the resemblance to most Facehugger scenes is quite uncanny, minus all of the blood and gore. Naturally, nobody’s chest should explode a short while after wearing the mask.

People have been flocking to find well-design PPE over the past few months. While a significant amount of this has been because of the health benefits, others have wanted to wear masks with some doing personality tests.

This has led to masks being inspired by numerous television shows and movies, as well as some comic books. For fans of the horror genre, the Alien-themed Facehugger masks may be one of the more attractive options. You can check out the Pirates Leatherworks Instagram account for more details.