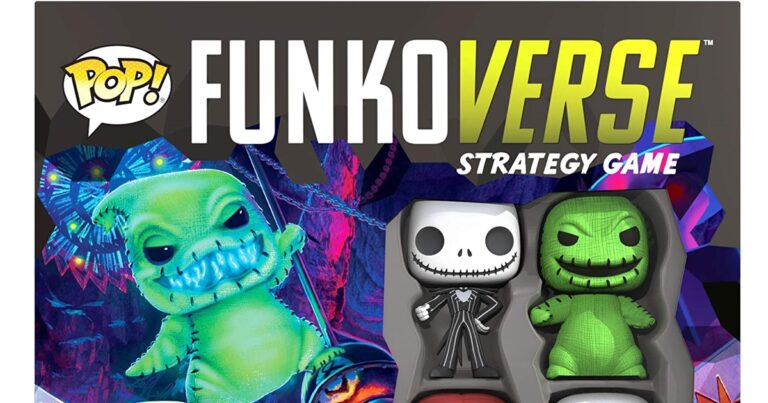 Funkoverse Games has seen a few additions to the franchise over the past few years. Each of these can be played separately or added together, giving players a wealth of playing options. While the range is already slightly large, it’s gotten even bigger with a new addition focusing on The Nightmare Before Christmas.

Directed by Tim Burton, the film became a cult classic upon release. In the decades since then, it’s gained more and more popularity and become a go-to movie for the holiday season. As a result of this, there’s been a significant amount of memorabilia and other products released focusing on the film and its characters.

While the Funkoverse Games strategy game is the latest in a long line of releases, it’s certainly one of the more attractive. There are quite a few things included with the board game. Alongside two maps, players will be able to choose to play as one of four figures, the designs of which are exclusive to Funkoverse Games.

As currently announced, these characters are Jack Skellington, Dr. Finkelstein, Sally, and Oogie Boogie. However, it’s also been noted that these could be subject to change. The figures all stand at approximately three inches tall. Alongside the map and characters are dice, cards, and anything else needed to play the game.

There are also several companion cards with the board game, each of which adds a small twist to gameplay. The Nightmare Before Christmas strategy game is available for pre-order for $39.99 and is set to begin shipping in October. According to Funkoverse Games, each game should last for about 45 minutes.

While the game is for between two and four players, it can be combined with other strategy games developed by the company. By doing so, players will be able to form teams and take on their opponents.

Click here or on the games image for more information.