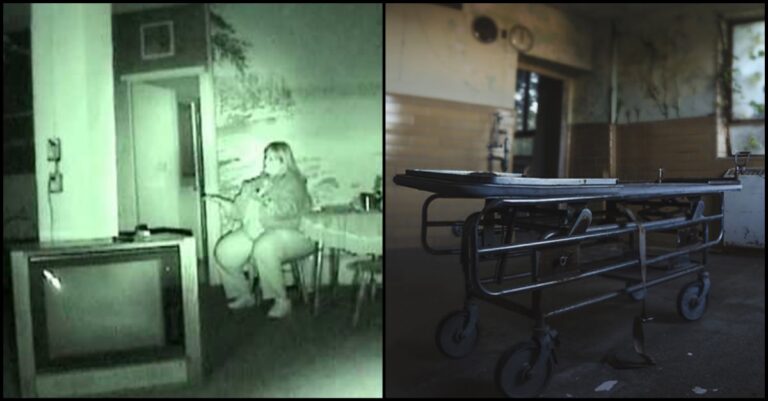 When it comes to creepy, Texas will check all the boxes on the checklist. Known for its terrifying and haunted spots, there are countless locations that emit the strangest of chilling vibes. Some of the most haunted places in Texas have made appearances on this list for their gruesome history. The tales that surround these places will chill you to the bones.

Whether you are looking for a good scare or wish to set out to find ghosts, the next time you visit Texas make sure to drop by these strange and paranormal places. If you are lucky, you will stumble across the spots with guided tours. If you are not, then you will find yourself all by yourself in the most haunted places in Texas. Are you ready for a ride?

This desolate rural 50-acre patch of land lies between Houston and Galveston. Since the 1970s, around 30 people have been murdered or simply gone missing in those specific field. The definition of modern day creepy, horrifyingly enough this area is known for being the perfect spot to commit murder. The worst part is that you will be able to get away with it, just like that. The eerie air on this expanse grants it entry onto the list of most haunted places in Texas.

Opened up in 1916, the El Paso high school is a stunning building that goes by the name “Lady On The Hill”. A reputed institute, the countless accolades that deck the halls did not stop the spirits from settling in. The school has witnessed strange sightings throughout its history. The basement houses two classrooms that were sealed off in eminent haste that personal belongings were never removed. As far as this tale is concerned, no one really knows what caused the panic and fleeing.

The military history connected to the USS Lexington can be experienced in person at Corpus Christi. If that name isn’t terrifying enough then the Blue Ghost (as it was named back in the day) certainly will. What serves as a museum these days fell into ruins after a Japanese aircraft crashed into it. Most of the causalities that took place were the men in the engine room. If you delve deep inside the ship, you will hear the horrifying screams of the dying souls. Apparitions are not an uncommon phenomenon either.

Otherwise known as the Texas Chainsaw Massacre Gas Station, fans of the horror film would be delighted to hear that it is now open for staying the night. The property has been renovated by a businessman. Promising a “fun and interactive” experience, the place offers live music, too. Will humans also be on that list?

Whoever thought it was a great idea to build an inn on the hallowed grounds of a battle? The Victoria’s Black Swan inn was built upon the grounds where the Battle of Salado Creek took place. It is fabled that the dead warriors can be heard screaming into the night. If you think this alone renders the inn as one of the most haunted places in Texas, think again. Prior to the battle, these very grounds were an ancient Indian burial site.

This creek is known for being one of the most haunted places in Texas and the most famous creek altogether. It earned its title after the incident of a woman who drowned her newborn infant in the creek. The reason behind this act is unknown. It is believed that her husband may have cheated on her or perhaps he never really wanted a child. While crossing past, you can hear the wailing of a child and a mother by the lonesome banks.

The Yorktown Memorial Hospital was shut down in 1988. It was in service for 40 years during which more than 2000 deaths took place within its walls. Prior to shutting down it was transformed into a rehabilitation center for drug addicts. The center remained open until the corpse of a man, who overdosed on heroin, was dumped on the doorstep. After that, the place was closed down and many people sight spirits patrolling the place.

Once an asylum for the old and the insane, it fell out of order in the 1950s, almost 25 years after its construction. Needless to say, its inhabitants were washed out of existence. The place lay abandoned for over half a century before a hardy gentleman purchased the property. It was then transformed into a residential unit. Ghosts and spirits are creepy enough but how is it like when they are insane, too? How much guts would it take to reside in what is easily one of the most haunted places in Texas?

The Presidio La Bahia garrison is the ground upon which the Goliad massacre took place in 1836. That day witnessed the death and killing or 342 men. Today, the garrison has been turned into a tourist attraction spot for the brave of heart. Guests who have visited reported hearing sounds of bells and cannons going off into the old chapel. Those are always accompanied by agonizing screams of the dead spirits

A tale that has floated around for close to a decade now is that of the Ghost of White Rock Lake. Along the highway that passes by the lake, a woman hitchhiker is often spotted. She wears a dress that is outdated and she asks for a ride with passersby. She always requests to be dropped at one of two places: a cemetery or the home of a couple whose daughter passed away years ago. Creeped out yet?

If you ever intend to visit, it is important to pay homage to some of the most haunted places in Texas. Nothing can keep you up at night like the Ghost of White Rock Lake or the chilling screams ringing in the White Sanitarium’s halls. Just about every city has a tale of its own to tell. Make sure you listen closely for you might just miss the spooky whispers that drift past.