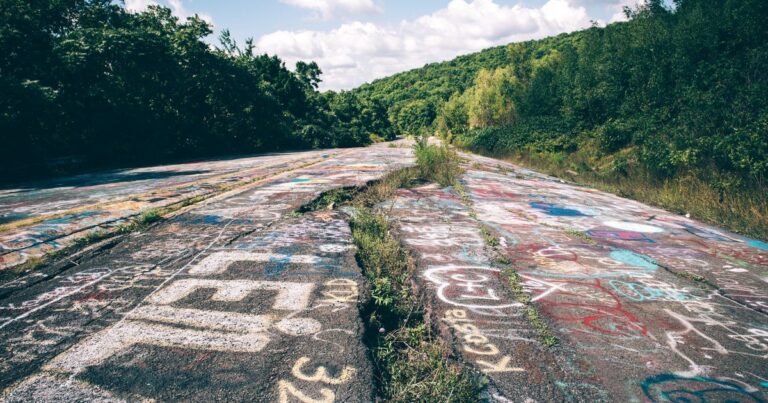 Centralia, Pennsylvania was once a thriving town with a blossoming coal industry where mining began as early as 1856. That was of course until 1962 when the coal mine was set ablaze, defying all attempts to put it out. The town went through such a rapid regression that it went on to become the inspiration for the hit movie renditions of Silent Hill. With such a sordid past the area definitely holds a few secrets, some of which you can find below.

1. The Centralia Fire Is Still Burning

The fire which caused the downfall of Centralia has been burning since at least May 27th, 1962, exactly 58 years to this day! The longevity of the blaze is due to the 8 mile stretch of coal deposits which when examined “thirty feet below the ground, the temperature has been clocked at close to 1,000 degrees“. Some reports say that the town could be on fire for at least another 250 years.

2. The Town May Also Be Haunted

If the literal hellscape brewing beneath Centralia wasn’t enough there are also reports of ghostly goings-on throughout the town’s history. Ruth Edderson, who visited in 1998 with her friend claims she saw the figure of a miner walking in the smoke before it disappeared. Scott Sailor also visited the town with friends who all apparently heard voices coming from the smoking hillside that apparently told them to “leave this place”. There are also stories of people hearing and seeing unexplainable occurrences whilst exploring the town’s abandoned homes.

3. Some People Still Live There

From its peak in 1940 where is was home to just under 2500 people, according to the last census in 2017 only 5 people still reside in the smoking wreckage that is modern-day Centralia. The town still holds services at its Ukrainian Catholic church which attracts worshippers from the surrounding towns.

4. Centralia Is Literally Collapsing In On Itself

If you look at the typical Centralia landscape there is almost always smoke spewing out of the ground. These toxic fumes killed off most of the vegetation and nothing can grow due to the amount of carbon monoxide circulating from below. On top of this, the burning of the coal veins has caused rapidly forming sinkholes and rampant destruction. You can’t stay in many parts of the town for too long where asphyxiation due to the air quality is a very real threat. In 1981 the mayor of the town himself succumbed to the toxic fumes and collapsed.

5. There Are Theories That Say The Fire May Have Been Started On Purpose

Some residents and online theorists have stated their belief that it was in fact the government who started the fire which ultimately destroyed the town. The theory is based around the way in which certain private businesses alongside the government needed the ever-growing population of Centralia out of the way to get to the lucrative coal deposits below.

Later on, the businesses that were interested in the town’s resources offered to dig out the fire in return for the rights to mine.

Other sources state that the initial attempts to put out the fire were intentionally lackluster in an ongoing plan to vacate the town.

Check out this video for more facts