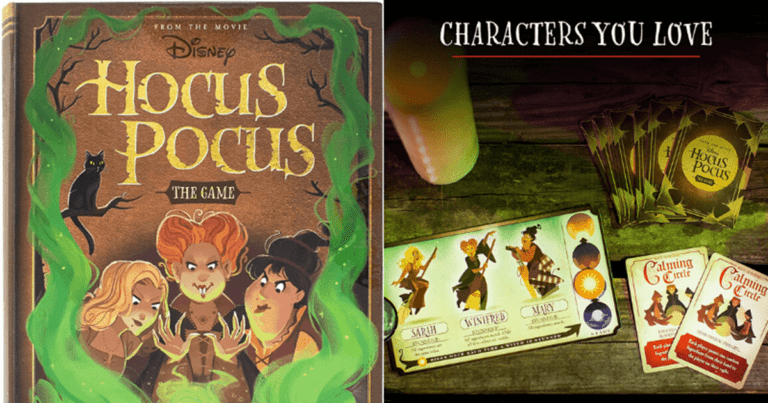 Hocus Pocus has been getting a significant amount of attention in recent months. While the cult classic was favorably received when it debuted, it went relatively unnoticed in the decades after that. In recent weeks, however, it’s been announced that it will be getting FunkoPops and some other merchandise.

Alongside this, there’s a new board game featuring the characters from the film. Set for release later this month, the board game is already able for pre-order. In the game, players will take to band together to take on the Sanderson sisters and prevent them from making a potion that threatens the children of Salem.

According to a description, there may also be a turn/time limit, as players are forced to beat the witches before sunrise. However, this isn’t made explicitly clear, though the box does state that the game should take about 30 minutes. The Hocus Pocus board game is also meant for children aged 8 and over, alongside being perfect for between two and six people.

Potential buyers can find the game on Amazon, where it’s available for $19.99. Included in the box are a Witch board, 50 Ingredient cards, 13 spell cards, a Sun token, 4 trick tokens, one black cat Binx meeple, and a rulebook.

The board game is the latest Hocus Pocus-related news in recent weeks. Last month, Funko announced that it will be releasing Pops based on the characters. While these were announced in May, it was noted that they wouldn’t start shipping in September, which should leave enough time for them to arrive by Halloween.

Each of the witches are available either separately on part of a set and is priced at $10.99 per figure, although there isn’t a clear price for the set. The board game, which will be available from July 26 onward, is priced at $19.99.