Freaked DISCOVER THE ART OF PUBLISHING
Home Horror News Honest Trailers: Why Every Horror Fan Should Be Watching 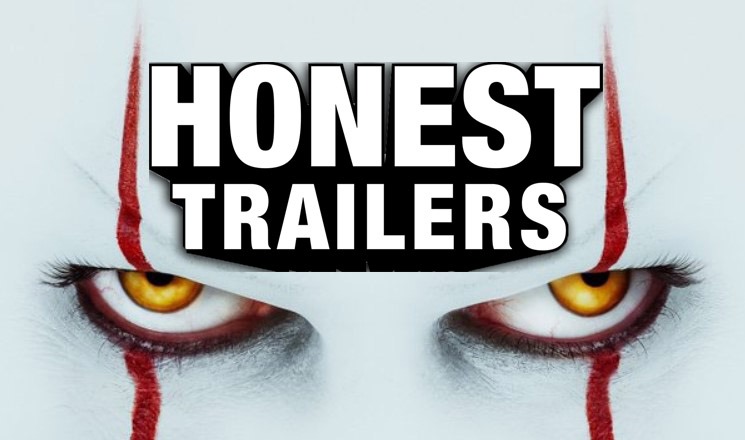 A major part of being a horror fan is knowing where and when not to take things seriously. As fans of a genre so open to parody, those with a thin skin about their favourite form of entertainment are likely to be in for a bumpy ride.

On the other hand, those willing to accept the rough with the smooth and laugh at those aspects of horror that definitely deserve it will be richly rewarded. Step forward ‘Honest Trailers’.

For those who have never seen it, or haven’t check in for a while, this Youtube channel does exactly what it says on the tin, presenting trailers for well known movies, complete with gruff ‘movie trailer voiceover guy’ and pokes fun at each film’s plot holes, inconsistencies or flaws, usually to hilarious effect.

The keenly observed commentaries are paradoxically intended for those who have already seen the movies in question and offer bitingly cynical critiques, praising the praiseworthy and verbally eviscerating those flicks deserving of such treatment. And there’s a lot of horror.

Their latest horror related offering is a trailer for IT:Chapter 2, but there is an entire playlist worth of horror reviews to be found on Youtube, covering everything from Halloween, The Shining and The Blair Witch Project to Paranormal Activity, Bird Box and Saw. There’s even a trailer for the notoriously terrible s***-show that was ‘Leprechaun’.

So, if your happy to admit that horror has a lot to laugh at and aren’t afraid of a bit of well aimed mocking, check them out. You wont regret it.

If on the other hand you get offended by anyone daring to criticise your horror favourites perhaps you should go for a nice lie down, have a word with yourself and come back when you’ve grown up.