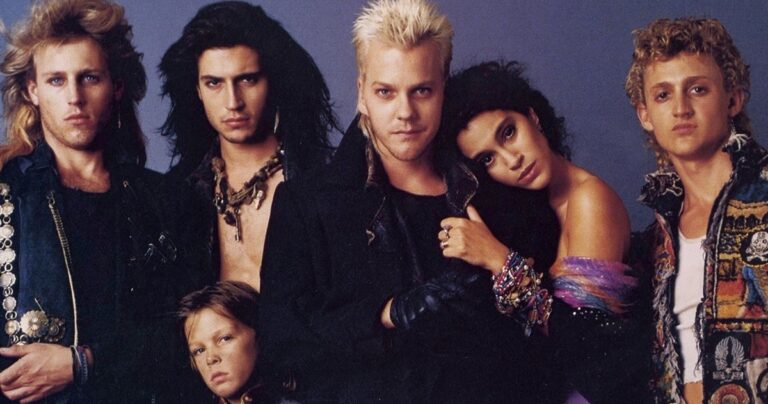 Initially announced in 2017, the production of a musical spin-off of The Lost Boys has been relatively stagnant. Though years have passed with little news of the production, it appears as though the musical is edging closer to being ready. According to G Tom Mac, who wrote the original film’s theme song, Malcolm McDowell aims to join the cast in one of the lead roles.

Though there hasn’t been official confirmation from the studio behind the musical, titled A Lost Boys Story, McDowell looks set to play Max, the head vampire. G Tom Mac also notes that JD McCrary, best known for his work on the recent Lion King, is portrayed, lead character Laddie.

Announced as a prequel to the original film, A Lost Boys Story will focus on how the titular gang of vampires came together. In an interview with Syfy Wire, G Tom Mac suggested that work on the musical is “nearly done,” with there being relatively little left to work on before rehearsals begin.

With Malcolm McDowell in talks to play Max, it appears as though this will be one of the final large announcements for the musical. Based on what G Tom Mac has said, it looks as though the majority of pre-production has already been completed. Should McDowell take on the role, there would be few other characters to cast, if they’ve not already been filled.

The plot of The Lost Boys’ story will follow the four titular lost boys as they come together from a range of backgrounds. As they become vampires, they grapple with realizing they’re now immortal and what the consequences of that might be.

The musical aims to start appearing on Broadway in 2022. However, fans of the original film who are too eager to wait can already listen to the songs on Spotify.